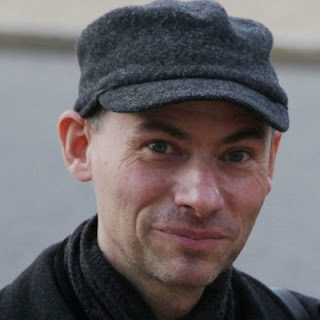 Blake Gopnik is the author of the new book Warhol, a biography of Andy Warhol. Gopnik has worked as the art and design critic at Newsweek and as the chief art critic of The Washington Post. He is based in New York.

Q: Why did you decide to write a biography of Andy Warhol, and what do you see as his legacy today?

A: Given that most art historians and critics now judge Warhol to be one of the most important artists of the postwar era, it was fairly obvious that a new biography was needed. There hadn't been a substantial one published for some 30 years, and none of his biographers had access to his vast archives, as I could now have.

Warhol recast most of our ideas about art, and about how artists intersect with the larger society, so it seemed vital to figure out precisely how he came to his achievements.

Q: You focus the first 200 pages or so on Warhol's life before Pop Art. What do you think a thorough understanding of his earlier life adds to the story overall?

A: It has often seemed that Warhol came to Pop out of the blue, as a sort of naive and accidental genius. But as I researched my book, I came to realize that he had a rich "prehistory" of training in avant-garde modernism, in Pittsburgh in the 1940s, and then of attempts to break into fine art in New York in the 1950s.

Also, given Warhol's presence in our culture as a persona, it seemed important to me to watch how that persona developed and changed over time -- much the way you'd observe changes in style in an artist like Titian or Rembrandt.

And of course the context that he came of age in, as a gay man in postwar America, seemed obviously relevant to his later effect on queer culture -- and on the mainstream's understanding of it. 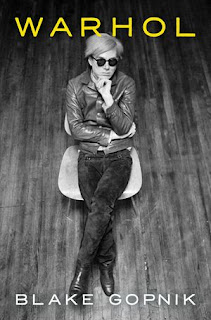 Q: In a New York Times review of the book, Luc Sante wrote, "Gopnik excels at disentangling the strands of the narrative and correcting common lore." What do you see as some of the most common perceptions and misperceptions about Warhol and his art?

A: You might say that Warhol was a myth-magnet, attracting wild tales about his doings the way Hercules or Alexander have done.

Given that I'm a bit closer in time to Warhol than to Herc or Alex, it seemed possible to cut through some of the myths of Warhol's life and get at the facts of the matter. But given the vitality of the Warhol mythology, I also wanted to put the myths on display and show how they developed over time.

Ditto for the myth that he was a dyslexic simpleton -- at best an accidental genius -- when in fact many of his closest companions described him as savvy and smart and even intellectual, a fact born out by his high-school and college transcripts.

And then there are all the surviving documents in his archive that show him engaged with left-wing politics, despite continuing descriptions of him as apolitical – descriptions that he always chose to encourage.

It's not just that Warhol has been the subject of myth; many of the myths were carefully constructed and cultivated by him. That is a central subject of my book.

Q: You begin the book with a prelude describing Warhol's almost dying after being shot in 1968. Why did you choose to start there?

A: Early in my project, a retired surgeon turned medical historian named John Ryan invited me to join him in interviewing Giuseppe Rossi, the surgeon who saved Warhol's life after he was shot on June 3, 1968.

Witnessing those two eminent doctors talk through every detail of the 1968 operation  was so gripping, for me, that I felt sure that the operation would grip  readers as well. The decision to start the book with the surgery was one of the earliest decisions I came to about the structure of the book.

And it so happens that the shooting marks one of the true hinges in Warhol's life, when he transitions from his underground persona as Prince of Pop to his role as Maven of the Mainstream at Studio 54, so beginning the book at that moment truly let me start in medias res.

Q: What did you see as the right balance in writing about Warhol's art vs. his life?

A: One of my goals in writing the biography was to achieve a better balance between art criticism (or art history) and life-writing than the earlier biographies had achieved, since they had mostly been written by general-purpose journalists.

I've spent my entire career writing about art and its history (or histories), and I wasn't about to shed that identity when I put on my biographer's hat.

After all, the only reason to write a Life of Warhol, or for anyone to read one, is because of the greatness of Warhol's art; it seemed obvious to me that the biography's central goal was to explain where that greatness lay, and how it developed.

Of course, I was wildly fortunate to be writing about an artist whose life and art are almost inseparable. One of the oldest cliches about Warhol is that he was his own greatest work; my job was to unpack that cliche and explore the truths behind it.

A: If there's one thing I want readers to understand from my book, it's that Warhol was an artist of genuine sophistication and complexity -- as sophisticated and complex as Michelangelo or Goya.

The "simplicity" that we find in his soup cans or Marilyns, or in his persona as a wide-eyed naif, is a red herring. There's no end to the depths of the man and his art.