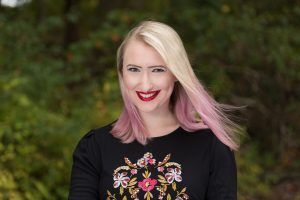 Sarah Glenn Marsh is the author of the new children's picture book Anna Strong: A Spy of the American Revolution. Her other books include Alice Across America and The Bug Girl. She lives in Richmond, Virginia.

Q: How did you learn about Anna Strong, and why did you decide to write this book about her?

A: I first read about Anna in an article highlighting lesser-known women in history who contributed to important causes.

When I began researching, wanting to know more about her, I realized she was only the second woman I'd read about in connection with the Revolutionary War, after Betsy Ross (who, of course, designed the early American flag). 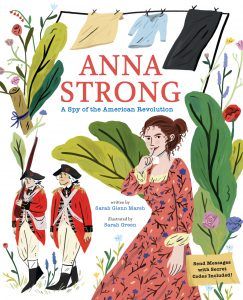 Until Anna, I hadn't known of any specific women who contributed to the war effort in such a significant way, and I wanted students to grow up having an inspiring story about someone different who was just as much a hero in this period of our country's history.

Q: How did you research Anna's life, and how well known was she during her lifetime?

A: I relied primarily on the local historical society around Anna's birthplace, the Three Village Historical Society, who have done meticulous research into Anna's life.

Like any good spy, Anna didn't have much notoriety during her lifetime, at least, not as a spy; however, she was a known associate of George Washington, and she and her husband Selah remained so close with him after the war that they named their new son George Washington Strong, so she certainly wasn't a complete unknown, either. 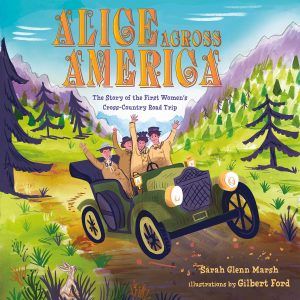 She also had relatives who were prominent in British high society, so she may have been somewhat known on the fringe of those circles, too.

Q: What do you think Sarah Green's illustrations add to the book?

A: Sarah was so thoughtful in her illustration process; my favorite tidbit is that the patterns on Anna's dresses change with each scene in a way that's meant to camouflage her in with the background, a nod to her being a spy and hiding in plain sight.

I think that's the mark of a brilliant illustrator; when they bring a whole new element to the story through their art. 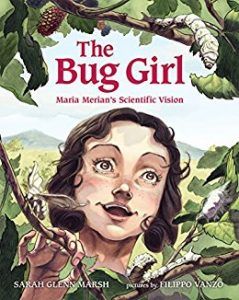 A: First, I hope they see that women can be heroes and contribute to important causes. Perhaps this story will inspire them to seek out unsung heroes of other genders who may have contributed to major historical events the way Anna did.

Second, I hope the book inspires them to be brave and stand up for causes they believe in; perhaps they'll see a bit of themselves in Anna and realize that no matter where they are in life, they too can make a difference.

A: Right now, I'm preparing a new nonfiction book for publication! It's about the amazing life of Mary Anning, who discovered several new species of dinosaur-era reptiles buried in the cliffs around her home in the U.K.

A: I also write young adult novels with Penguin Random House, and you can look for some fun news about new books from me soon!