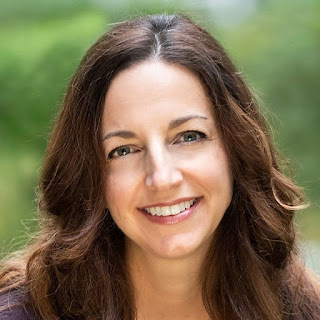 Margo Orlando Littell is the author of the new novel The Distance from Four Points. She also has written the novel Each Vagabond by Name. She lives in New Jersey.

Q: How did you come up with the idea for The Distance from Four Points, and for your character Robin?

A: I’m a little obsessed with homecomings. Where I come from, most people raise their own families in the same zip code where they were born. They run into their third-grade teacher at the grocery store. There’s a seamlessness to their life journey.

How many people can say they regularly interact with acquaintances—outside of family—who knew them as five-year-olds?

This has never been my life. I’ll probably never move back to my hometown, but wondering what it would be like if I did was one of this novel’s first seedlings.

What if moving back wasn’t just professionally and financially unrealistic, but dangerous? What might have happened to a woman who dreaded any encounter with her past life? What really makes a place home? These questions sparked the story. 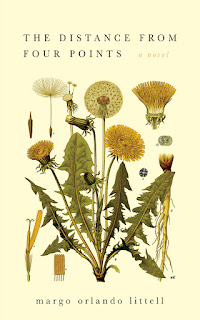 Q: The novel takes place in an Appalachian town called Four Points. How important is setting to you in your writing?

A: I haven’t lived in southwestern Pennsylvania since I was 18, but this part of Appalachia inspires all my work. There’s a lot of history in my hometown, which was once an incredibly wealthy coal and coke town, rife with millionaires. Now it struggles, as so many small towns do.

Still, shadows of its storied past remain in once-grand homes and buildings, most of which are crumbling and abandoned. I’m fascinated by these insistent, unsettling ghosts of the past, and their stark juxtaposition with the town’s grittier, troubled present.

A: Many parts of this story changed as I wrote, rewrote, and rewrote again.

In a very early version, Robin burned the house down at the end, needing its destruction for closure. That idea dissolved during years of revision, as Robin’s story took shape.

Her relationship to the house changed dramatically from first draft to last. Instead of being a curse, the house enabled her redemption. 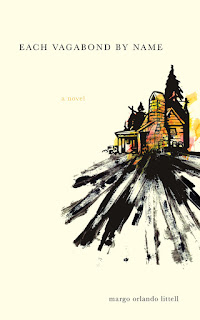 A: As Robin does, I hope readers are compelled to consider their own relationships to their past selves. What ghosts linger? Which would like to edge their way into the present, and what would happen if they do?

I also hope readers come away with new curiosity about blighted houses. So much happened to and in these homes before they became eyesores. Houses have pasts, too.

A: I’m working on two things. The first is an upmarket novel set in Barcelona, very different from my other work. This is complete, and I’m hoping to find a home for it.

The other thing I’m working on is very much in-progress. It’s also set in Appalachia, and I see it as a third book in what might become a kind of Appalachian cycle that consists of The Distance from Four Points and my first novel, Each Vagabond by Name.

A: There’s a real-life counterpart in my hometown to the house at the center of The Distance from Four Points. Just like in the novel, it’s a formerly stunning home that, over decades, fell into heartbreaking disrepair. Growing up, I drove past it all the time.

I was finally able to go inside while I was researching blighted properties for my novel, and—long story short—I ended up partnering with a friend to buy and restore this house. It has a turret and a basement tunnel.

When we failed to sell the house as a flip, we rented it out, and I became a landlord—just like Robin. In this way, my fiction became reality.