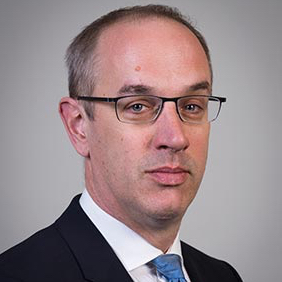 David Stasavage is the author of the new book The Decline and Rise of Democracy: A Global History from Antiquity to Today. His other books include Taxing the Rich and States of Credit. He is dean for the social sciences and Julius Silver Professor of Politics at New York University.

Q: Why did you decide to write this book focusing on the history of democracy?

A: I’ve done a lot of work on governance and states in Europe, and how we got to democracy. I wrote a paper on how democracy developed in Europe and not elsewhere, and I realized I got it wrong.

Democracy is not a European invention, it’s more of a human invention. I wanted to look at how it developed and why, and why modern democracy arose in Europe and not in the Middle East.

Q: You begin your book by writing, "Where does democracy come from, how is it sustained, and what is its future? These are questions that have a special salience today in our current age of democratic anxiety." Can you say more about how understanding this history helps us understand what’s going on today?

A: What we learned in school tended to tell us that there were ancient forms of democracy and that the founding fathers created a representative form of democracy that worked well in the United States.

If we lose sight of that—now, participation is extremely broad but not deep, and we need to think about how to make it deeper, and for people to be connected.

It’s even more of a problem in a society as large as ours today. People begin to distrust [the system]. If democracy is about governing and people distrust it, it leads to bad changes, the polarization and distrust we are experiencing today.

There has been a lot of discussion lately about whether democracy is in retreat or even dying. If we want to understand why that might or might not happen we need to look at the deep history of democratic governance covering many centuries on multiple continents. 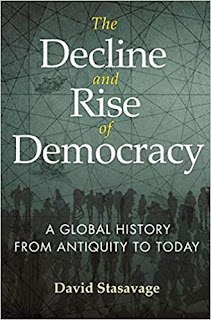 A: The book covers a lot of societies over a long time span. I can’t pretend to be a specialist [on all of them], but there are good secondary sources and good ethnographic accounts.

In Chapter 2, there’s the example of the Huron in North America. French Jesuits tried to convert them, and they wrote 70-odd volumes about them. It’s a fantastically detailed if somewhat biased account of a society with no real central state. The only way anyone could govern was to seek the cooperation of the general population.

If you get a leader who begins to create a state bureaucracy, it’s hard to supersede that with democracy. There’s a tension between the development of the state and the preservation of democracy.

I knew when I started this [book] that many societies had practiced collective governance, particularly before European conquest, but I don't think I appreciated just how widespread the practice was. I do think this gives us an entirely new perspective on democracy's origins. It wasn't invented in one place at one time.

Q: You examine various forms of government in Europe, China, and the Middle East. What are some of the key ways in which they differ?

A: China was best contrasted to Europe. It’s the European model stood on its head. There was a pattern of large centralized development with relatively advanced forms of agriculture, that was intensive and organized in a way that allowed rulers to monitor what people were doing and collect taxes.

Agricultural development in Europe at the time was more primitive. There was more uncertainty about crops and what people were doing, and it was difficult for rulers to implement an autocratic model. 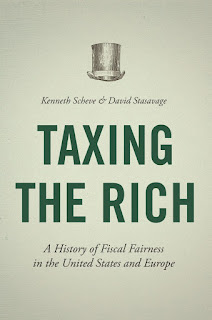 The rulers were obliged to govern with members of the population, who would form councils—the forerunners of parliaments or legislatures.

The Middle East was in between. It had a form of early democracy with a lot of consultation. The only option was collective government.

It didn’t change as a result of Islam. It changed when, as a result of the Arab conquest, the area in present-day Iraq developed intensive agriculture. The caliphs copied them, and they no longer needed people to help them govern. They were off to a more autocratic pattern of rule.

The really stark difference between these three regions was how China and the Middle East had much stronger states at an early date if we think about how much revenue they could extract from society. This went hand in hand with an autocratic model of governance.

European states were very weak through the medieval and early modern era, and it was this weakness that forced rulers to govern collectively with their people. This was the only way to do things, and it set Europe off on a different, more democratic course.

Q: What do you see looking ahead when it comes to democracy, particularly here in the United States?

A: Our system of democracy with voting, the representative way we [experience democracy], may need to evolve. You can adopt democracy in a different way.

When you go back to the early republic in the United States, the elites were not resting on their laurels and saying we have a constitution and that’s fine. They were terrified it might not work, having a democratic form of government on this scale. 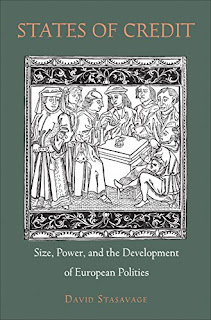 The two big efforts were the Postal Service Act of 1792, which subsidized the distribution of newspapers for a penny, and the common school movement of the early 19th century, with state-funded schools for everybody.

The idea was that if we want democracy, people need to be educated.

One of the things we have learned in recent years is that in a very large democracy like the United States it is hard to keep citizens connected with government, and this then leads to distrust and polarization.

Whether or not Donald Trump wins in November, this problem is not going to go away easily. To deal with it we need to make new investments in connecting citizens with government in a way that leaders did in the early republic.

Q: What do you think should be done to make people feel more connected?

A: One way was shown in the past few weeks. A large-scale decentralized movement went and protested to exercise their thoughts about the grave injustices done to African Americans. It’s an essential part of democratic participation. My kids are sensitized to things in a way that I was not at their age.

A second way is how online participation can work in governance. It’s only been for a short period of time; it’s something we’ll figure out over time.

The Black Lives Matter form of participation happened on its own but in some way we need the efforts of the government to get people involved.

A: The book I published before this, with a co-author, was Taxing the Rich. Democracy on its own has done little to generate equality, despite the idea that people have the same right to participate.

I suggest in the current book that when you go back to the 18th or 19th centuries, they were not worried about inequality, they worried about the radical expropriation of wealth. If our institutions were designed to contain efforts to reduce inequality, was there too much done?

It’s a tricky question. In the 19th century, as democracy was spreading in Western Europe, the elites saw that it didn’t result in punitively high tax rates for the wealthy, and that people with money could get along very well in a democracy.

That is a real question going forward, particularly after the epidemic. It could lead to a dramatic escalation of economic inequalities, correlated with race. And also gender inequalities. With Zoom and online schooling, invariably women are juggling homeschooling and kids.

Our democracy may not be very well suited to cope with this. I’m starting to write and think about those issues.

The question for us today, and all the more so in the wake of COVID-19 and Black Lives Matter, is how our democracy could actually do something about inequality.