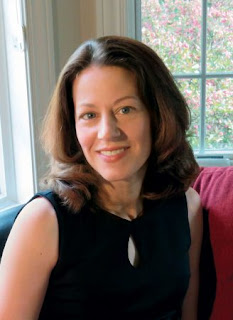 Jennifer Chiaverini is the author of the new novel Mrs. Lincoln's Sisters. Her many other novels include Mrs. Lincoln's Dressmaker and Resistance Women. She lives in Madison, Wisconsin.

Q: You've written about Mary Lincoln before. Why did you decide to return to her story in your new novel?

Mary Lincoln experienced many tragedies during her years in the White House, but two were particularly devastating—the loss of her young son Willie to illness, and the assassination of her beloved husband.

After Willie died, Mary was absolutely distraught. Elizabeth Keckly, her dressmaker and confidante, cared for her in her distress, but Robert Lincoln also summoned his aunt Elizabeth Todd Edwards, her eldest sister, from her home in Springfield, Illinois.

For many weeks, Elizabeth lived at the White House and looked after Mary until she was able to leave her bedchamber and resume some of her ordinary daily activities. 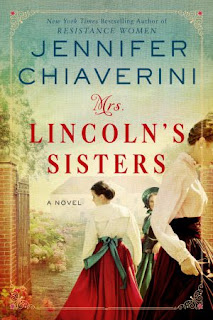 After Abraham Lincoln was assassinated, however, Mary did not ask any of her sisters to come to her, nor did Robert summon any of his aunts, so her care fell to Elizabeth Keckly and a few other friends.

At the time, I found this very curious. Why did Mary not summon Elizabeth, who had helped raise her after their mother died? Why did Mary not seek comfort from her beloved Little Sister, Emilie, who was also a widow and might have been uniquely capable of comforting her?

When Mary left the White House and returned to Illinois, anguished and grieving, why did she not go to her sisters, and why did they not come to her? I knew that they had been estranged, but if ever there had been a time to reconcile, this should have been it.

This question haunted me long after I finished writing Mrs. Lincoln’s Dressmaker, and eventually I decided to investigate and to tell the sisters’ story.

Q: How would you describe the relationship between Mary and her sisters?

A: Mary had many siblings and half-siblings, and I chose four of them—Elizabeth, Frances, Ann, and Emilie—to narrate Mrs. Lincoln’s Sisters. 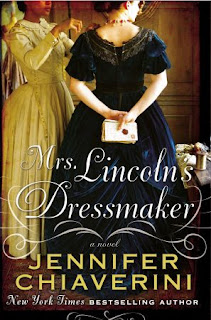 At 19 Elizabeth married, and soon thereafter she moved to her husband’s hometown of Springfield, where she often invited her two next-oldest sisters, Ann and Frances, to come for extended visits.

They were Mary’s rivals for attention and achievement, and they often banded together to put her in her place whenever disagreements erupted at home. Stifled within her strict stepmother’s household, Mary envied her sisters and ached to join them when they wrote home about the balls and parties they attended and the handsome young men they danced with.

Only after Ann and Frances married was it finally Mary’s turn to embark on her own romantic adventure. Her one regret about leaving Lexington was bidding farewell to her adored younger half-sister—pretty, lively Emilie, whose tenderness, loyalty, and appeals for harmony reminded the young women of the Todd family what sisterhood ought to be.

As the years passed and the sisters navigated their young marriages and bore children of their own, they turned to one another in times of joy and heartache, even when miles separated them, even when disagreements and petty jealousies threatened their bonds of love and family.

Q: The story is not told chronologically--did you write it in the order in which it appears, or did you focus more on one time period before turning to others?

A: I wrote the chapters in the order in which they appear. There are essentially two parallel timelines: the present, which runs from 1875 to 1882; and the past, which runs from 1825 to 1875. The two timelines converge on the fateful day when Mary attempts to take her own life. 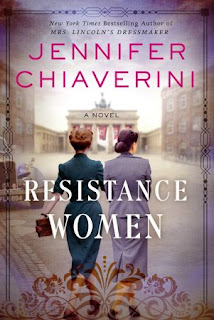 A: Despite the volumes of historical and psychological research devoted to Mary Lincoln, she remains an enigma. She was the first wife of a U.S. president to be called First Lady, and she was then and remains to this day one of the most controversial.

Regrettably, descriptions of her tend to fall into the extremes of caricature: She is either portrayed as an unstable, shrill, vicious, corrupt shrew who made President Lincoln utterly miserable, or as a devoted wife, loving mother, and brilliant political strategist whose reputation was savaged by biased male historians.

Her sisters were able to observe Mary closely in moments of triumph as well as tragedy, and so they knew her as a real woman, full of flaws and virtues and surprises like any other.

Since they are my narrators, the Mary Lincoln that readers meet in Mrs. Lincoln’s Sisters is this far more nuanced woman, shaped according to their perceptions and biases.

A: I’m working on a historical novel about the woman’s suffrage movement in the early 20th century United States. The story is told from the perspective of three different activists: Alice Paul, Ida B. Wells, and Maud Malone.

A: The Todd sisters’ fortunes were forever bound to their husband’s choices, and inevitably, the conflict that divided a nation strained—and sometimes shattered—the bonds of family.

As one state after another seceded, the sisters found themselves allied with some siblings and unexpectedly opposed to others.

Mary’s staunchly Unionist and abolitionist beliefs were well known to her close friends and family, but were constantly scrutinized and condemned by everyone else.

Northerners questioned her loyalties since she had been raised in a slaveholding family and her brothers fought for the rebellion, while Southerners condemned her for renouncing her southern heritage.

With the family so fractured, as the war churned on, the sisters knew it was bound to end in tragedy for some—and therefore unhappily for all, for none of them could be truly happy while a sister suffered.