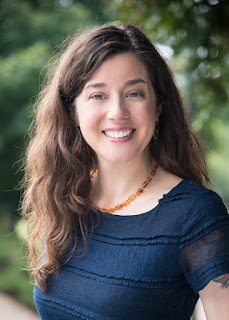 Ginger Eager is the author of the new novel The Nature of Remains. Her work has appeared in a variety of publications, including Bellevue Literary Review and The Georgia Review, and she lives in Georgia.

Q: How did you come up with the idea for The Nature of Remains, and for your cast of characters?

A: Around 2005, I went with a friend to look at a farmhouse that was for sale. This place was remote. We drove through a creek to reach the house. The owner told us that he had tenants moving out but that they would be gone when we arrived. He told us the front door would be unlocked and said we should just go in and look around.

When we arrived, ours was the only vehicle in the yard, but we knocked at the door anyways.

There was some stomping and shuffling inside, and then the heat-swollen door was forced open a few inches. The woman who peered out was in the grips of something mean. Her skin was trauma aged, and I’m not sure when she’d last eaten a decent meal.

“My husband is down at the pond,” she said. “He’ll shoot you if he sees you. He don’t welcome visitors.”

We thanked her and left. That afternoon, my friend called the owner, and he confessed that the home was occupied by squatters. He was unable to get them out of the house.

The theory that there should be no homeless because there are enough homes for all feels morally right to me. 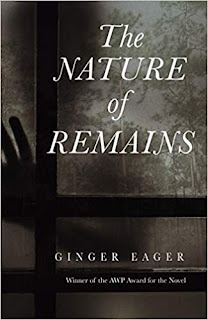 I kept thinking of that woman, and wondering how she’d ended up in the situation in which we found her.

When the housing market crashed around 2007, and people I knew began to lose their jobs, businesses, and homes, I began to write.

Q: The novel takes place in a town in Georgia--how important is setting to you in your work?

A: I’ve discovered that I cannot write a place unless I know it in my bones. I’ve been at work on my next novel, and when I first started I planned to set it in the swamps and marshes of southern Louisiana. I took a research trip and read several novels set in that area and then I began to write.

I kept getting stuck on details.

For instance, I wouldn’t know the bird that a character might see as she walked along a riverbank in spring. I could go to a bird book and answer that question, but I couldn’t turn the bird into more than a 2-D image in my imagination. I didn’t know the bird’s flight pattern, or how it fed, or how it behaved in the company of other birds.

I reworked the plot so that it takes place in south Georgia and this seems to have worked. I’m from the northern part of the state, the Piedmont, but I have family in the Coastal Plain. I’ve spent time there as more than a tourist. I know the swamps and marshes of Georgia in a specific way: swamp iris, anhinga, hog-nosed snake.

A: I worked first with the 2009 plotline. It was important to me that the recession affect the fate of  every character in the contemporary story. This doesn’t mean that every character is directly affected. There are so many forces acting upon us of which we have only the faintest awareness. I wanted the novel to reflect this truth.

So we have Jonathan, whose job at the concrete plant is directly affected by the collapse of the housing market, and we have his wife Lexie, whose commitment to her marriage erodes as Jonathan’s anger and anxiety escalate.

We have Bird, economically untouched by the recession. But when he decides to sell his life insurance business and retire, his secretary, Doreen, creates a plan to steal his business from him rather than face unemployment in a small town with little work.

I did a lot of research on the construction materials industry to write the 2009 plotline. My husband is a geologist who works in aggregates, so I had access. I toured a cement plant and interviewed several people. I read trade magazines.

I did less research into the insurance industry—a long conversation with a friend in the business was enough to answer the questions I had.

I wrote the novel in close third person, which is similar to first person in terms of the information that a single character can know. There was information I needed to give the reader about Bird’s teenage years that he wouldn’t be able to properly convey as his adult self.

I also needed the reader to see Doreen’s mother, but more sympathetically than could be done through Doreen’s adult eyes. The events of 1958-9 became their own plotline.

There were so many details that I tried to get right.

The extended geological metaphor undergirding the novel demanded research too. I live with a geologist, so I’ve had a couple of decades of impromptu field lessons at this point, but I still needed to read several papers on crystal formation.

I also hope readers get sucked into the narrative and stay up too late finishing one more chapter.

A: I’m working on another novel. It is set along the Altamaha River in coastal Georgia.

A: If you’re curious about The Nature of Remains, you can read the introduction to the first section on my website: www.gingereager.com.