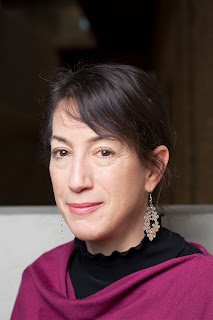 Rebecca Earle is the author of the new book Feeding the People: The Politics of the Potato. Her other books include The Body of the Conquistador and The Return of the Native. She is professor of history at the University of Warwick, UK.

Q: Why did you decide to write this book about potatoes?

A: My journey to this book started a long time ago. I thought of myself as a historian of Spanish America. The last project I did before getting interested in potatoes involved what the Spanish settlers in Latin America thought happened to their bodies when they ate unfamiliar food.

People thought about their health in terms of maintaining stability and not changing their whole lifestyle. Food turned out to be really important in keeping their body on a level plane. Too much unfamiliar food was destabilizing. Particularly starchy food like potatoes and corn—too much was seen as really bad for you.

I was aware that at the time that settlers in Peru were saying it was “iffy food,” potatoes were going global. I got interested in how the potato, which in Spanish colonialism was seen as dubious—how did it travel through the whole world? 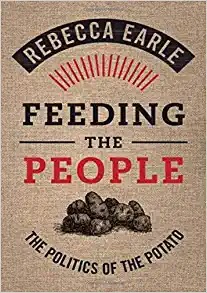 A: Another reason I got into writing about potatoes is that the story about how potatoes spread into Europe in the 16th and 17th centuries never sat right with me.

It was particularly satisfying to find I was right to be suspicious. Most people in Europe distrusted potatoes. They weren’t in the Bible; they were lumpy and peculiar. People were flummoxed by them. Nobody would eat potatoes until farsighted aristocrats [led the way] and poor people learned to eat potatoes.

That really bothered me, the idea of the gullible peasants and enlightened monarchs. There’s evidence that the first people to grow potatoes were small farmers and peasants!

A: I think of the modern world as shaped by capitalism. The Enlightenment idea helped create modernity, and potatoes are a way of thinking through that. 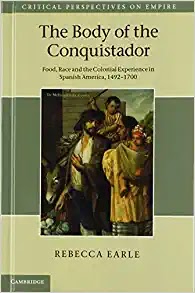 The Enlightenment idea was to focus on the individual, the freethinking autonomous individual. That was the basis of democracy, of the modern world—that’s how we build society. It’s what Kant wrote about, making your own decisions.

Also emerging in the 18th century was the idea of society as a collective, to be individuals but not spiral off in [many different] directions.

This underpinned classical economics. Adam Smith wrote about people making self-interested choices that flow together. It’s a recipe not for chaos, but for individual choices to organize the self into something that still works.

Why potatoes? It’s a way of thinking about that. How does it work that individual choices lead to a well-functioning society, and is that really true?

There are tensions about public health and eating that go right to that tension. There’s the idea that we should choose what we eat, but we’re concerned that if everybody else makes bad decisions we will be an uncompetitive [society]. The tension is between organizing ourselves but wanting government organization.

The debates about potatoes emerged in the 18th century. Potatoes were at the heart of many debates. People should eat potatoes—we’re not ordering you, but you ought to do it.  You can get to tensions about where we sit in relation to the collective. 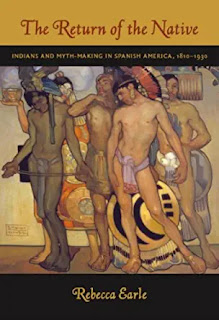 Q: What do you see looking ahead when it comes to the intersection between food and politics?

A: The situation we are all in right now is making people think about food.

There was an open letter a novelist in Italy published when Italy was in lockdown, a letter from your future, a list of things we are going to be doing. It said you’ll eat, and then you’ll eat again. There are not that many other things to do. Food is looming large in people’s minds.

There’s an interesting article by Michael Pollan in the New York Review of Books on meat-packing plants, where social distancing is impossible. Thousands of people have died of the virus, and he looks at their health and the health of eaters.

Whether this will stick, I don’t know.

Q: You include some recipes in the book--how did you choose them?

A: I wasn’t going to put recipes in, but to their credit, the publishers said they wanted recipes! I doff my hat to Cambridge.

I was trying to look for recipes that exemplified the point I was trying to make in that chapter. If I’m saying there was a late 18th century vogue for creating soups for the poor using potatoes, I would find a recipe. It’s partly looking at it as evidence, and looking for things that were surprising.

A: Online teaching. I’m head of the department in the history department at Warwick, and my life has been taken over by what the pandemic has done to university teaching.

My aspiration is to look at recipes as archives of women’s lives. Women who didn’t write letters had a dogeared cookbook or collections of recipe cards. It’s how we use these sources to open up stories.