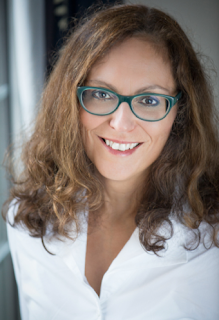 Marisel Vera is the author of the new novel The Taste of Sugar. She also has written the novel If I Bring You Roses.

Q: How did you first learn about the Puerto Rican community in Hawaii, and at what point did you decide to write this novel?

A: While I was conducting research for my previous novel, If I Bring You Roses, I stumbled over a fact I found astounding: Over 5,000 Puerto Ricans migrated to Hawaii in the early 1900s because of a destabilized economy and a devastating hurricane.

I immediately knew that it would be the subject for my next novel, what would become The Taste of Sugar.

There is a special place in my heart for people who have to leave home. When he was only 18 years old, my own father left Puerto Rico to work. He yearned to save enough money to buy a little farm back on the island, but he died never realizing that dream.

I kept thinking of those thousands of Puerto Ricans journeying to Hawaii in the early 20th century when traveling was so long and arduous. I had so many questions.

Who were these Puerto Ricans? Why did they leave Puerto Rico? What kind of hardships did they endure in Puerto Rico that convinced them to take the chance that life in Hawaii would be better? What was the journey like? Did they regret leaving? Did they ever return back home?

The Taste of Sugar is my attempt to learn some of the answers to these questions.

Q: What kind of research did you need to write this book, and did you learn anything that especially surprised you?

A: There was so much I didn’t know about life in Puerto Rico and Hawaii in the late 19th century and early 20th century. 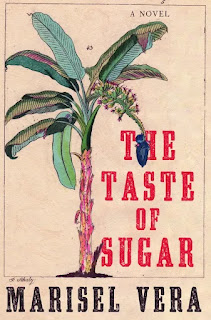 I had to learn so much to be able to build the worlds within The Taste of Sugar—I read many, many books and articles in both Spanish and English to educate myself on slavery in Puerto Rico, coffee farming, the roles of men and women, the towns and countryside of Ponce and Utuado and San Juan where my characters live, Hurricane San Ciriaco, Puerto Rican and American politics, the Spanish-American War, the U.S. invasion of Puerto Rico, the Missionary takeover of Hawaii, and so much more! (I found it fascinating because I love history.)

I list some of my research in my acknowledgments.

At first what surprised me most was that, with the exception of U.S. citizenship in 1917, little has changed for Puerto Rico and its citizens. But that was before Hurricane Maria.

In The Taste of Sugar, I wrote about the great 1899 San Ciriaco Hurricane’s devastation on Puerto Rico and its people before Hurricane Maria in 2017. Both hurricanes wreaked havoc on the island, causing thousands of deaths.

After Hurricane Maria, as with San Ciriaco, the American people donated money to help the Puerto Rican people while the U.S. government’s aid was limited and conditional. In both scenarios, thousands of Puerto Ricans left the island.

That, over a hundred years apart, the aftermath of Hurricane San Ciriaco and Hurricane Maria is so eerily similar is shocking.

A: I never know how my novels will end.

I start with something I want to write about and then I think about who will tell the story. Women have often been silenced in the Puerto Rican culture (and, still, often are), which is why I always choose a female protagonist.

However, I also like to tell multiple stories within the larger narrative, so I listen to all the voices clamoring for attention.

My main criteria is that I must find my subject so fascinating that I won’t mind how long it takes to tell my story, to say everything I want to say. 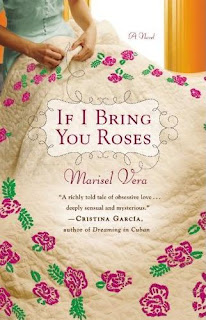 In The Taste of Sugar, I wanted to tell the story of a particular time in history when Puerto Ricans left to work in the Hawaiian sugar plantations. I chose to tell it through the lives of Vicente Vega, who wants only to grow coffee on the mountain in Utuado, and Valentina Sánchez, who dreams of city life and foreign travel.

Q: The writer Cristina Garcia said of The Taste of Sugar, “Marisel Vera has written a compassionate, unforgettable, richly detailed novel about colonialism in all of its guises, offering us little-known stories from the past that are essential to understanding the present.” Can you say more about the connections you see between the time period you write about and today, and what you hope readers take away from the book?

For example, in 1901, Congress decided that Puerto Rico was to be an unincorporated territory belonging to but not a part of the United States. That meant that Congress has plenary powers over Puerto Rico and can do anything it wants with Puerto Rico—even sell it.

Today, in the year 2020, the people of Puerto Rico still cannot vote for president and have no voting representation in Congress, yet Puerto Rico must abide by laws and taxes imposed by the U.S. government.

A present example is when Congress excluded Puerto Rico from bankruptcy code. In 2014, Puerto Rico created its own bankruptcy laws. Two years later, the U.S. Supreme Court overruled them. That is taxation without representation.

For my readers who didn’t already know, I hope when they read how Puerto Rico became a U.S. colony, they’ll understand how present-day Puerto Rico is still at the mercy of the U.S. Congress.

I hope that as readers follow the lives of Vicente Vega and Valentina Sánchez, they’ll see some of the big and small ways that colonialism beats people down—taxes, loss of jobs and income, separation of families, cultural erasure, etc.—and sometimes, people don’t feel that they have any choice but to leave their homes and loved ones, perhaps, forever.

A: I’m writing a play about the U.S. government’s population control policies that were tested on Puerto Rican women. I’m crafting this story in collaboration with my daughter, Alyssa Vera Ramos, who is an actor and director.

I’m also working on a new novel set in the 1970s about Puerto Ricans living in an inner-city Chicago neighborhood called The Girls from Humboldt Park.

A: The Taste of Sugar will be published by Liveright/Norton in June 2020 and is available from your favorite bookseller! Thank you, Deborah, for hosting me on your blog!