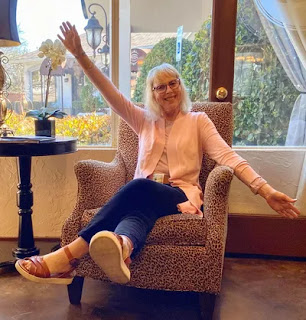 Kathleen M. Rodgers is the author of the new novel The Flying Cutterbucks. Her other novels include Seven Wings to Glory and Johnnie Come Lately, and her work has appeared in a variety of publications, including Family Circle and Military Times. She lives in Texas.

Q: How did you come up with the idea for The Flying Cutterbucks, and for your character Trudy?

A: Trudy and my other characters in the Cutterbuck family started tugging at my heart shortly after the 2016 presidential election. While some Americans cheered, including neighbors and friends, I experienced a deep and abiding grief. And anger.

Despite what the sitting president would like the American people to believe, not all veterans and military families like mine support him. And most certainly not all women!

Trudy appeared to me one day as I was driving to an appointment.

As I gripped the steering wheel and focused on the traffic around me, Trudy let me know she’d been a twirler in high school, her Air Force pilot dad had been missing in action in Vietnam for decades, and that she’d walked away from her own flying career to help her aging mother sift through the layers of loss while Trudy herself needed to sift through the layers of her own memory to get to the truth. 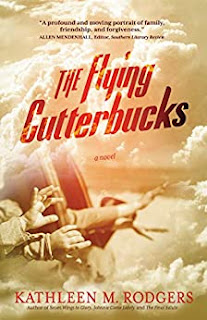 Teaser: Set against the backdrop of the presidential elections, The Flying Cutterbucks explores the fierce love and loyalty of a family of women over generations. Decades ago, Trudy, Georgia, and Aunt Star formed a code of silence to protect each other from an abusive man who terrorized their family. One act of solidarity long ago lives with them still. With the election of a president who brags about groping women without their consent, old wounds and deep secrets come alive again, forcing hard truth to be told and even harder truths to be left to the dead.

Q: The novel is set in a town in New Mexico. How important is setting to you in your work?

A: Setting is simply the atmosphere where human and animal characters interact and live out their lives within the framework of a story. For this book, I tried to show the reader what eastern New Mexico feels like, smells like, taste like, looks like and how that affects each character.

I was born and raised in Clovis, New Mexico, home to the Santa Fe Railroad, Cannon AFB, and the Clovis Wildcats. Eastern New Mexico looks more like West Texas, lots of ranchers and farmers and small towns. In some ways, my novel, The Flying Cutterbucks, is a love letter to the land of my birth. 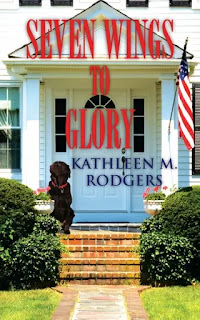 Q: The book takes place around the time of the 2016 presidential election. What did you see as the right blend between the personal and the political as you wrote the novel?

A: First, I don’t consider myself a political person, but all that changed after the 2016 election and my participation in a local Women’s March the day after the 2017 inauguration.

As a writer who’s never shied away from tackling difficult subjects, I felt a responsibility to give voice to those who are afraid to speak out because they fear by doing so they will appear unpatriotic.

While most Americans respect the office of the presidency, that doesn’t mean we have to respect the sitting president, especially one who considers women as sex objects, separates migrant families, and disrespects Gold Star Families.

A: There’s a line in the story where one of the characters sings out the phrase during a joyride down a country road. The phrase is used a couple of times and is symbolic of family and the aviation theme that runs throughout the narrative.

A: HOPE. Hope for our democracy. Hope for women and men to feel empowered enough to speak out against injustice and oppression. Hope for anyone who’s suffered in silence at the hands of someone else. 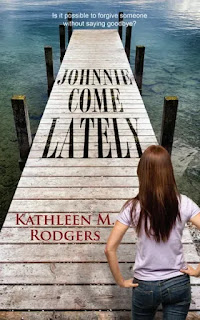 Being an activist takes courage and sometimes all we need is a little nudge from someone else.

I also hope my story gives some readers permission to become more tolerant of others. To accept others who are different from ourselves and to not feel threatened by those differences.

A: Another novel set in a small town in eastern New Mexico, where water and opportunity are as rare as a mermaid sighting.

Three sisters and two friends form a secret club and dream of the ocean. But betrayal and broken promises threaten to tear everyone apart, and friendships and family bonds are tested. Since I already know how the book will end, I'll write toward that vision.

A: For me, the global health crisis forced me to question my work as a writer. In those first few weeks I asked myself if my stories mattered in the big scheme of things. Then others kept showing up for me.

When I wanted to curl up in a fetal position in fear, an email from my agent would arrive with material from my publisher to look over. Or author friends would text me to check up on me or tag me in a post on social media.

And that includes you, Deborah Kalb. Your endorsement arrived in my inbox along with this set of questions. And you gave me a reason to SHOW UP. Thank you again for reading my book. Take good care and stay safe.