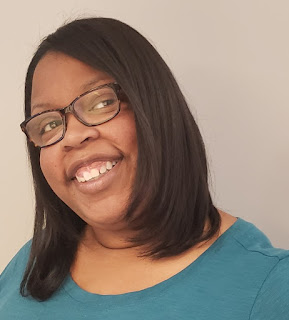 Catherine Adel West is the author of the new novel Saving Ruby King. Her work has appeared in a variety of publications, including Black Fox Literary Magazine and Five2One. She lives in Chicago.

Q: How did you come up with the idea for Saving Ruby King, and for your cast of characters?

A: I think it’s safe to say I took heavily from experiences in my life. The Potters were based on my family, from the tortured pastor father to the selfless supportive mother to the artistic younger brother.

Originally, Saving Ruby King began as a story of conflict between Layla and her father Jackson. Ruby at first was a minor character, but her influence and story grew with the evolution of the book until it became wholly about her.

As I always LOVE a good bad guy and a novel needs conflict, I developed Lebanon as an equal of Jackson, but someone his almost moral opposite.

However, I wanted to develop Lebanon in such a way that he wasn’t just “bad” or morally ambiguous for its own sake, but it was to show a journey of how we are all sometimes subject to the choices our parents make thinking an effect is singular, not realizing how profound certain actions can be and how those choices and actions can affect generations.

Q: You tell the story from various characters' perspectives. Did you write the book in the order in which it appears, or did you make many changes along the way?

Originally the book opened with Ruby, but my lovely editor Laura Brown (Park Row/HarperCollins) suggested I add a prologue and I then decided the prologue should be told from Alice King’s perspective. 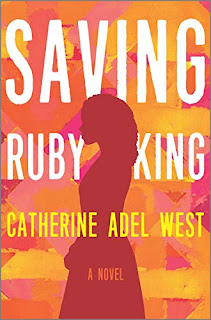 I wanted readers to get a little taste of Alice, who she is and how she views her life and role in the community and the world at large.

I made so many changes to Saving Ruby King. I often joke I wrote 20 books because of the many developmental edits it went through.

There was another POV told from another character’s position. There was also another full timeline that took place in the 1970s. To top it off, in one version of the book, I had a prologue that began on a snowy night in March 1979 with a young Jackson Potter.

In the end, Saving Ruby King turned out better than I could’ve hoped as the trimming I did with timelines and characters wholly contributed to the story being easier to follow and not so bogged down by unnecessary details. I totally had to kill some darlings.
Q: What role do you see the church playing in the novel?

A: The black church plays a huge role in Saving Ruby King. Writing this novel began as a tool to try and understand me and my father’s loving but complicated relationship.

Much of our conflict came from who he presented himself to be in front of others while in church as opposed to the man I witnessed day-in and day-out. It also stemmed from my inability to be forgiving of his faults.

Church, and its emphasis on morality and being as close to godly as possible, heavily influenced my life.

Saving Ruby King certainly places emphasis on religion, but not for the means of conversion.

It’s a cultural touchstone, a way in which the black community interact with one another and establish traditions extending far beyond the four walls of a building; a way in which we try and enrich our surrounding communities thereby retrieving the dignity and power we feel stripped from us daily as a result of systemic racism both locally and nationally.

Q: Most of the book takes place in Chicago. How important is setting to you in your writing?

A: Chicago is my hometown. I was born and raised there. I still live on the South Side and proudly so. I believe showing the South Side of Chicago, in all its magnificence and temporal volatility, was important.

To understand the Potters and the Kings, it is vital to know Chicago: its history and neighborhoods, its politics and people. More importantly, the South Side of the city and its people need to be shown for their beauty in all its complicated grit and glory.

Without Chicago, Saving Ruby King wouldn’t be half the story it turned out to be.
Q: What are you working on now?

A: I’m currently working on the prequel for Saving Ruby King focusing on one of the characters and her time in Memphis, Tennessee in the early 1960s.

I’m also working on a story about Lebanon King after the events of Saving Ruby King.
Q: Anything else we should know?

A: I’ll be having quite a few virtual book events during the summer. I have the events on my website, www.catherineadelwest.com. You can also find me on Twitter and Instagram under @cawest329.