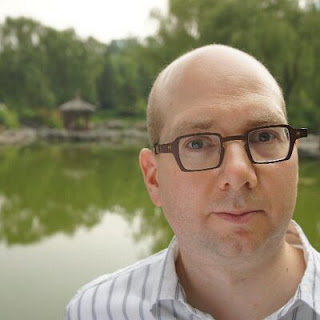 Michael Schuman is the author of the new book Superpower Interrupted: The Chinese History of the World. His other books include Confucius and the World He Created. He has spent 23 years as a foreign correspondent in Asia.

Q: You begin the book by writing, "There is no such thing as world history, at least not one that holds the same meaning for everyone." How do you understand the concept of world history, and what inspired you to write this book?

A: I see world history as a collection of “strands,” each with its own larger-than-life personalities, defining evens and pivotal turning points. Which “strand” is most important to you depends on who you are and where you live.

For instance, if you are from the “West” – Europe and its offshoots, like the United States – there are certain elements of your “strand” that define what you believe, how you live and the nature of the society around you – the philosophers of Athens, the Roman republic, Columbus’s “discovery” of the New World, the Reformation, and so on.

However, if you’re sitting in, let’s say, India or Japan, these events and people have held much less meaning, especially until very recent times. Instead, you are influenced by other “strands,” populated by different characters and driven by different critical moments.

I realized that China has followed its own “strand” of world history, and that “strand” has shaped the worldview and self-image of modern Chinese society. The Chinese have their own myths, heroes, villains, thinkers, poets, good leaders, bad leaders, battles won (and lost) – their own version of world history that has made China China.

I decided to write this story, this Chinese history of the world, since it is not well-known or fully understood outside of East Asia. 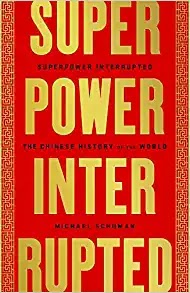 Knowledge of this “strand” is absolutely crucial right now. If we in the United States are ever going to contend with a rising China, we need to know more about the Chinese experience and how it influences the way China perceives and interacts with the world around it.

Q: You've written about China for quite a while--did you need to do additional research to write this book, and if so, did you learn anything that especially surprised you?

A: This book required three years of intensive research. I thought the best way to tell the Chinese history of the world was to let the Chinese tell it themselves. The narrative of this book is based on the writings and ideas of Chinese historians, scholars, poets, philosophers and statesmen, going back 3,000 years.

Nearly all the direct citations in the book are translations from Chinese texts, documents and literature, starting with the “classics” of antiquity, and continuing to the speeches of today’s president, Xi Jinping.

What struck me most is how tenaciously the Chinese have held onto certain notions of foreign policy, century after century, from ancient to modern times.

For instance, some of the earliest writing we have from China shows that the Chinese believed their civilization to be superior to others. Chinese civilization was civilization; those who did not adhere to Chinese ways were simply “barbarians.”

That perception of Chinese exceptionalism greatly influenced their relations with other peoples and states throughout much of Chinese history. The Chinese emperors saw the world as a hierarchy of societies, with China’s natural position at its apex, and they expected other peoples to acknowledge and accept the superiority of China.

The emperors are gone, of course, but you can still see elements of this thinking in how Beijing deals with other countries today.

A: The title was meant to convey, in just a couple words, how the Chinese see their history and their role in the world: China was always a superpower, and will (and should) be a superpower again.

We tend to talk about China as an “emerging” country or a “rising” power. That’s not how the Chinese see things at all. The decline of China on the world stage over the past 200 years was merely an “interruption” of the norm, a measly handful of pages in the multi-volume Chinese history of the world.

Now the current leadership is “making China great again” – restoring the nation to its rightful position on the world stage, the one China held throughout much of its epic history, as a superpower, on top of the world order. 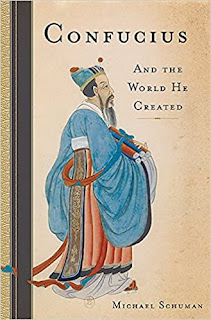 Q: What do you see looking ahead for China and its place in the world?

A: Throughout China’s very long history, the Chinese have always preferred to engage with the world on their own terms.

When the Chinese empire was strong, the emperors would insist that other peoples and governments follow norms and rules of diplomacy and trade that they created.

When the Chinese were militarily weak, invaded by outside powers or politically fragmented, and had no choice but to submit to the diplomatic practices or demands of foreigners, they resented it. The Chinese were quick to reassert their own rules as soon as they regained the muscle to do so.

We could be seeing that happen again today. For the past 150 years, the Chinese have been forced to live within a global order crafted and led by Europe and the United States because they  did not possess the power to challenge that order.

Now, as China again rises in stature and wealth, Beijing may be trying to, once again, change global norms based on its own worldview, rather than abiding by the existing system.

In Washington, people tend to talk about how to accommodate China within the global order the U.S. leads. But the Chinese may simply not want to participate in that system and may aim to undermine it or alter it based on their own worldview and interests, as they have so many times in the past.

A: I’m thinking of writing a memoir next, but not sure yet. I’m still recovering from this book!

A: The most important question facing the world over the next 50 years is: What does China want? I think my book helps answer that question – What China always had, or more specifically, what the Chinese believe they always had.

The Chinese think they were always at the top of the world pyramid of civilizations and after a rough two centuries of war, poverty and national humiliation, they want to return to the role in the world they firmly insist they deserve.