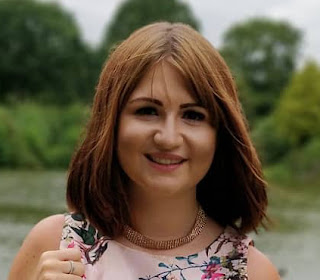 Q: How did you come up with the idea for That Dog!?

A: After Big Cat, I really wanted to create a book with a similar humour to appeal to the dog people. I called upon some of my favourite things: crime shows, furry friends, and silliness, and combined them to make That Dog! happen.

The story actually began with the clumsy dognappers mistaking a baby for their favoured pooch, and the hilarious mix-up that ensued. But, along the book's journey, my publishers and I decided that there was far more humour in Penny and Pat mistaking other pets for their desired canine.

Q: Did you work on the illustrations first or the text, or did you create them simultaneously? 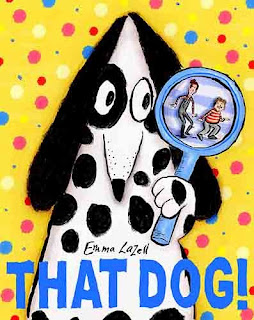 Although, the story did change multiple times along the way, and often this was as a result of problem-solving in my illustrations. The very beginnings of That Dog! began as illustrations in my sketchbooks. I started off with pages and pages full of doodles of dogs getting up to mischief, and after a while, a story began to take shape.

Q: How did you get interested in creating children's picture books?

A: Making picture books had been my dream career for a long time. I’ve been in love with a good story all my life.

As a child I always knew I wanted to do something creative, and after a degree in illustration, a few years working in schools and a house full of collected picture books, I decided to do an Masters of Arts in children’s books at Cambridge School of Art, and it was there that my debut book, Big Cat, took shape. 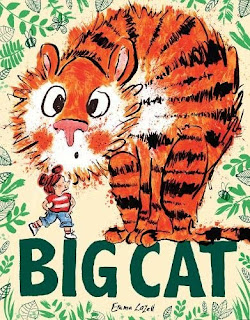 A: I hope mostly that they have a really good giggle! But also I think that the story has some clear takeaway messages about loyalty, bravery, and right and wrong.

A: At the moment I am working on a story for the youngest readers about a bear and his potty, and also a fun and empowering story set in a dinosaur art school. I’ve also been using my time during the pandemic lockdown to experiment more in my illustrations, and painting the wildlife in my surroundings.

A: While I’ve been at home during the lockdown, I have been busy creating That Dog! drawing videos, character workshops, sneaky peeks into the book, and lots more interactive resources. Find them all on Instagram @emmallazell.