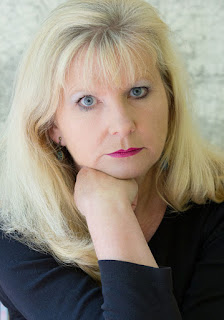 Tessa Harris is the author of the new novel Beneath a Starless Sky. Her other books include The Anatomist's Apprentice. Also a journalist, she lives in the Cotswolds in the UK.

Q: You write that you first came up with the idea for Beneath a Starless Sky 30 years ago. What were some of the steps along the way to writing the novel?

A: It was certainly a very long publication route, although this is actually my tenth published novel, so I’ve learned an enormous amount about my craft along the way.

The finished product is certainly very different to how I originally envisaged it. For a start it was a time-slip novel, veering from the 1930s to the 1990s.

There were also two protagonists: one was Lilli (although she wasn’t called Lilli then but Greta) and a German professor who was, unbeknown to him, Lilli’s son. The novel followed his quest to track down the film star mother he only discovered he had after the deathbed confession of the man who brought him up.

After a few initial rejections, I put it in a drawer and started writing other novels while working as a full-time magazine editor.

One day I was given the chance to interview the wonderful Hollywood star Leslie Caron and I was staggered by how much her own story mirrored Lilli’s journey. Life imitating art, as they say.

I discovered that she had grown up in a poor family in Paris and taken ballet classes. She was also malnourished after living through the Nazi occupation, but she was spotted by none other than the great dancer Gene Kelly just after the war and whisked off to Hollywood where, of course, she danced with Fred Astaire in Daddy Long Legs. (The novel was originally titled The Woman Who Danced with Fred Astaire.)

Her story gave me the impetus to carry on with my own. My commitments to my original publisher meant I had to finish two murder-mystery series before I could concentrate on this book fully, but I really believed in it and, luckily, so, too did HQ Digital.

Q: How did you research the book, and what did you see as the right balance between fiction and history as you worked on it?

A: I’m a journalist as well as a novelist, so facts are my bread and butter. I regard writing historical novels as painting by numbers. You have a framework – the facts – and then you have to add the colours – the story and characters.

Truth, they say, is stranger than fiction. If I had invented the plot regarding the Duke and Duchess of Windsor and Hitler’s plans for them as revealed in Beneath A Starless Sky, readers would have thought it outrageous and fanciful.

As it is, I could barely believe what I discovered during my research regarding the royal couple. It’s an area of history that hasn’t been covered very widely in fiction and I thought it was very fertile ground for a novel.

As for research, I read several biographies and histories and also learned a lot from my 92-year-old German mother-in-law, who was forced to join the Hitler Youth Movement. 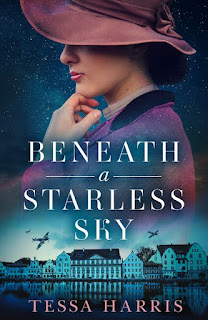 Q: How did you create your character Lilli Sternberg?

A: Lilli is an amalgam of strong women I’ve known or read about. Although I gave up ballet dancing aged 11, I know how much dedication and determination you need to succeed. “Dance through the pain” is what Lilli’s teacher tells her repeatedly in the novel and it becomes her motto in life, but with dire consequences.

Elements of her backstory were also inspired by Leslie Caron, as I’ve said, and by another dancer, an Austrian Jew named Tilly Losch, who, like Fred Astaire and his sister Adele, mixed with high society and were friends with royalty. She also made it big in Hollywood.

A: Yes, more or less. So many readers have said how they love the ending, and many have been reduced to tears by it. Even when my publisher talked about the rewrites, I said I had to keep the ending. It meant so much to me and, clearly, to others as well.

A: My next e-book is out in December. It’s called The Secret Listeners and is also a WWII novel, but this time the action is mainly in England.

Set in Trent Park, near London, which was a mansion that housed captured German generals, it tells the story of the men and women who worked there in complete secrecy, recording the conversations of the German prisoners.

Microphones were hidden in lamps and even outside in bushes so that everything that was said was recorded. In terms of what was discovered about the enemy, it’s second only to Bletchley Park.

For example, the listeners were horrified to hear the generals talk about the massacre of thousands of Jews, which had only been rumoured before. The generals also inadvertently revealed details of Hitler’s V2 rocket.

I think it’s the first novel to be set against this backdrop because, until quite recently, the vital work carried on at Trent Park was classified, so it’s really exciting.

A: I’d like to pass on to other writers something that this whole process has taught me: nothing you write is ever wasted. Never throw away anything. Never delete a paragraph. Just cut and paste your prose and file it away. It may contain a nugget that you can dig out and display in another novel one day.

I still have manuscripts I wrote before the invention of the PC! There’s one, in particular, that I’m hoping to dust off and rewrite in the near future. It was a contemporary novel when I wrote it back in the 1980s, so if I wait another decade it’ll be classified as historical fiction, too!