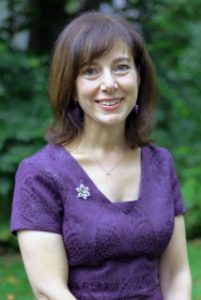 Reyna Marder Gentin is the author of the new novel Unreasonable Doubts. Her work has appeared in a variety of publications, including The Westchester Review. She worked as an attorney for many years, and she lives in Scarsdale, New York.

Q: How did you come up with the idea for Unreasonable Doubts, and for your character Liana?

A: When the novel opens, Liana is a young attorney working in a public defender’s office struggling to balance her idealism with the realities of the hardened criminals she represents.

I worked as a criminal defense attorney in New York City for almost 20 years, and the legal aspects of the novel were inspired by cases that I handled. Liana’s commitment to the work coupled with her profound questioning of her role was emblematic of many of my colleagues and myself at some point in our careers.

Liana’s personal conflict, which centers around her ultimate choice between love and something more dangerous, is entirely a product of my imagination.

Q: The book begins with a quote from Rabbi Menachem Mendel of Kotzk: "There is nothing so whole as a broken heart." Why did you choose to start with this quote, and how does it relate to the novel? 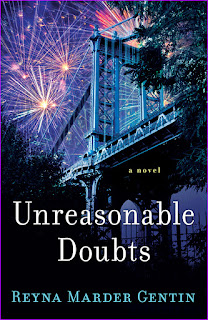 A: One aspect of Liana’s coming of age in the novel is her exploration of concepts of justice and love with a traditional, if unconventional, rabbi. I was interested in finding an epigraph that would set that tone. I have always loved this quote.

To me it means that to experience true joy and true love, and to really be grateful for one’s blessings, on some level one also has to know the depths of despair. In the novel, Liana is in danger of losing everything, and only then does she realize all that she has.

A: I definitely had the contours of the ending in my mind before I started writing, but also made many changes along the way.

One big change came after several years of revising, when a fellow writer suggested what seemed like a seismic change to me at the time. Where I had envisioned Liana wanting to get married and her boyfriend Jakob being reluctant, my friend suggested that those roles should be reversed. This was a game-changing moment for me in writing the novel.

Q: How was the novel's title chosen, and what does it signify to you?

A: I chose Unreasonable Doubts because it captured both the legal standard of how a jury determines a defendant’s guilt (beyond a reasonable doubt), and because Liana is riddled with doubts throughout the novel – doubts about herself and her professional choices, doubts about her boyfriend, and doubts about her client’s guilt and his intentions toward her.

Some of these doubts turn out to be reasonable and others unreasonable, and figuring out which are which is critical to her development as a woman.

A: I’m currently working on two projects. I have a completed first draft of a middle grade novel entitled My Name is Layla which I am shopping to agents. And I have just begun a new novel with a working title Jackie and Lou, which is a love story of sorts about family and the ties that pull us in different directions.

A: Embarking on a new career in my 50s is incredibly exciting and a bit terrifying at the same time. I love writing, and I’m learning a tremendous amount about the business of getting the word out. I appreciate this opportunity!