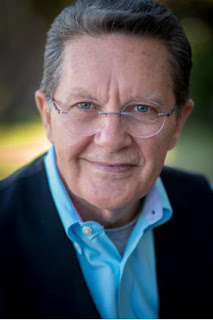 Larry Dane Brimner is the author of Blacklisted!: Hollywood, the Cold War, and the First Amendment, a new book for young adults. His many other books include Twelve Days in May and Strike!. He lives in San Diego and in Tucson.

Q: Why did you choose to focus on the Cold War-era Hollywood blacklist in your new book?

A: This is an interesting question. Many of my nonfiction books deal with civil rights or social justice. Blacklisted!: Hollywood, the Cold War, and the First Amendment deals with both.

Although Russia had been an American ally during World War II, things quickly changed following the war. By 1947, Russia was an enemy and the Cold War was raging. Americans, both inside and outside the government, began to see communists everywhere and this hysteria was furthered by the actions of the House Committee on Un-American Activities.

Nineteen men—no women, despite there being women in Hollywood in the Communist Party USA—were summoned to Washington to appear before the committee because accusations had been made against them.

The first 10 of the men called to testify refused to answer the committee’s questions with the simple yes or no answers it demanded. As a result, they were charged with contempt of Congress, found guilty, and fined and sentenced to terms in prison. These men became known as the Hollywood Ten.

This was a violation of their civil rights, and a conservative Supreme Court upheld those convictions—which is why the Supreme Court matters so much today. Yet hysteria ruled the day.

Lela Rogers, the mother of actress Ginger Rogers, reported that None but the Lonely Heart was a communist film because a character refused to “squeeze pennies out of little people poorer than I am.” If a wealthy person or banker was portrayed as corrupt, then conservative elements in the U.S. declared the film as communist propaganda.

Even J. Edgar Hoover, the notorious FBI director, got in on the act, declaring he knew that Lester Cole, one of the Hollywood Ten, was a communist because the pseudonym he used, J. Redmond Prior, had the word “Red” in it. Hysteria.

Most, if not all, of the original 19 men had been communists not because they wanted to overthrow the government and establish a Russian-like government in this country, but because they believed a shake-up was necessary in order to bring about a more equal and just society. 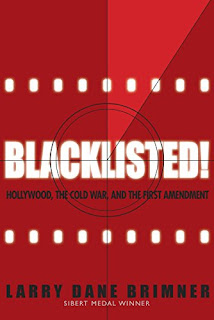 Some, like screenwriter Dalton Trumbo, had joined the communist party simply because he liked the stimulating conversations he engaged in at their meetings.

Long story short, their constitutional rights were violated, and that made the topic perfect for me.

A: Research. I could get lost in research. I used primary source documents—including FBI reports, hearing transcripts, autobiographies, letters, newspaper articles, newsreel clips, and even flyers—for the meat of the book, and I supplemented this information by reading secondary source materials to give me the big picture.

The hearing transcripts were available online, so that was a boon—even if the pages numbered well over a thousand and the print was so small as to be blinding.

A friend of mine also happens to be the daughter-in-law of screenwriter Lester Cole. She and her husband opened up their garage and allowed me to comb through Lester’s boxes of film contracts, letters, newspaper clippings, etc.

Most of this material, yellowed with age and crumbling to the touch, was picked through—avoiding the black widow spiders—and carefully photocopied. Then came the long read, and the writing and revision.

I think a couple of things surprised me. 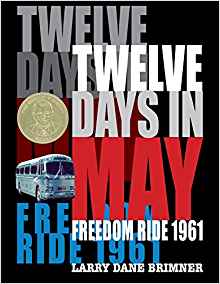 One, I was surprised at how power truly corrupts many people, perhaps most.

J. Parnell Thomas, chairman of the House Committee on Un-American Activities had his fingers in the government’s till even while he was holding (some would say “prosecuting”) the hearings. He was billing the government for staff that didn’t even exist in order to bring down a bigger paycheck.

In an earlier version of the committee, Congressman Samuel Dickstein, it was revealed in 1999, had been an actual Soviet spy while serving in Congress.

Two, I think the way the hearings were held like trials, but without any of the rules that govern a legal proceeding, was surprising.

Thomas was a vile, little man, as seen in the newsreels of the day—short-tempered and quick to respond to personal criticism. The hearing room was his court and if the 10 men called to testify before him didn’t offer the answers he wanted, he was quick to dismiss them and charge them with contempt. His behavior is not unlike the current president.

Q: So do you see similarities between the period you’re writing about and today?

A: Oh, yes! One teacher I know is pairing the book with The Crucible because the similarities are many. But it also harkens to what is going on in the government and society today.

There is fear-mongering at the highest levels of government, with accusations leveled against the press, opposing political parties, and anyone else who disagrees with the quick-to-anger president. It was a scary time; it is a scary time. And always it’s The Other that is to blame. 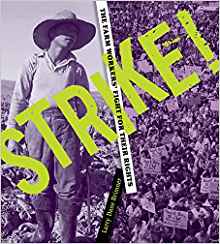 Q: What impact did the blacklist have on Hollywood?

A: The blacklist ruined a lot of careers, and a lot of lives. While movies still were produced, often with the help of front-men or under the guise of pseudonyms, being a pariah made life difficult.

None of the Hollywood Ten ever regained their career footing, at least not to the level they experienced prior to the hearings. Friends often shunned those who’d been accused out of a fear that they, too, might be accused. People were afraid in Hollywood and, later, throughout the U.S. work force, especially after Senator Joseph McCarthy latched onto his own communist crusade.

All it took to ruin a life and career was for someone, even without evidence, to point a finger and utter the charge, communist. People were fearful about speaking out against the government or its politicians.

In Hollywood, producers and writers began a more cautious approach to storytelling, until finally the Un-American Activities Committee ended. Even so, the committee’s end didn’t bring about a change in people’s attitudes. Many are still fearful.

A: Gosh, I’m working on several projects right now. There’s a beginning reader series for Scholastic, as well as a number of nonfiction books for Calkins Creek. Let’s just say that I’ll be at my desk for years into the future.

A: I still make school visits and speak at conferences, though time doesn’t permit me to be away from my desk as often as I used to be.

--Interview with Deborah Kalb. Here's a previous Q&A with Larry Dane Brimner.
Posted by Deborah Kalb at 6:22 AM