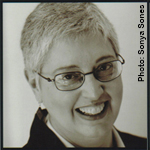 Ellen Wittlinger is the author of Someone Else's Shoes, a new novel for kids. Her many other books include Saturdays with Hitchcock and Hard Love. She has taught at Emerson College and Simmons College, and she lives in Western Massachusetts.

Q: How did you come up with the idea for Someone Else's Shoes, and for your character Izzy?

A: I was actually at a writing retreat called Kindling Words a number of years ago. This is a retreat for published children’s book writers and there’s always a wonderful author tapped to give several morning workshops.

That year it was Gary D. Schmidt, and he was great. He gave us a prompt which I don’t exactly remember, but it was something like, “Write a scene in which two characters who have little in common speak to each other.”

I’m not usually a big fan of writing prompts, but I liked this idea and it was vague enough that I felt I could use it. I went back to my room that night and basically wrote the first part of the first chapter of Someone Else’s Shoes.

I knew that Izzy and Oliver were cousins and that they were very different kinds of kids, but I didn’t yet know what was going on with them, or why Oliver was staying at Izzy’s house now.

This is the way I often begin a book. I see or hear something about a character that intrigues me and I follow it for a while and see where it goes. 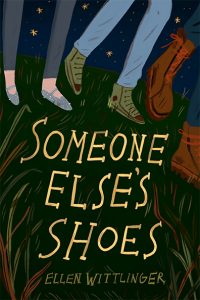 I liked the somewhat confrontational relationship Izzy has with her cousin and that was the starting point. I knew Izzy had a chip on her shoulder, but it took me a while to figure out that it was because she was so angry and hurt at her father moving away and starting another family.

Once I knew that, and why Oliver was staying with her, the pieces started to fall together.

Q: The novel includes a road trip--why did you decide to include that, and how did you pick the locations?

A: I always love road trip novels. Something about being away from your normal life and being in the confines of a small car makes things happen. People see each other differently. They begin to talk to each other in a more truthful manner. They have to stay and listen, they can’t walk away.

And at the same time, all sorts of things can happen to them out on the road—their lives are suddenly open to the vicissitudes of the weather and the road and the car itself.

Picking the locations was great fun. I knew they were starting from around Northampton, Massachusetts (near where I live) so I got out an atlas and decided where Uncle Steve lived, a long walk, but almost doable.

Then I plotted where Wilton, New York, was--a town I made up, where Oliver is supposedly from. I knew that Izzy’s mom would think Uncle Henderson would go there, but only Oliver would know what spot he actually would head to. 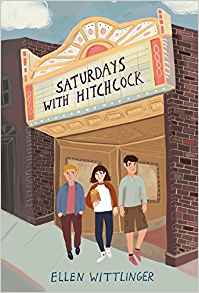 I looked further west and came up with a real place on the map, Lake Chautauqua, New York, and decided that would be the perfect spot for Uncle Hen to hide out. Thanks to Google Maps I could find an exact road where he might have hidden his old trailer. That kind of research is the best kind of procrastination!

A: I didn’t actually choose this title, I’m embarrassed to say, because it is the PERFECT title.

I was calling the book Be Always Tender, but my fabulous editor, Yolanda Scott, came up with Someone Else’s Shoes, which is the exactly right title, taking into account all of Izzy’s shoe travails, as well as the saying about walking a mile in someone else’s shoes, which, of course, all three of the main characters have to do to understand each other.

A: I have so many favorite authors this question is always a little confounding. (And the answer is ever-changing.) So rather than give you my usual list of children’s writers, I’m going to go with two authors for adults whom I’ve recently discovered (both of whom would be wonderful reading for teens too.)

Terrible to admit, I had never read The Things They Carried by Tim O’Brien, believing, I suppose, that it would be just too emotionally difficult. And it was emotionally difficult, but it was also an absolutely gorgeous, poetic, rich book which I think every high school student should read and discuss. 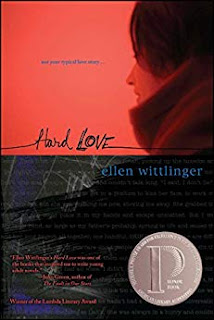 And my second choice is Miriam Toews, a Canadian author, who writes hilariously funny books about very dark, tragic events. I don’t know how she does this, but she’s a master at it.

A: I am now working on writing plays for adults. I have several in different stages of development, and I hope to have a production within the year of at least one of them.

A: That’s about it. Thanks again, Deborah!

--Interview with Deborah Kalb. Here's a previous Q&A with Ellen Wittlinger.
Posted by Deborah Kalb at 6:12 AM