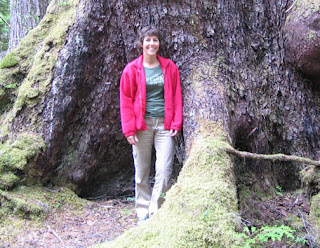 Michelle Barker is the author of the new young adult novel The House of One Thousand Eyes, which takes place in East Germany in the early 1980s. Her other books include A Year of Borrowed Men and The Beggar King. She lives in Vancouver, British Columbia.

Q: How did you come up with the idea for The House of One Thousand Eyes, and why did you set it in the early 1980s?

A: The idea came to me while I was in the middle of working on another novel set in Germany, right after World War II ends. And it didn’t come all at once. It came in pieces.

While I was researching that novel, I came across an excellent book called Stasiland, by Anna Funder. After the Wall came down, she interviewed several people who’d survived the East German regime.

The story that caught my eye was about an East German band called Renft whose music disappeared from every store in East Germany overnight when the government decided they were too subversive. The government put out a rumour that Renft had split up, and in a way they had: several of them were thrown in jail.

I was stunned that this could happen, and it made me wonder how East Germans handled it: knowing the truth, but not being able to talk about it. A character began to take shape in my imagination: a writer in East Germany who had crossed the line with the authorities. I started wondering, what would it look like to make someone disappear? Because that’s the sort of thing writers think about.

But I didn’t conceive of the full idea until I went to Berlin and visited the Stasi headquarters, the place that Berliners used to call The House of One Thousand Eyes. Part of it has been transformed into a museum, and [Stasi head] Erich Mielke’s offices have been left intact. I was walking through there when it occurred to me: whoever cleaned this place would have incredible access to secret information.

It wasn’t long before I linked the two ideas and came up with Lena and her Uncle Erich. 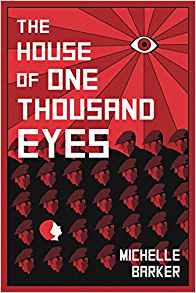 I chose the early 1980s because it was a time that was rich in conflict: the Cold War threatened to erupt into a real war at any moment. Also, the schrullig world that I describe in the book didn’t open until 1982, so I couldn’t set the story any earlier than that. I didn’t want to set it too close to the fall of the Wall in 1989, because by then the State was beginning to lose control.

Q: The book includes so many details about life in East Germany. What kind of research did you do, and did you learn anything that you found especially surprising?

A: I read A LOT of books, beginning with some generalized history books and then reading everything from memoirs, to novels set in that time period, to books that dealt mainly with the Stasi. I also watched several films—notably The Lives of Others, Barbara, and Goodbye, Lenin—and an excellent series called Deutschland 83.

By chance, I connected with a British blogger named Penny Croucher who is incredibly knowledgeable about East Germany (she lived in Berlin for several years and has written some great guidebooks on the city). I badgered her with questions, and she ended up reading the novel for me for historical accuracy.

I also relied on my mother, who grew up in East Germany (though she escaped in 1953), and on some of her relatives who are still there. When I visited Germany for my research, I spoke to them as well. I visited the Stasi headquarters, as I mentioned. There is also an excellent interactive museum in Berlin called the DDR Museum, which shows what life was like in East Germany. 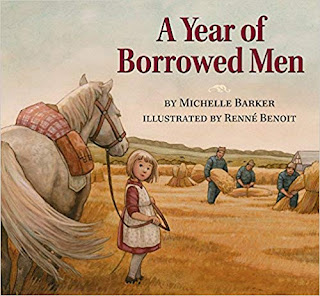 In terms of what I learned that surprised me? I was surprised by so many things it would be impossible to list them all.

First of all, the extent of the surveillance and repression in the country was crazy. You really couldn’t trust anyone. The psychological tactics the Stasi used to manipulate people were chilling. They would come into your apartment while you were out and move the furniture around—so that when you came home, you knew they’d been there.

People were arrested for mundane things, like making an offhand joke to the wrong person. The environmental disasters in the country, something I do not touch on in my novel, were horrendous.

But I was also surprised by the many things the East German government did well. Women were involved in the work force there long before it became popular in North America. There was universal day care and a good education system. I tried to provide a neutral viewpoint to the extent that I could, so that the reader could see both sides of East German society.

A: The House of One Thousand Eyes was the name Berliners had given to the Stasi headquarters. I first read the term in Anna Funder’s book, Stasiland, and I knew right away that if I was ever going to write a novel about East Germany, that would be my title. It was just too intriguing to pass up.

To me the title suggests surveillance—everywhere, at all times. A feeling of creeping shadows and listening walls. Suspicion, mistrust. 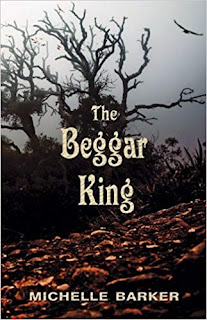 A: I had a pretty good idea of how I wanted the novel to end, yes. It’s one of the few times the ending of a story has come so easily for me. The last thing I wanted was to tie things up in a neat bow or make things too easy for the characters. That would have been simple to do in this story, but also very predictable.

My goal in writing an ending is to make it inevitable but unexpected. That’s usually easier said than done. With this book, I got lucky.

A: I’m still working on the novel set in postwar Germany. Now there’s a good example of a story ending that has given me nothing but trouble! In fact, the whole novel has been difficult to write.

I started it a few years ago, and had a first draft of 114,000 words, nearly all of which ended up in the garbage. And that doesn’t count an additional storyline of about 100 pages that is also. . . in the garbage. But I’m on the right track now—almost done.

The novel is about two teenaged sisters who have to negotiate the difficult postwar landscape of Soviet-occupied Germany, which includes dealing with the desire for vengeance and a terrible realization of the cost of doing nothing.

It was a time when millions of people in Europe became refugees or were displaced. It was also a time when people had to come to terms with the choices they’d made: who they had elected, and how so many of them had stood by and done nothing when they should have spoken out or acted.

Of course, these things are easier to see and say in hindsight. What would I have done in their place? It’s impossible to know. But I believe in Baruch Spinoza’s statement, “If you want the present to be different from the past, study the past.” These are issues and questions that never really leave us, and I think they’re worthwhile to think about in our present society.

The era directly after the end of World War II is not written about often in fiction, and certainly not from the German point of view. But it is something that my mother lived through, so I was interested in exploring it.
Q: Anything else we should know?

A: Book recommendations on the topic of East Germany: Anna Funder’s Stasiland and Oliver Fritz’s The Iron Curtain Kid were essential sources for me. Both are nonfiction. In YA fiction, Graffiti Knight, by Karen Bass, and Sektion 20, by Paul Dowswell, are excellent novels. As for adult fiction, I was blown away by The Innocent, by Ian McEwan.