Ronald Kidd is the author of Lord of the Mountain, a new novel for kids. His many other books include Night on Fire and Dreambender. He lives in Nashville.

Q: How did you come up with the idea for Lord of the Mountain, and for your character Nate?

A: Several years ago my editor, knowing how much I love biography and music, sent me a present: Will You Miss Me When I’m Gone? The Carter Family and Their Legacy in American Music, by Mark Zwonitzer and Charles Hirshberg.

What a wonderful book! In my imagination I bounced along dirt roads with the Carters in 1927 as they traveled to Bristol, Tennessee, for the recording sessions that became known as the “big bang” of country music. After the sessions, I hitched a ride with A.P Carter and his African American friend Esley Riddle as they drove into the hills and hollers, seeking out songs for the Carter Family to record.

By the time I returned from my travels, I was determined to write a book about these people and music they created.

I imagined what it would have been like to grow up in Bristol and be there to meet the Carters, Jimmie Rodgers, and a dozen other fathers and mothers of country music. That’s when Nate Owens came to life in my imagination, with his wild-eyed evangelist father, long-suffering mother, and wise guy brother, each of them dealing in their own way with the recent death of Nate’s little sister, named Sister. 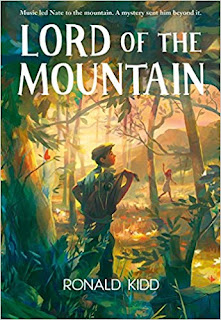 Q: The book includes some fictional characters and some historical figures—what did you see as the right balance between the historical and the fictional?

A: As with all my historical novels, Lord of the Mountain centers on the joys and conflicts of fictional characters, set against a background of historical events and characters who are portrayed as accurately as I can make them. In other words, the main characters are fictional, while the historical figures play smaller roles.

For the most part I feel uncomfortable writing a fictional story with historical figures as the main characters, out of respect for those people.

The one exception was in my first historical novel, Monkey Town: The Summer of the Scopes Trial, in which the main character, Frances Robinson, was the mother of my good friend Craig Gabbert. Frances grew up in Dayton, Tennessee, at the time of the trial, and I got to know her several years before she died.

In that case, I received her family’s permission to make Frances the main character, and they report that my Frances, though fictional, showed their mother’s wonderful spirit and humor. 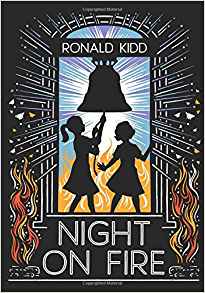 In all my historical novels, I offer readers a chance to experience key events in history through the eyes of a young person. The stories show my fictional characters wrestling with some of the same issues that shaped those historical events.

Q: Lord of the Mountain is set in Bristol, Tennessee, and other nearby areas. How important is setting to you in your writing?

A: The setting is crucial, for the same reason the historical events are crucial: they provide texture for me to rub up against in telling my story.

Early in my career I wrote novels of comedy, adventure, and sports, and they took place in contemporary suburban settings. Looking back, those settings seem bland in comparison with the colorful times and places I visit in my historical novels. 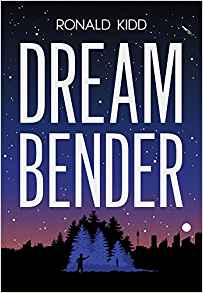 A: I did lots of reading, and of course I traveled to Bristol and the surrounding mountains, where I saw and took furious notes on many places, including the downtown where the sessions were held, the roads out of town and into the hills, and the homeplace of the Carter Family in Poor Valley, Virginia.

One of the best days of my trip was when I sought and found a perfect location for Nate’s house, with an empty lot next door where his father would set up a giant tent, start a church, and preach against the evils of music.

Across the street I found a cemetery, which I realized could give Nate a place to escape to when he fled the tent. Behind Nate’s house and up the hill was an elegant old mansion on a high-toned block, where Nate’s friend Grayson Lane would live with his Packard-driving, union-busting father.

The biggest surprise? After picking out Nate’s house, I drove down the street and discovered a little white church that could have been lifted straight out of my story: the On Fire Worship Center.

A: For years I’ve wanted to write about my home, Nashville, and finally I’ve found a story that I hope will do it justice. The story is about Jefferson Street—the heart of the African American community in the early 1960s—including the R&B music that provided its pulse, and the cruel hand of politics that shaped and nearly destroyed the neighborhood.

While researching this novel, I came upon a source for dozens of other Nashville stories—my own family history, featuring characters my mother always referred to as her “fifty first cousins.”

One of the cousins was a star on the Grand Ole Opry. Another cousin, a friend of Eleanor Roosevelt and legendary soprano Marian Anderson, built over five thousand schools for African American children throughout the South. My mother had some good stories of her own. In fact, I’m thinking about a novel, a la Frances Robinson’s story, about my mother’s childhood growing up in a pie factory. 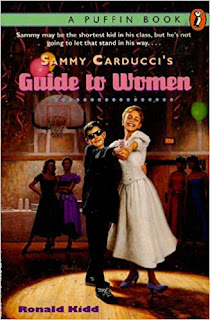 A: I also write the text for musical compositions. I’ve done librettos for two children’s operas by my great friend and renowned composer Anthony Plog, and we are working on a third opera based on my comic novel Sammy Carducci’s Guide to Women.

Tony and I also collaborated on two works for orchestra, choir, soloists, and narrator: Magdalene, using the words of women who are recovering from abuse and prostitution; and God’s First Temples, about the first great battle of the environmental movement in the early 1900s, the fight to dam the Hetch Hetchy Valley in Yosemite National Park.

--Interview with Deborah Kalb. Here's a previous Q&A with Ronald Kidd.
Posted by Deborah Kalb at 6:14 AM