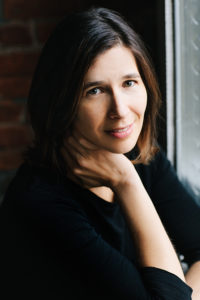 Idra Novey is the author of the new novel Those Who Knew. Her other books include the novel Ways to Disappear and the poetry collection Exit, Civilian, and her work has appeared in a variety of publications, including The New York Times and the Los Angeles Times. She lives in Brooklyn.

Q: How did you come up with the idea for Those Who Knew, and for the island where it’s set?

A: For a number of years, I've wanted to write a novel connecting imbalances in power between people and between countries.

Margaret Atwood has written about incorporating occurrences from a range of nations while creating the world of The Handmaid’s Tale and that was my method in building the history of “the island” as well.

I combined experiences I’ve had working in the United States with power imbalances I’ve come to know living outside of it, translating authors whose countries have been profoundly altered by the interests of my own.

I married a man who grew up under a regime that my country’s government installed. The relationship between Oscar, the “northerner” in the novel, and Lena, was a way to explore that dynamic I’ve been living and thinking about for many years, but with the genders reversed.

Q: The novel includes portions of a play that one character is writing. Why did you decide on that format for sections of the novel? 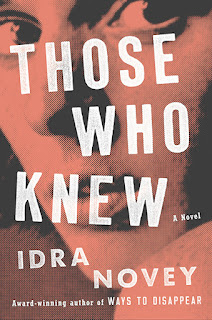 A: I love the extra glimmers of meaning and surprise that come with threading bits of other kinds of writing into a novel and I’ve experimented with playwriting for a long time. At 16, I wrote the first—and I think only—student-written play ever performed at my rural high school in Pennsylvania.

No one but the parents of the other theater club kids came to the performance but there is a freeing joy in proceeding with a work of art regardless of the size of one’s audience.

Freddy, the playwright in the novel, knows that joy, and the boldness of mind that can come from creating art in a place where there is no support of it. His irreverent sense of humor becomes a form of resilience.

A: I wanted a title for this novel that evoked the ongoing, uneasy position of silently possessing knowledge of a crime and doing nothing about it. 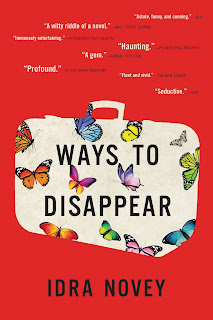 But I also wanted the title to evoke a sense of collective experience, as the novel is very much about how contagious resignation can be, how an awareness of other people's silence makes it even harder to speak up.

But bravery is just as contagious and I wanted the arc of the novel to follow that collective experience and explore how a group of people can rise out of an era of resignation and begin to demand political change.

Q: What do you think the novel says about powerful politicians?

A: It is a central human story, how power corrupts and how those without it suffer as a result. Nobody wants to hear that a politician they’ve long revered has committed assault or worse.

In the novel, Victor is the only politician on the island championing the student movement for free tuition. 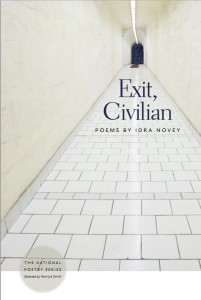 Lena knows her students and colleagues will resist the cognitive dissonance of hearing the senator they’ve anointed the political hero of their generation preys on ambitious young women. She knows how much easier it would be for them to vilify and dismiss her as his bitter ex-girlfriend.

Over and over in the news, we have seen this scenario play out, of people choosing to dismiss and scrutinize a victim rather than take on the emotional work of sitting with the hard truth that someone capable of admirable actions is also capable of despicable ones.

A: I just finished a new story set in western Pennsylvania where I grew up, but I suspect it will be some time before it's ready for outside readers.

A: I hope readers know their voices are the ones that keep the music of literature going in this country and how grateful authors are for the time they take out of their busy lives for fiction.

To hear from readers of Those Who Knew who found it spoke to questions about power and silence they've been thinking about as well has been one of the most meaningful experiences of my life.

--Interview with Deborah Kalb. Here's a previous Q&A with Idra Novey.
Posted by Deborah Kalb at 6:32 AM