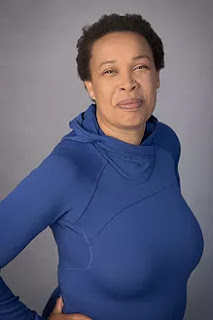 Colleen van Niekerk is the author of the new novel A Conspiracy of Mothers. She grew up in South Africa and is based in Vancouver, Canada.

Q: What inspired you to write A Conspiracy of Mothers, and how did you create your cast of characters, particularly Yolanda?

A: A central theme in this novel is home, returning home, and understanding what home means to these characters. That was really initiated, paradoxically, when I emigrated out of South Africa just over a decade ago.

I think being away from what you have only ever known as home and took for granted as that, makes you think long and hard about what it truly means to you.

In my case, I wanted to understand elements in my country that were just par for the course all of my life up until that point.

Yolanda came about as an incarnation of someone wrestling with this question of staying or going, in a damned if you do, damned if you don’t kind of way, which is often the conundrum facing immigrants.

Q: The book is set primarily in South Africa in 1994, as apartheid was ending. Why did you choose that time period, and what do you hope readers take away about that period in South African history?

A: That period, when South Africa was known as the “Rainbow Nation,” has taken on different significance I think as we move further and further from it, and the country finds itself with what seems like intractable problems.

But it was formative for me, though, and I think stands, still, as a moment in time that speaks to what’s possible when people, often contending with their own selfish interests, pull in the direction of what is better for the good of the collective.

Memory is burnished by time, but that jubilant period still reflects the immense potential that South Africans hold.

I think there is relevance between then and now, we face innumerable challenges and hostilities in the world; this story and that period should be reminders that those things can be overcome, no matter how horrific. 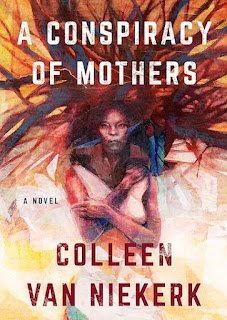 The process of dismantling them is ongoing, it takes time, sometimes measured in generations, but that doesn’t mean the work isn’t worthwhile. These characters and the country they’re from speak to that basic truth.

A: I had a fair idea of how it would end and that didn’t shift much through the development and editing process.

I think my understanding of the question of reconciliation – what’s possible with it, what’s realistic vs. what isn’t – and how people live with trauma did change and my thoughts influenced the final outcome.

A: This was the third or fourth title – my inimitable agent, Amy Berkower, suggested it and it was one of those moments of “Oh yeah, that makes sense.”

It is a line from the book and captures I think the two critical elements – things that are hidden and brought into the light, often against the will of those who benefit from the secret; and the real forces at play in this book who are all mothers believing that they’re operating in the best interests of their children.

I think secrets and shame, as captured by conspiracy, are really byproducts of racism that create a tremendous soul burden, something we should all pause and consider more carefully.

And motherhood in that context isn’t apple pie, it’s something much more fierce, imperfect, but fierce, and that, I think is truer to life.

A: I’m working on novel #2, which interrogates the question of what it means to be Black in the present day through the lens of a biracial young woman in Canada who also happens to be an elite-level swimmer.

I wanted to understand how one constructs Blackness and defines it for yourself in a situation where you truly are the minority. I never had to think about this growing up in Cape Town; one outcome of a segregated world is that the culture and understanding of race within my community was relatively consistent.

The story is also the jump-off point for understanding and representing Black men at a deeper, less superficial level (this young woman’s father) and the perspective of a white woman who has to contend with being the only white person in her own family (young woman’s mother).

A: It’s too early in my literary career to call this a hallmark but two things that are likely to be common elements across my fiction are 1) magic realism, not to an overt degree, I like it woven into the story and a part of the action and 2) pace, because I like movement and action.

A Conspiracy of Mothers sits squarely between literary and commercial fiction and is marked by both of those things.