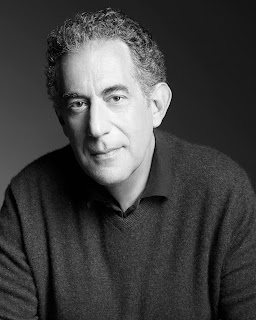 Stephen G. Bloom is the author of the new book Blue Eyes, Brown Eyes: A Cautionary Tale of Race and Brutality. It focuses on a controversial classroom experiment conducted by Iowa teacher Jane Elliott starting in 1968. She separated children into two groups, brown-eyed and blue-eyed, and favored one group over the other. Bloom's other books include Postville. He is a professor of journalism at the University of Iowa.

Q: You write that Jane Elliott approached you and asked you to write about her. How much did you know about her at that point, and what made you decide to write this book?

A: In 2003, Jane Elliott called me out of the blue and invited me to write a book about her. She knew that I taught at the University of Iowa and that I had written a well-received book about Postville, another rural farming community not far from her.

I was intrigued about Elliott and the controversial experiment she had tried out on her students. At first, she hadn’t gotten permission from parents or the school administration to try out the contentious eye-color experiment.

I wondered whether it been ethical. What was the experiment’s long-term impact on the students and others who had been her subjects?

I started interviewing Riceville residents, where Elliott had taught for 20 years. Just about everyone in town disparaged her. Some suggested that Elliott had stolen the experiment. Other suggested troubling inconsistences about her hard-fought, jagged rise to fame.

Even though she first tired out the experiment in 1968, people in her hometown were still livid. More than a few couldn’t even bear to say her name.

I ended up writing a middle-of-the-road magazine piece about the experiment for Smithsonian. But in the back of my mind, I knew there was much more to Elliott’s story.

Q: What inspired Elliott to create the "blue eyes, brown eyes" experiment in her classroom?

A: That’s the fulcrum upon which the entire premise of Blue Eyes, Brown Eyes: A Cautionary Tale of Race and Brutality rests. No one, except Elliott, of course, knows whether she created the experiment. Evidence shows Elliott likely stole the experiment from someone else.

She first tried it out on her third-grade students the day after Martin Luther King Jr’s assassination on April 4, 1968. She separated the children according to their eye color and told one group that they were better and smarter than the other.

Only one group was allowed to play on the jungle-gym. That same group got extra time in the cafeteria.

The other group was instructed not to do their homework because, even if they got the answers right, they’d probably forget to turn in their assignments. She suggested that the group was genetically inferior to the other. Those children were belittled and mocked. 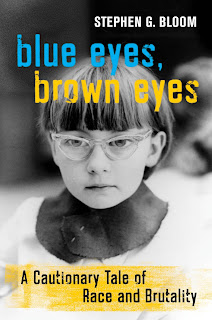 Elliott encouraged the superior group to taunt the inferior children, even to engage in physical fights.

The idea was to simulate racism in the classroom—not based on skin color, but eye color. Elliott said she introduced prejudice and bias to her third graders so they might understand the world better. She said it was “an inoculation against racism.”

Elliott continued doing the experiment for 10 years in the Riceville public schools and then for many more years with adults in corporate settings.

Q: What impact do you think the experiment had on her students, and on Elliott herself?

A: In my years of reporting this story, I found repeated instances of participants who were deeply scarred by the experiment. Some would carry with them traumatic wounds that would last the rest of their lives. Many participants turned against Elliott and charged her with bullying. Some called her sadistic and opportunistic.

Elliott may have started out as an idealistic teacher trying to end racism one student at a time, but she ultimately became an authoritarian figure who relished dispensing cruel lessons to adults required to take her workshops.

There’s no evidence that Elliott’s techniques made any impact in decreasing prejudice among participants. The only sure result of the experiment is that it gets people very angry.

Q: The Kirkus Review of the book says, "Creating a balanced view of both his abrasive subject and her notorious experiment, Bloom discovered that the town’s [Riceville, Iowa] feelings still burn." What do you think of that assessment?

A: More than 50 years after Elliott first tried out the experiment, many in Riceville are still angry that she used impressionable children as guinea pigs in a risky and dangerous experiment.

Many said that Elliott was much more interested in making a name for herself than guarding the wellbeing of the third-graders she was entrusted to care for.

After appearances on Johnny Carson’s Tonight Show and The Oprah Show, a prime-time documentary about her for ABC News, headlining a White House conference on education, and traveling around the world, Elliott—a white woman from an all-white rural Iowa town—became internationally known as the Mother of Diversity Training.

A: Something totally different.

I’m eyeballs deep in a crazy narrative book about my experience working as a reporter for an English-language daily newspaper in Rio de Janeiro in the early 1980s.

Chicago newsman and scriptwriter Ben Hecht’s daughter, Edwina, a promising journalist in her own right, worked at the Brazil Herald.

Many staffers would become the backbone of AP, UPI, Dow-Jones, Bloomberg, Reuters, Agence France-Presse, Knight-Ridder, The New York Times, and the Los Angeles Times. Others would become novelists and playwrights.

If Paris had been the haven for émigré writers in the first half of the 20th century, then Brazil turned into a New Wave destination for a different kind of storyteller during the second half: Daring journalists, often traveling overland through the Andes to the Amazon to Rio de Janeiro.

A: After interviewing more than 200 people over the course of my reporting back in 2004 and in 2018-2019, I realized that Elliott wasn’t the heroine I and others in the media had helped create. The story had pivoted 180 degrees.

I fully realized this when several people I interviewed burst out in tears, recalling Elliott’s experiment and its awful impact on them from decades earlier. When word got back to Elliott that I wasn’t likely to write a valentine, she threatened legal action and told me to go to hell.

Either I had a better story—or no story at all.

I was to find out.