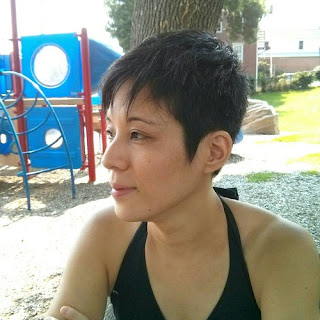 Asako Serizawa is the author of the new story collection Inheritors. Her work has appeared in a variety of publications, including The Southern Review and Prairie Schooner. Born in Japan, she lives in Boston.

Q: How did you come up with the idea for Inheritors, and how was the book's title chosen?

A: In a way, the seed of it was sown very early on. My grandparents lived through World War II, and my parents grew up during the American Occupation of Japan, but they never talked about it, except to repeat the common refrain of “war is bad.”

Meanwhile, because of my father’s job, I grew up in Southeast Asia at the height of Japan’s economic dominance, attending International schools, where I learned more about Europe than about Asia.

It wasn’t until later, after I’d returned to Japan in the middle of high school, that it hit me that I had been living in countries invaded or occupied by Japan and I’d had the privilege of not really being confronted by it.

Then, coming to the United States for college, I was struck by how lopsided the representation of World War II was in this country. There was so little about the Pacific side of that war, and what there was was so commonly reductive, rife with racial stereotypes, it was unsettling, especially given how active the American military continues to be in Japan and Asia.

So it felt important to write into these silences and gaps, and against racial stereotypes that continue to be troublingly reproduced and used, and examine the way narratives of history get shaped—what stories get told by whom and how, what stories don’t get told because they’re suppressed, repressed, or omitted, and not just by ultranationalists and nationalistic governments but by people, like my grandparents, who couldn’t or wouldn’t talk about their experiences. 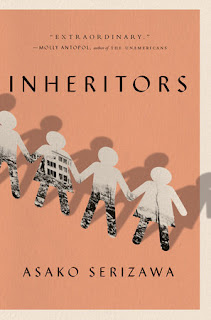 Besides the conservative Japanese government’s ongoing egregious treatment of this history, what finally nudged the seed into an active idea was 9/11 and the uncanny way that it not only invoked but erroneously twinned Pearl Harbor and kamikaze pilots, repackaging the image so convincingly that it was swept up into the narrative that justified Afghanistan.

It would be a few more years before I’d actually start writing, but the idea had taken root, the event a clear illustration of not just how history gets shaped but how stereotypes are mobilized to dehumanize a whole culture, facilitating the bombing of an area, a country, a region.

As for the title, I didn’t have one for the longest time, just a terrible file name I never divulged publicly. Eventually, when the manuscript needed a title, I plucked one—Allegiance—from among the stories in the collection. The title made sense—the book, in many ways, is about allegiances, personal, national, and beyond—but it never sat right; it felt too narrow.

The current title, Inheritors, snapped into place when I was merging all the stories into one document for the first time. It captured the sense of a history getting passed down through the generations, with the bonus of evoking a book I admire, William Golding’s The Inheritors, whose themes I find resonant.

When the title came up for review during the editorial process, I thought I might lose it, but the wonderful cover designer, Michael Windsor, came up with the image of the chain of paper cutouts that worked perfectly with it, and the book kept its name.

Q: In a review for NPR, Marcela Davison Aviles said of the book, "Each character in these stories is occupied and occupier, trapped in a moral and existential crisis that's unnerving because it's evergreen, because the nature of human tragedy is our own making and the lessons we keep learning never seem to take." What do you think of that description?

A: I love that description. It not only picks up what for me is a core theme—the question of human agency—but also carefully avoids a closed-circuit reading: “the lessons we keep learning never seem to take,” Marcela Davison Aviles says.

That “seem” is vital for me, and the review circles back to it at the end, touching on one of the stories in Inheritors, in which two characters discuss the possibility of human choice—our capacity to tap into unforeclosed possibilities that reside “in every moment we take as a beginning.” In other words, will the lessons we keep learning eventually take? How can we not produce the tragedy that’s our own making?

In my mind, among the collection’s driving concerns is the question of how people, ordinary people, can get so effectively persuaded to not just support but actually commit violent acts against other human beings, and where, in the face of these larger systemic forces, our individual power and responsibilities lie.

This—the location of agency—is something that haunts not only the characters in the book but the book itself, as it looks toward the coming future our past has solicited.

A: God, yes. It took over a dozen years to write this book, and much of that time was spent on research, not just history books and primary sources when they were available/accessible but also a range of critical material around the topic and concerns of each story, not to mention related novels, stories, films, documentaries, art, etc.

In the end, there’s an inherent risk to writing about a history, culture, people; I wanted to know not just how my topic was represented, culturally, but how it was being discussed politically and academically—what the general issues were, where the lines of tension were and why, and how I wanted to creatively respond.

I wanted to know how I, as a particular writer writing today, could most complexly and responsibly write this ever contested history in fictional form. I wanted to know what I, from my vantage, can add to this slowly receding history and the way it’s commonly understood to convey just how it continues to be relevant.

As for surprises, I don’t know if there were any; there were definitely discoveries. I also definitely didn’t anticipate the years the book would take, or the paralyzing tightroping the stories would require. The real surprise might be that I managed to finish it.

A: This is a bit of a multilayered question. I won’t go into it too much, but, on the story level, the project developed out of the first two stories (“Flight” and “Luna”), which together logically comprise the collection’s “beginning”: two disparate characters, times, and scenarios; juxtaposed, they suggest an ocean of stories, a whole family tree, cleaving them together.

This helped me picture a book, a shape with a flow, a larger organizing design.

On the conceptual level, I was working with two overlapping ideas: a mosaic, in which each independent story contributes to the larger picture to offer a vision of a lived history, one made up of disparate but interlocked stories that can be gathered and arranged but can’t be packaged or streamlined into anything neat, linear, novelistic; and a kaleidoscope, where the stories, individually and as clusters, are designed to interact with one another, each perspective bringing out themes and nuances that add to, or challenge, the others, ultimately showing up the partiality of every position, every vantage.

I tried to order and arrange the stories to optimize these effects.

The challenge I didn’t expect was the collection’s formal and stylistic range. It’s one thing if the stories shared a uniform style, even if they were formally different. In this case, from story to story, there was a chance that the transition would prove disorienting or jarring and hamper the reading experience.

The section breaks, which I added for different reasons, ended up helping, but within the sections the stories moved around several times before settling into place.

A: It’s too early to talk about, but it’s a novel.

A: Please support books, bookstores, and especially debuts! There’s such a spectrum of strong debuts this year.

I particularly enjoyed, for example: Maisy Card’s rich, multigenerational, multiperspective novel, These Ghosts Are Family, revolving around the colonial history of Jamaica; Brian Castleberry’s resonant, multiperspective novel, Nine Shiny Objects, tracing the American social, cultural, and political landscape through the Cold War decades; Alexandra Chang’s funny, poignant novel, Days of Distraction, exploring the complexity of navigating love and identity in the 21st century; Stephanie Soileau’s Last One Out, Shut Off the Lights, a beautifully devastating story collection set in Southwest Louisiana besieged by social and environmental crises; and Shruti Swamy’s A House Is a Body, a sumptuous story collection, with a highly compelling formal and perspectival range.