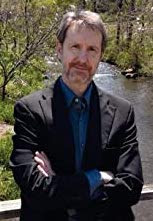 Ron Rash is the author of the new work of fiction In the Valley, which includes stories and a novella based on his novel Serena. His many other books include Something Rich and Strange and Burning Bright. He is the Parris Distinguished Professor in Appalachian Cultural Studies at Western Carolina University.

Q: Why did you decide to return to your character Serena in your new novella, and do you think she’s changed at all?

A: I’ve never wanted to write a full sequel to any novel. I don’t want a Ghostbusters II on my resume.

Serena had a husband in the first book, and this [new book] gives the reader a chance to see her unleashed. No one is going to restrain her; she’s in control. I’d never shown her having the opportunity to go after someone.

Q: In her New York Times review of the book, Janet Maslin says of Serena, “A tall, blond goddess with the heart of Lady Macbeth, she seemed to terrorize every living thing in her path.” What do you think of that description? 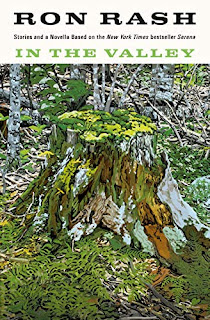 A: I’m flattered. If I could create a character that memorable, I feel I’ve done my job. When Serena came out, I was at Politics & Prose [bookstore], and a guy came up to me and asked me to sign the book, “This book is about the only woman meaner than you.” I don’t know if it was for his ex-wife or his mother-in-law!

Q: In our previous interview, you said, “There’s a misconception that because someone writes about a particular place, they’re just a regional writer. Eudora Welty says that one place understood helps us understand all other places better… I don’t see that as in any way limiting. The best way to get to the universal is through the particular.” How would you define a regional writer?

James Joyce's Ulysses is as regional a book as there is—24 hours in Dublin—but at the same time it’s universal. Annie Proulx is another good example—she’s so vivid in writing about places, but it’s ultimately about being alive in the world.

A: I love answering this question—it shows the reader senses something. I work hard on that with every book. I was very aware of [the pandemic] the last few months I was working on the book, and also the tribalism in the country right now. I wanted to start with "Neighbors," a cautionary tale about what happens when society fragments in that way. It’s very timely.

It’s like Hilary Mantel’s books about Cromwell—a reader can feel that it’s so alien, but realizes, Hold it! This is exactly what’s happening!

The last story, about the man saving his grandchild, is personal. My first grandchild was born six months ago, and the book is dedicated to him.

The characters are trying to do the best they could. They’re struggling to figure out the best thing they could do. They’re maybe even rising a little bit.

A: I’m working on a little bit of humor, an escape. It’s been so overwhelming, Covid, the tribalism, the election. For me it’s an escape to go into some humor. It’s satiric—it’s hitting on issues that are relevant. I’m reading more and recharging my batteries.

A: What I didn’t want to happen is for this [novella] to be tagged onto Serena. The valley becomes like Noah’s Ark in an ironic way. I had the animals leave. I’d given the novella a structure that’s much more independent from Serena. It got itself to a place where it can justify itself alone.