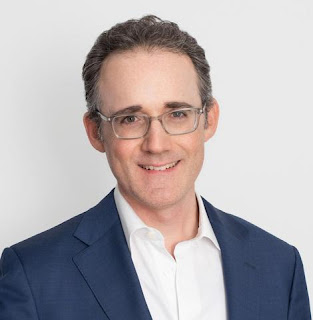 Brett Dakin is the author of the new book American Daredevil: Comics, Communism, and the Battles of  Lev Gleason. It focuses on his late great-uncle, Leverett Stone Gleason, a publisher of comic books who became a progressive activist. Dakin has also written the book Another Quiet American, and his work has appeared in a variety of publications, including The Washington Post and the New York Daily News. He lives in New York City.

A: My biggest shock came the day I checked my mail and found a 187-page FBI dossier dedicated solely to Uncle Lev waiting for me. This was more than a year following my Freedom of Information Act request, and long after most of my initial research was complete.

Not only were the agents of the FBI aware of Lev, but they had also conducted an investigation into his life and career lasting more than 10 years. In the stack of photocopied pages, I found internal memoranda, letters, interview transcripts, newspaper clippings, and photographs—all with the same subject heading: Leverett Stone Gleason. 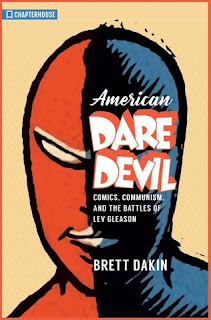 Once I read the file, however, I realized how familiar the contents were. It contained a condensed version of the history I had spent so many months painstakingly piecing together, and included much of what I had trawled the depths of libraries and archives to find. More than a half-century after the FBI had conducted its investigation of Lev, I had become an agent myself.

But on the question of whether or not Lev was a bona fide Communist, the paper trail that the FBI agents and I found was inconclusive. If only I could have asked Lev myself! Luckily, several years after closing Lev’s file, that’s exactly what the FBI did.

Q: You write, "The forces that Lev had fought against a half-century before had reawakened with a vengeance, their voices amplified by new technologies that the comics publishers and radio hosts of the 1940s could never have imagined." How would you compare the two periods?

A: On Halloween, 1945, Lev arrived at the offices of the local newspaper he published in Chappaqua, New York, only to find graffiti covering the front door. “DIRTY JEWS,” screamed the block letters painted in white. “COMMUNIST.”

Lev wasn’t Jewish, but he dedicated his life to the fight against hate at home and abroad. He had written of “the sewers from which arise the diseases of anti-Semitism, of discrimination against the Negro people, of the schemes and plots to divide our Nation.”

Lev knew that the battle against these scourges in the U.S. would never end, but by the time I began my journey through his life, the country seemed to have let down its guard.

The rise in hate since the election of Donald Trump became all too clear when white supremacists marched openly in Charlottesville, Virginia in August 2017. Carrying torches, they shouted into the night, “Jews will not replace us.”

In the president’s phrase “America First” are echoes of the words of Uncle Lev’s foes, like Charles Lindbergh, who praised Hitler’s leadership and was the leading voice of the America First Committee, pushing to keep the U.S. out of World War II.

An American president allied with authoritarian leaders like Putin, Duterte, and Erdogan now attacks anyone who questions his approach, labeling them an “enemy of the people.” Once again, it has become un-American to be anti-fascist.

A: My publisher, Chapterhouse, is actually launching a new series of comic books featuring the characters that Uncle Lev made famous back in the 1940s! Daredevil, Captain Battle, and Crimebuster will all reappear in new stories set in the present day.

I'm working with the publisher on providing context for these new works, making sure they are informed by the history and values of Lev Gleason Publications. What fun!