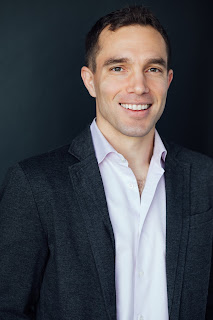 David Albertyn is the author of the novel Undercard. Also a tennis coach, he is based in Toronto.

Q: How did you come up with the idea for Undercard, and for your character Tyron?

A: The idea for Undercard was really several ideas that all fortunately fit together.

My first idea was that I wanted to write a story about four estranged childhood friends whose lives were suddenly on a collision course, and delve into how they navigated their conflicting loyalties.

My second idea was that I wanted to explore the issues of inequality and excesses of power in an urban setting, and how they manifested from a variety of angles.

My third was, having spent time inside the inner workings of a sports stadium, to have a major sports event take place and the real action going on in the background, somewhere deep inside the arena.

In terms of Tyron specifically, I initially built him the way I built the other three protagonists: I wanted each of a different background, primary sport, profession, and parents’ profession. So Tyron is Black, a decathlete, a Marine, and his parents were activists before their deaths.

This idea to make his parents beloved activists led me to his central conflict: does he follow in his parents’ footsteps, as his community would like, since it is a time when activism is needed, or does he finally rest and live for himself after being responsible for so many people in the military for so long?

My father was involved in the anti-apartheid struggle, and when I return to South Africa, people across the country from all different backgrounds will bump into me and say, I know your Dad, please tell him I say hello, he’s such a great guy, and so on. 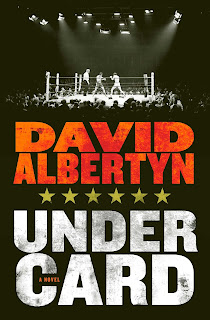 So in this one experience of Tyron’s, in relation to coming from away reviving the memory of beloved activist parents, I could draw from my personal experience in addition to my research.

Q: The book takes place over 24 hours--what was it like to write a novel with such a short timeframe?

A: It was both really fun and really stressful to pack this book into 24 hours. I had to at times rearrange scenes and rewrite sections to make sure it all fit together properly, and making sure that the time stamp at the start of each scene was accurate and coordinated with the timeline of everything else going on was exhausting.

One of the things I had explored in my previous writing was cutting between past and present, which I found allowed me to cut superfluous parts of a story and retain only the substantive parts, while still not making it feel rushed or incomplete.

So though the plot takes place over 24 hours, the entire story takes place over 20 years, and during this one calamitous day we are given character reflections that fill in the pasts that led up to the pressure cooker of the present.

Q: Undercard is set in Las Vegas. How important is setting to you in your work?

A: I think setting has differing levels of importance depending on the project. In the book I’m currently working on, which is of a smaller scale, I feel like I could set in a variety of locations.

In Undercard, however, setting is extremely important, as I don’t think it could have been set anywhere other than Las Vegas.

Vegas, as a setting, was able to meet all of the demands of the story I wanted to write, from a vast dichotomy between haves and have-nots, to a centre of major boxing events, to a sweeping, majestic surrounding landscape of mountains and desert, to simply being a sexy, intriguing setting to catch people’s attention.

A: First and foremost I hope they have a riveting experience.

Consuming stories has been such an important part of my life since my early childhood—I really can’t imagine what my life would’ve been like if I didn’t always have an adventure (or several adventures) I was currently participating in through the books I was reading—so I take great care in trying to craft a story that will be a worthwhile experience for each reader.

From a broader perspective I hope people feel like they’ve engaged in a meaningful discussion while going on a journey with these characters.

Of course readers should come to their own interpretation of this book, and any book, but my takeaway from all my research and thinking about these subjects so deeply while writing it is that we need to invest in each other. Invest at the personal level, at the communal or city level, and invest at the global level.

That sacrificing our time, money, and energy for other people is not only good for them but in the long term good for ourselves too.

A: Right now I am working on a murder mystery dramedy set in the tennis club world, and I’m really excited about it.

While it’s still crime fiction, it’s much funnier than Undercard, and is more mystery than thriller. There is also a lot of sex in this novel, and while there are a couple of murders, a lot is about the sordid relationships that revolve around this tennis club.

As someone who’s coached tennis for a long time, I just feel that it’s an area that has a lot of potential for amusing storytelling that hasn’t been mined nearly enough.

A: I would say that one aspect of the book that was a major focus of mine and I did a lot of research on, which no one has really focused on much, is the character of Norman Bashinsky. Bashinsky hardly appears in the book, but he plays a major hand in the lives of the characters and the unfolding of events.

When writing this book I very much wanted to shine a light, not only on the ways in which people are suffering, but on people in positions of power and how their involvement in a host of business and political ends is deeply connected to the ways in which communities are marginalized.

At one point during my research, I actually thought of making Bashinsky the main character of this novel, and the current four protagonists just side characters in his story. I ended up not going in that direction, and as I said, Bashinsky barely appears in the novel, but I feel that in the background he still has a full story arc.

One other thing people should know is that the audiobook is amazing, for everyone who likes audiobooks. The narrator really did a spectacular job.