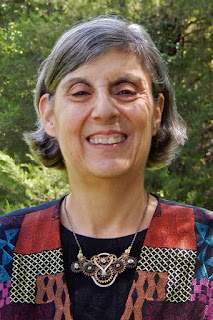 Laurie Wallmark is the author of the new children's picture book Numbers in Motion: Sophie Kowalevski, Queen of Mathematics. Her other books include Hedy Lamarr's Double Life and Grace Hopper: Queen of Computer Code. She lives in Ringoes, New Jersey.

Q: How did you learn about Sophie Kowalevski, and why did you decide to write a picture book biography about her?

A: I’ve always loved math and wanted to share that love with kids through a biography of a woman mathematician. I hadn’t heard of Sophie before (shocking!), but the more I read about her, the more I realized she would be the perfect choice. Her math, the rotation of solid bodies, has real world applications, which makes it easier for kids to understand. Also, after I found out the problem she solved was known as a “mathematical mermaid,” I knew she had to be the one.

Q: What do Sophie's experiences say about the role of women in the field of mathematics during the 19th century? 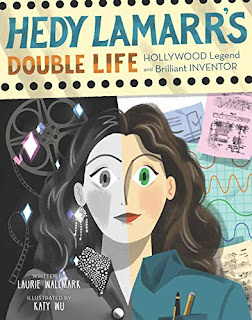 A: In order for a woman to study math at that time, she had to overcome many obstacles, but this never stopped Sophie.

Whether it was needing to marry in order to go to Germany to study or being banned from stepping foot on campus, Sophie always found a way to learn. After she received her doctorate, the only university teaching job she could get was one without pay. No matter what it took, Sophie was determined to be a mathematician. 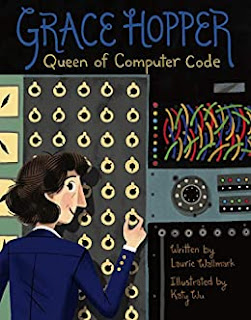 A: I can’t imagine this book without Yevgenia’s amazing contribution. So many children are afraid of math, but Yevgenia’s whimsical illustrations let children get past that fear. Once they open the book, the pictures emphasize how much Sophie loved math. This opens the way for children to see that math can be interesting and fun.

Q: How would you describe Sophie's legacy today?

A: Sophie’s mathematical legacy is the Cauchy-Kowalevski Theorem. She also has a legacy for children. By reading the story of her life, kids, both boys and girls, will understand woman can be mathematicians. In addition, although they' may encounter roadblocks on the way to their goals, they’ll realize they can overcome them.

A: I’m working on a novel in verse about a woman in STEM. I have two books coming out next year–a fiction picture book, Dino Pajama Party and another biography of a woman in STEM.