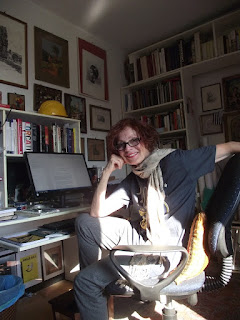 Ben Pastor is the author of the new novel The Night of Shooting Stars, the latest in her Martin von Bora series, which also includes The Road to Ithaca and Tin Sky.

Q: You've written many novels about your character Martin von Bora. What inspired you to create him, and how did you come up with the idea for this particular novel?

A: My alliance (and love story) with Martin Bora goes back about 30 years. It began while I was researching the lives of the German army officers who planned to overthrow Hitler in 1944. Sadly, they failed in the attempt and most of them paid with their lives.

The real-life character of Colonel Claus von Stauffenberg (known to a vast public thanks to the film Operation Valkyrie, featuring Tom Cruise) was central to the development of my protagonist. Through the years, however, Bora grew more and more into his own person, independently from his model.

In The Night of Shooting Stars, this becomes evident when Bora and Stauffenberg meet face-to-face in Berlin to discuss the upcoming plot, as interpreters of the two different but equally passionate souls of the anti-Nazi resistance movement. 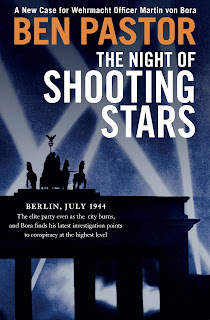 Q: Do you think he has changed over the course of the series?

A: Definitely. In a seven-year chronological span (1937-1944) thus far, a young idealist barely 23 years old grows into an experienced and disillusioned 30-year-old. War and personal losses have taken a toll on Martin Bora as they would on any human being. This implies not only a change in his attitude toward army life and crime-solving, but toward the world at large.

His diary entries and personal letters reflect this attentive introspection, and provide a second level of narrative meant to accompany the mystery plots as Bora’s character grows and evolves. This allows the novels to be read separately or as a series…and allows me to “travel in time” by setting Bora’s adventures in different moments of the conflict, back and forth along the 1937-1945 continuum.

Q: What do you see as the right blend between the fictional and the historical in your writing? 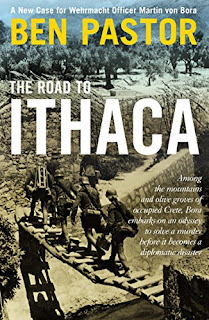 A: That is an excellent question. In my judgment, the underlying structure of this type of novel should be as historically accurate as possible: everything else should be a product of invention. Having worked for many years in academia, I am sensitive to the perils of manipulating history, and tread very carefully when it comes to including real-life characters in my fiction.

Generally, I draw from first-hand material, documents, and correspondence, in order to let these individuals behave according to their actual nature. Around this core of credible historical reconstruction, I feel free to weave events where invented characters move just as credibly.

In this endeavor, the ratio between research and output is such that the work behind the scenes is as substantial as it is (and must remain) invisible!

A: Speaking as a reader, what I most enjoy is when a book allows me to take away something implicit, subtle, and suggestive. If, in addition to entertaining, I succeed in capturing the readers’ emotions and in dropping a few thought-provoking hints worth remembering, I will be pleased.

A story, no matter how apparently remote from our daily lives, should always tell us something about ourselves. The Night of Shooting Stars strives to portray the complexity of human choices in trying times, and to remind us that – no matter how noble our intentions – some of those choices have a high cost, for us and for others as well. 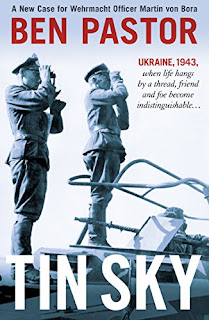 A: There are a couple of projects on the front burner now. The first is a book tour (by videoconference due to covid-19 restrictions until the end of June, and then in person) for The Great Chase, an Aelius Spartianus mystery, set in IV century CE Palestine.

This fifth novel of the “Roman series” places my combined interest in archeology and adventure/detection against the backdrop of a feverish, bloody hunt for Maccabee gold through the parched hills of Galilee.

The second project is The Gypsy Synagogue, a new Bora novel. Set during the battle for Stalingrad in 1942, it is something I have been planning for years, an ambitious, multilayered work-in-progress that is finally coming to completion.

I am in the third year of research, and every day I learn something else about the harrowing German-Soviet clash on the river Volga worth elaborating on and retelling.

A: Thanks for asking. The contagion-related lockdown kept me from returning to the U.S. as scheduled, so I am still in northern Italy.

I’m using my time here studying cartography, walking, learning about the prehistory of the Po River valley (new ideas and perspectives are always beneficial), working at the new Bora novel, and planning to teach a fourth Creative Writing workshop with an interesting group of adult women writers.