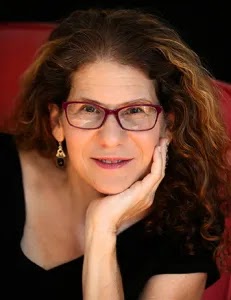 Eileen Pollack is the author of the new essay collection Maybe It's Me: On Being the Wrong Kind of Woman. Her other books include the memoir The Only Woman in the Room. She lives in Boston.

Q: What inspired you to write Maybe It's Me, and how did you decide on the book's title (and subtitle)?

A: I wrote the essays in Maybe It's Me over the past 15 years, one by one, each motivated by a question about some aspect of my experience.

The project was kind of put on hold because of COVID anyway. I moved to Massachusetts and started dating a guy who used to be a big-time editor in New York and who claimed that one of his real talents was coming up with titles for other people's books.

We were on a long hike, and even though he hadn't read any of the essays, he simply asked me to talk about the book. I was describing the long essay about all those bad dates, and I must have used the phrase, "I don't know, maybe it's me, but ..." And he stopped me and said, "That's your title."

Later, over dinner, he asked me a few more questions and came up with the subtitle. Sadly, the relationship didn't last. But I did acknowledge the debt in the back of the book and sent him a copy.

Q: The Publishers Weekly review of the book mentions your “knack for wringing humor from the mundane.” What do you think of that description?

A: Well, I don't know how mundane some of my experiences actually are. But I do wring humor from almost everything that happens to me. How could I not? I literally grew up at a hotel in the Borscht Belt, the home of American stand-up comedy. 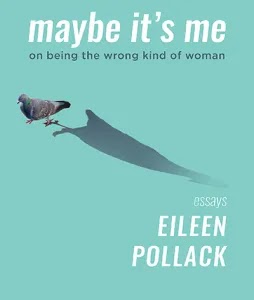 You had all these Holocaust survivors, immigrants, people who barely made it through the Great Depression and WWII. They wanted you to know what they'd survived, but they didn't want to make you think they were asking for pity.

How do you do that? You tell your story ... but find the humor in it. No one I knew read any real literature. Even my high school English teacher thought Ayn Rand was the be-all and end-all of great writers. The only culture I grew up with was the stand-up routine, the sketch, the dirty joke.

I didn't think you could be a serious writer with that sensibility until I took John Hersey's fiction seminar at Yale and he gave us Grace Paley and Leonard Michaels and Philip Roth and Saul Bellow to read.

My seventh-grade English teacher had given me a book of E.B. White's essays ... they blew my mind, but I didn't really understand what they were until I took Hersey's nonfiction seminar. White's sense of humor is WASPier than mine, but I loved how he found humor even in the death of a pig he loved (I don't mean Wilbur ... I mean the nameless pig who dies in his essay "Death of a Pig").

And now I love David Sedaris. So that slowly has become my preferred medium, the darkly comic essay.

Q: What do you see as the importance of Judaism and your relationship to it in these essays?

A: Again, each essay is shaped around a question. I was raised nominally Orthodox in one of the most culturally Jewish towns that has ever existed in America, so some of the biggest questions in my life have concerned my experience of Judaism.

I love so much about the religion itself--the actual theology--and the practice of that religion--even though I'm no longer observant. I love the culture, the history, the language, the literature.

And yet, as a Jew, I have question about my own Jewishness, about other people's Jewishness, about Israel. I'm not the first person to say that part of being Jewish is asking questions ... and struggling to find the answers.

A: I'm working on a novel about a series of disturbing events that happened around the time I graduated from high school. In part, I'm re-thinking my relationships to two older men--the English teacher who loved Ayn Rand and my boss at the screwy insurance company where I worked most summers.

I'm interested in the way I saw those relationships at the time versus the way I see them now, in the #MeToo era. But I'm also very interested in the way those relationships blinded me to the violence other women I knew were suffering and the ways in which racism and homophobia were harming--even killing--the queer people and people of color around me.

A: Every essay in Maybe It's Me is as true as I could make it.