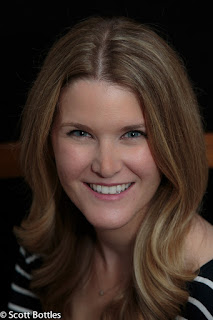 Julia Kelly is the author of the new historical novel The Last Dance of the Debutante. Her other novels include The Last Garden in England. She lives in London.

Q: You write that your mother introduced you to a book that inspired you to write The Last Dance of the Debutante. Can you say more about that, and about how you created your character Lily?

A: Mum did recommend the book The Last Curtsey by Fiona MacCarthy, who had been a debutante herself. The book follows the 1958 social Season for the last group of debutantes presented at court to Queen Elizabeth II.

I’m always drawn to writing about moments in history where the social structures are starting to shift, and this was a time when British society was starting to change but hasn’t quite tipped over into the Swinging Sixties or the sexual revolution.

Q: What do you think Lily's experiences say about the class system and the role of women in late-1950s England?

A: As the daughter of British and American parents who grew up primarily in America, I’ve always been fascinated by the class structure in Britain. Court presentations were invitation-only, and in order to be considered a woman had to be presented by a woman who had herself been presented. (This was often a mother, grandmother, or aunt.) Therefore, only a very privileged, elite group of women could be presented at court.

However, I think that the announcement that court presentations would end after 1958 is a quiet admission that society was moving on. Queen Elizabeth II, whose coronation was the first broadcast on television, was likely aware that the debutante tradition felt outdated by this time.

That being said, even though the presentations ended in 1958, the Season continued for a short time afterwards. Clearly there was an investment in making sure that a girl was brought out and accepted in society the way that previous generations had been. 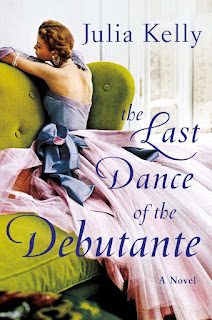 A: I usually have a strong idea of the beginning and ending of the book I want to write when I pitch it to my editor, and in the case of The Last Dance of the Debutante I was even more certain how I wanted the book to end.

However, things always change from pitch to final draft. In edits, I added an entire storyline about Lily and her grandmother, who didn’t even exist in the first draft I wrote!

A: While writing The Last Dance of the Debutante, I had the unique opportunity to speak to several former debutantes. One woman had been presented in 1958 and could describe what it felt like to walk into Buckingham Palace to curtsey before the queen.

Normally I read a lot before and during the writing of a novel, but even with great research, capturing how people felt as they went through the historical events you’re trying to describe can be a challenge. Speaking to these women was invaluable.

A: Unfortunately I don’t have a title yet, but I’m working on a book set in Liverpool, where the English side of my family is from.

It’s based in part on family history, and it follows a young Catholic woman named Viv, and a Jewish man named Joshua, who fall pregnant and are forced to marry. However, on their wedding day they’re separated and Viv is left to raise their daughter alone.

When war breaks out, Viv sends their daughter to safety in the countryside, but tragedy strikes and changes her life forever. Years later, Viv learns that there may be more to the story of what happened to her daughter during the war than she could ever have guessed, and only Joshua can help her find out the truth.