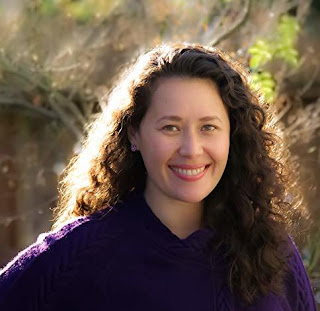 Jennieke Cohen is the author of the new young adult historical novel My Fine Fellow, which is based on My Fair Lady. Cohen also has written the YA novel Dangerous Alliance. She is based in Northern California.

Q: What inspired you to write a new, gender-reversed version of My Fair Lady?

A: I’ve always really loved the movie and the show, but there were certain facets of the story that irked me—especially as I got older and I realized what a misogynistic tyrant Henry Higgins is.

Eliza Doolittle brings up the damage he’s done to her psyche after he and Colonel Pickering have turned her into a lady, but in My Fair Lady (much less so in Pygmalion, the musical’s source material) her valid realizations are diluted in favor of the vaguely romantic ending. (Even George Bernard Shaw was never happy with the ending of My Fair Lady!)

I wanted to write a new take on the Pygmalion story that took the issues of class seriously while also making it clear that the problems highlighted in the original story are not limited to any one gender, race, or religion.

Q: The Kirkus Review of the book says, “Cohen strikes a compelling balance between paying homage to her source material and telling a new story about two outsiders trying to make their marks in a deeply prejudicial society.” What do you think of that description, and how did you balance the original version of the story with your own?

A: The balance was a difficult line to walk. I wanted My Fine Fellow to be as entertaining as the original, yet I also wanted to authentically portray what it would be like to be Jewish in England in the 1830s, as well as what it might be like for a person of mixed race who appears Caucasian. 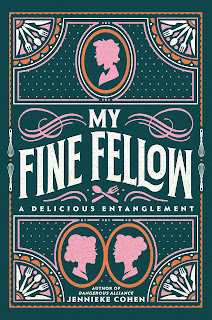 The majority of the book’s structure is the same as My Fair Lady, except in the third act where I necessarily had to deviate to fit my characters and premise. But there are nods to the original throughout.

I find Kirkus’s description so flattering—especially because that was exactly what I was trying to do with this book.

Q: What kind of research did you do to write the novel, which is set in an alternate version of 19th century England?

A: Happily, I had already done a great deal of research on the Regency period for my first novel, Dangerous Alliance, and I made the decision to have the timeline for My Fine Fellow deviate from ours during that time period.

Instead of Princess Charlotte of Wales dying in 1817, I imagined a world where she survived to inherit the throne from her father George IV. This meant that I could play with a number of circumstances, such as food and ingredient availability, diplomatic relations around the world, and greater gender equality.

Still, I had to research all of those aspects to know how much I could plausibly deviate.

I also did a great deal of research about the Jewish experience in the early 1800s, since that was one of the historical elements that I wanted to be as true to life as possible.

A: Ultimately, this book is a fantasy—a sort of idealized version of what society could have been (yet, a society with flaws, nonetheless). I hope readers see the world through someone else’s eyes for a while, that they see the parallels to our own society, and that they have an enjoyable time in the process!

A: Unfortunately nothing I can discuss at the moment—stay tuned!

A: In My Fine Fellow, my main characters Helena Higgins and Penelope Pickering teach my Eliza Doolittle analogue, Elijah Little, how to become a gentleman chef of the highest order. If anyone attempts to make any of the dishes in My Fine Fellow, please tag me or send me a photo. I’d absolutely love to see any and all creations!