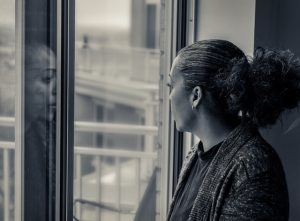 Quan Barry is the author of the new novel When I'm Gone, Look For Me in the East. Her other books include the novel We Ride Upon Sticks. She is the Lorraine Hansberry Professor of English at the University of Wisconsin-Madison.

Q: What inspired you to write When I'm Gone, Look For Me in the East, and how did you create your characters Chuluun and Mun?

A: About a decade ago I heard a story on the radio that the Dalai Lama, who is worried that the Chinese government may politicize His death and name a puppet Dalai Lama after He passes, was considering taking the unprecedented step of reincarnating while He is still alive.

He has since decided on a different protocol following His death, but when I heard this story, I became fascinated with the tradition of naming young children as reincarnations and what that whole process entails.

Consequently, I decided I wanted to write a novel about the search for a reincarnation, and I knew that I wanted some characters who were true believers and others who were more skeptical. I very quickly realized that identical twins could be an effective tool to allow me to explore what faith looks like in different permutations.

Q: How did you research the novel, and did you learn anything especially surprising in the course of your research?

A: I was fortunate to travel in Mongolia, and in other Buddhist landscapes, such as Dharamshala in India, Sikkim, and Bhutan. I talked to a lot of people, both scholars and practitioners, and spent a few days in a Bhutanese monastery.

Madison, Wisconsin, is also a place where numerous different Buddhist traditions are practiced—the Dalai Lama has given many teachings here, and there are also quite a few scholars at UW who work on documenting the benefits of meditation and mindfulness. I was lucky to be able to chat with all kinds of people, who were beyond generous with their time. 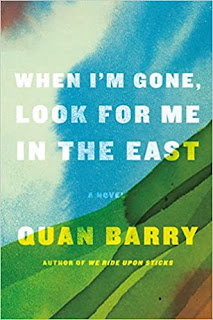 Before traveling to Mongolia and then diving into researching this work, I admittedly didn’t know that much about Chinggis Khaan excerpt for the things we often learn about him in the West, i.e. that he was a bloodthirsty despot.

But in the course of researching the book, I learned that he is a much more complicated figure, and that he established some pretty sophisticated practices, like a postal service and diplomatic immunity. I hope the book also complicates the reader’s view of this historical figure—Time magazine named him their “Man of the Millennium.”

Q: Reviewer Emily Temple wrote, "This novel couldn’t be any more different from Quan Barry’s deliciously irreverent 2020 novel We Ride Upon Sticks—except that it is similarly excellent, and similarly immersive, a full-throated plunge into a very specific, fascinating world.” What do you think of that description?

A: In all of my work, I’m always attempting to not only tell an engaging story, but to also present an often underrepresented landscape/community/history to the reader.

In When I’m Gone, I hope the reader comes away with a deeper understanding of Mongolia, its rich history including its time as the center of the world, and the modern challenges facing the ancient Tibet Buddhism tradition.

Q: Another review, from Publishers Weekly, says, "Barry brings a great deal of empathy and nuance to the brothers’ attempts to reckon with their spirituality." How would you describe their relationship with spirituality?

A: At the beginning of the book, the main character, Chuluun, believes that he and his twin, Mun, are at opposite ends of the spiritual spectrum.

But the fact is that they both have a relationship to spiritualty, even if their ways of traveling that path are different. At the end of the day, even atheism occupies a position along the spiritual spectrum, so rather than think in binaries, which is often our default perspective on the world, watching the inner journeys of Chuluun and Mun made me realize life is all about spectrums.

A: I’m working on a new novel titled My God is Godly, which is set in Antarctica. A group of tourists becomes stranded on a small island after suffering a catastrophic accident while kayaking along the Antarctic peninsula. I think of it as an adult version of The Lord of the Flies.

A: My first play, The Mytilenean Debate, will be staged here in Madison and run from Feb. 24-March 13. One small positive to come out of the pandemic is that more and more theaters are making plays available to audiences both in-person and online, which means that folks anywhere in the country can watch The Mytilenean Debate. Tickets are available at forwardtheater.com.