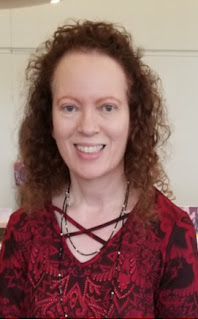 Elaine Stock is the author of the new historical novel We Shall Not Shatter. She lives in upstate New York.

Q: What inspired you to write We Shall Not Shatter, and how did you create your characters Zofia and Aanya?

A: Even before I realized that We Shall Not Shatter was brewing as a story, I always asked my grandmother—my father’s mother—about my grandfather, who passed away three months before my father was born, from complications of a ruptured appendix.

As much as I thought my grandmother as nothing short of wonderful, she always shut down this topic of conversation with: “What? Are you going to writing a book?” This was her way of saying she didn’t want to talk about it.

I believe it was her way of coping as a young widow. She’d given birth to my father—her second child—four days after Pearl Harbor was bombed. It was too emotional of a subject for her, especially during the traumatic background of the world fighting a raging war pitted against her having to raise two young children on her own.

Yet she sadly took to her grave countless true stories about my grandfather…what he was like, what his extended family was like, and all of their joys and struggles.

What I managed to learn through the years from my father was the little he knew: my grandfather came to America from Poland and had deaf siblings, though he wasn’t deaf. There was also a slight mention of a deaf aunt being sent back to Poland. That was it, but not enough for me and I wondered and wondered about my paternal family and their life in Poland.

Then, suddenly, when I was in my 20s and newly married, apparently two of my grandfather’s deaf brothers contacted my father and a meeting was arranged, including me and my husband.

Though these great-uncles and their wives were deaf and the rest of us did not know how to sign, they were able to read our lips enough to reply verbally (though limited) and we exchanged a lot of notes. What was shared was a handwritten family-tree sketch.

Wow! I now had names. I now knew the family came from Brzeziny, Poland, while it was still under Soviet control. I learned that my great-grandfather was a tailor and that Brzeziny was a town full of craftsmen tailors with a stellar reputation throughout Europe—at that they lived there. And I learned…

About my great aunt. Somewhat. She was the oldest child when the family emigrated from Russia-Poland on one of the last ships to cross the Atlantic before WWI broke out. They landed at Ellis Island on July 4. This great aunt was a young teen then. 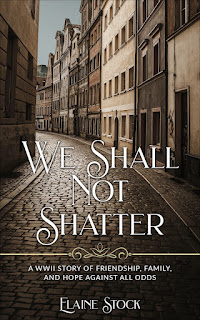 Here the story remains cloudy: she was either rejected at Ellis Island because she failed the medical tests (the other deaf children were quite young and weren’t examined that closely) and was sent back to Poland, or she never journeyed to the US because of her deafness and the risk and possible jeopardy of the whole family being sent back overseas.

What was known was that, at the time of the German invasion, as a deaf, middle-aged, and Jewish woman, she perished in the Holocaust—along with her older relatives that remained in Brzeziny.

As for Zofia and Aanya, Zofia is Catholic and hearing-abled and Aanya is Jewish and deaf. I wanted these women to come from opposite family backgrounds and to be childhood friends, despite conflicts that society deemed existent that they didn’t see, and then on a larger scale, as the Nazis deemed.

I wanted their differences to be great, but not insurmountable that they used these differences to morally see the beauty of all people of different faiths and backgrounds and to champion humanity. My desire for this plot element was to encourage a brightness and compassion during an otherwise dark time of mankind. One must always cling to hope!

Plus, not knowing a thing about my great aunt—her personality, her likes, dislikes, fears, and dreams—I shaped Aanya as a character who never thought of her deafness as a disability or her faith as a shame.

Q: How did you research the book, and did you learn anything especially surprising in the course of your research?

A: I read just enough biographies, accounts, research books and watched documentaries to get a grasp of setting, history, and society prior to WWII and during the war—both in America and in Europe. Then, I concentrated on telling a fictional story. As I wrote, I constantly fact-checked myself.

I was fortunate enough to find and purchase a book about Brzeziny that taught me about how glorious Brzeziny used to be prior to both world wars, and sadly, the horrid, brutal suffering its people endured from the Nazis.

A: We Shall Not Shatter is actually part of the dialogue that Zofia and Aanya shared. I don’t want to give too much away, especially about this poignant scene, but it does refer to the Night of the Broken Glass—Kristallnacht—that occurred in November of 1938. These long-time friends refuse to let their friendship be shattered like the glass of businesses and homes during Kristallnacht.

A: Always have hope in a better tomorrow. That will always be one of my author’s themes. And if one’s corner of the world isn’t to one’s liking, then take a stand like Zofia and Aanya do.

A: We Shall Not Shatter is Book 1 of the Resilient Women of WWII Trilogy. I just submitted Book 2 to my publisher, Amsterdam Publishers. I’m about to continue in my research for Book 3 and start writing. I can’t wait!

A: We Shall Not Shatter is a story that yes, is set during WWII, and yes, has some scenes and references to the atrocities by the hand of people, but it’s truly a story about the friendship of two special women that advance readers are calling endearing characters. I hope many see Zofia and Aanya that way.