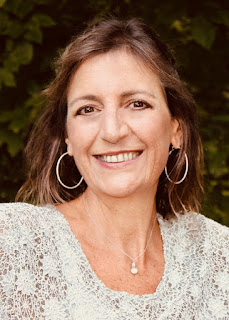 Wendy Corsi Staub is the author of the new novel The Other Family. She has written more than 90 novels, including the Lily Dale Mystery series. She lives in the New York City suburbs.

Q: What inspired you to write The Other Family, and how did you create your character Nora and her family?

A: First, Deborah, I so appreciate this opportunity to chat with you! Thanks for having me!

The Other Family started with the twist—the blindside at the very end. I thought of it first—a very basic What If. I knew would be complicated to pull off.

Once I had that, I had to figure out what kind of characters would make it most interesting. In this case, the family dynamics really grabbed me, particularly the mother-daughter relationship between Nora and Stacey.

Having parented sons through adolescence, I have personally never been on the receiving end of an angsty teenaged girl’s complex relationship with her mom, but I certainly doled out more than my share of frustrations and resentment to my own poor mom back in the day. That relationship drives much of the emotional tension in this plot.

Q: The house the family moves to is in Brooklyn. How important is setting to you in your writing?

A: Setting has always been a key element for me—particularly New York. I loved exploring how this family—sunny California transplants—would react and adapt to landing in gritty Brookyn.

Beyond that, the house is so important. It’s the scene of a notorious unsolved triple homicide, and has some creepy secrets in its past. 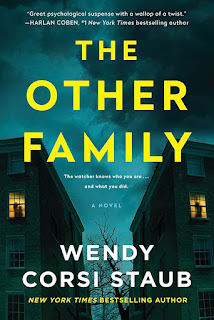 I have always had an affinity for cool old houses—I grew up in one, and have lived in/owned one since our first son was born. You never know what you’re going to find under a floorboard or buried in the yard. I’ve personally unearthed some interesting artifacts while gardening, and that works its way into the book, too!

Q: Can you say more about how you wrote the novel?

A: As I said, I conceived the ending before anything else. But when I was working on the proposal and sort of thinking aloud with my younger son, he had an idea on how to twist the twist. I liked it in theory, but thought it would be really hard to do.

I sent the proposal to my editor without that and never mentioned it. But one of the editors at Harper who read it gave feedback suggesting exactly that second twist on the twist. I think it was organic to the story after all, because once I started writing it from that angle, it really took off

A: If I did my job, then they’ll feel like the clues were there, and that in retrospect the surprise ending was inevitable.

A: I’m under contract for another standalone psychological suspense novel with William Morrow. The working title (that I’d love to keep) is Windfall, and it’s about a trio of former college roommates who buy a lottery ticket on a girls’ reunion weekend, and win an astronomical jackpot. The one holding the ticket, which is bearer-specific, vanishes before they can claim the money.

It’ll be out around this time next year!

A: Prose and Cons, the fourth book in my traditional Lily Dale Mystery series with Severn House, was out last month and I just finished writing the fifth, The Stranger Vanishes, also coming this year.

And finally, after three decades in this business, I’m more grateful than ever for my loyal booksellers, librarians, and readers. I absolutely love hearing from everyone and connecting on social media, so please come find me there!