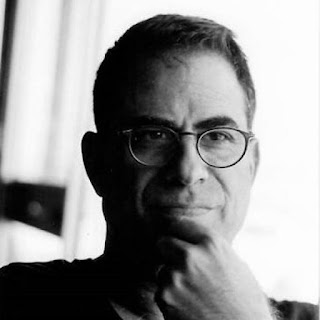 Ethan Michaeli is the author of the new book Twelve Tribes: Promise and Peril in the New Israel. He also has written The Defender: How the Legendary Black Newspaper Changed America, and his work has appeared in a variety of publications, including The Washington Post and The Atlantic. He is a lecturer at the University of Chicago Harris School of Public Policy.

Q: You write, “I gave this book its title to employ...the Tanakh's description of the ancient Twelve Tribes as a paradigm for the complicated, often fraught dynamics among the religious factions, ethnic traditions, and political affiliations within Israel today.” Can you say more about that, and about what inspired you to write the book?

A: I’m not a very observant person, but I have read the Tanakh. Even with a cursory education, you see that the 12 tribes of ancient Israel didn’t get along very well. They fought, they robbed and murdered, they conspired against each other.

The book is not an effort to map the ancient tribes onto a modern equivalent. I wanted to use the 12 tribes as a metaphor for what’s going on in Israel.

Israel is a diverse Jewish society and also includes Palestinians and Christians. Israel is a very factional society. People are connected to a group—Iraqi Jews, haredi, Palestinian Christian. To have a very strong relationship with your own group defines your relationships with other groups.

My mother and older brother live in Israel. I have many cousins there. I’ve been there many times, and I speak Hebrew fluently. I felt none of the books out there did a good job of portraying Israeli society today. They [focus on] pundits [and others] far removed from the grassroots.

Q: In a review for The New York Times, Dov Waxman writes of the book, “Viewed from afar, Israel is often seen in simplistic, even caricatured ways, whether good or bad, its complex history, society and politics reduced to talking points and slogans. It is refreshing, therefore, to read a book about the lives of actual Israelis, which brings their cacophonous voices, rather than the author’s opinions, to the fore.” What do you think of that description? 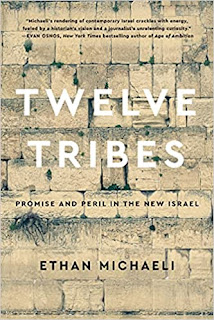 A: It’s right on target. I was very pleased and relieved! I’m really happy with it; he got it exactly right.

Not every interview I did appears in the book--it was a challenge to cull down the number of interviews. I thought I got everything I could in there. People in Israel, Jews and Palestinians, are willing to talk and have their stories told. Regardless of who they were, settlers, Palestinians, secular people in Tel Aviv, people were very generous in sharing their stories. It surprised me.

Professor Waxman got it right when he described the cacophonous voices. That was a pleasure of writing the book.

Q: What impact did it have on you to write this book?

A: The thesis I started out with was that we should listen to Palestinians and Israelis when thinking about what could or should happen in Israel. I wasn’t sure I would come away with any particular insight myself. But the insight was that it was even more important to listen to Palestinians and Israelis at the grassroots, as Americans who care about Israel.

Americans are not having the impact they want to, one that’s helpful and positive. Whether you’re pro-Israel or anti-Israel, or an advocate for Palestinians, a thorough knowledge will help you be more effective.

Q: You conclude of Israel, “The state's survival will be determined, then, by the extent to which it is able to accommodate all its tribes...” Do you think there's a way to do that?

A: Yes. There are a lot of ways to do that. In this country, we hang onto the concept of a two-state solution. People I asked about that in Israel were mostly in accord. In the interim, they are open to different configurations to work toward fairness and justice.

Everybody had a different idea, but Palestinians do still have a desire to have a state, and Israelis desire their own state. I don’t think the concepts are incompatible. It can be symbiotic, but we need steps to build trust.

Q: What about a sense of hopelessness that one can feel about the situation?

A: When you go there, you don’t see a country that feels grim. It feels very lively and prosperous. And that’s true in the Palestinian parts as well. The Palestinian Authority is not the transparent, progressive government that people would want to have, but Palestinians are thriving despite their government.

Ramallah today feels very much like Israel in the ‘70s. There’s a DIY spirit, a lot of youthful energy. Young people are active, women are very active and are confidently striding into their roles in society.

If you went to Dizengoff Street in Tel Aviv in the 1970s, Israel was not as wealthy as it is today or as secure as it is today. But there was optimism, energy, drive, and you see that in Ramallah.

People are creative and are willing to take scraps they find and turn them into something beautiful or whimsical. There’s no Starbucks in Palestine right now, so enterprising young people created a café called Stars and Bucks. It’s full of young people on their laptops tapping away. It’s an open, vibrant, energetic, and very youthful society.

I didn’t come away with any concerns. I saw it as, This is exactly who you’d want to partner with to build something.