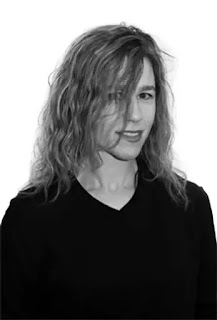 Kiare Ladner is the author of the new novel Nightshift. She lives in London.

Q: What inspired you to write Nightshift, and how did you create your characters Meggie and Sabine?

A: Long ago, I worked a nightshift job similar to Meggie’s. Years later, my partner suggested I write a novel set in that world and call it Nightshift. I laughed: cool idea but I had no story.

A few years after that, I found myself doing a Creative Writing Ph.D. – and up against failure. The world’s slowest writer (me) had hardly any time left to produce 50,000 words… In desperation, I finished a first draft of Nightshift in just over three months. Since then, I’ve realised I was able to because the story combined a setting I knew well with a topic that obsessed me.

Though I’ve not had my own Sabine, I guess she’s a composite of women I’ve heard about, read about, and known. I was interested in friendships/relationships that flare fiercely then burn out. Charismatic women who are also shape shifters: powerful and unpredictable; vulnerable and unreachable.

As for Meggie, I wanted to explore this question through her: what happens when you meet someone you want to be? After creating the basics of her character, I inhabited her during the writing of the book rather like an actress inhabiting a role.

Q: The writer Julianne Pachico said of the book, “Daring and dark, it explores themes of nihilism, escape, and desire, with classic noir echoes of Patricia Highsmith.” What do you think of that description?

A: It makes me curious to read more Patricia Highsmith! And it’s flattering. Definitely, Julianne Pachico “got” the book. 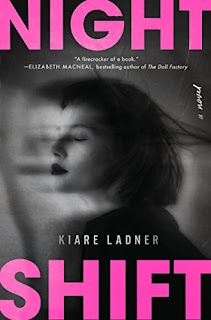 When this happens it’s the best feeling. Because it’s not about the reader identifying with you – you aren’t the book. It’s about something bigger than you, and bigger than the book. A sliver of shared perspective.

(Only after Nightshift came out in the UK did I realize that when a book’s described as “daring” it means some mainstream readers might not share its perspective. They might even be quite vociferous in why they don’t! Which only makes the readers who do seem all the more wonderful.)

A: I knew about Sabine. But I didn’t know exactly how things would unfold.

Writing endings can be quite exciting. I remember a woman once describing a 10-day horse ride that took place every year. She said how on the final day, the horses know they’re coming to the end. They gallop wildly along the last stretch to the finish line.

Sometimes with writing that happens and it’s a tremendous feeling. The story itself just takes over and gallops to the end.

Q: How would you describe the dynamic between Meggie and Sabine?

A: Toxic is a popular word these days. But I don’t see it that way. I’d describe the dynamic as mutually defining. Each enables the other to be what she needs to be at this point in her life. Even if it’s risky or self-destructive, neither would have lived fully without going there.

A: I’ve just finished a short story based on a true event. In the next couple of weeks I might start another, or go back to a novel I was working on, or start a new novel, or experiment with something undefined.

Hopefully, by the time this interview appears on your blog I’ll be in the midst of *whatever* and the days when I was clueless will seem difficult to recall...