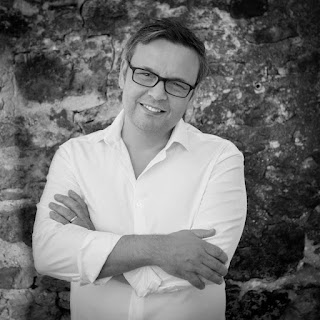 Rio Youers is the author of the new novel No Second Chances. His other books include Lola on Fire. He lives in Ontario, Canada.

Q: What inspired you to write No Second Chances, and how did you create your characters Luke Kingsley and Kitty Rae?

A: Luke and Kitty had taken up residence in my mind long before I sat down to write No Second Chances. That happens sometimes – a partially formed character nuzzles his or her way into my brain and hangs out there, not saying much, just waiting for their moment to shine.

I didn’t know too much about them at first, other than that Luke was an actor who’d fallen on hard times, and Kitty was a beautiful, strong young woman looking to make it big in Hollywood.

It was only when I added Johan Fly – the novel’s antagonist, a charismatic social media personality and wannabe Viking – that Luke and Kitty’s character started to take shape. And even then, they didn’t really become fully fleshed out until I sat down and started to write the book.

So yeah, I had a couple of sketches – just enough to work with – but it was the story that added the color and depth.

As for what inspired No Second Chances, I was drawn to the idea of fame, and how celebrities are perceived in this still-burgeoning age of social media. It’s a different landscape, both glorious and precarious.

I wanted to explore that, and from both sides – to create these characters who are viewed through the same lens, yet identified very differently. As a writer, and someone drawn to character, I found that concept very appealing.

Q: The novel is set in Los Angeles--how important is setting to you in your writing?

A: Well, the novel is primarily set in Los Angeles, but our characters do venture out into the desert later in the story, and even across the state line into Nevada.

And for me, the setting is incredibly important. It creates environment, mood, and scenery. It feeds the story. That’s true for any genre of novel, whether it’s set in outer space, in some fabulous fantasy realm, or on the gritty streets of an American city. The location elevates the characters and the story; it’s the platform upon which everything stands.

Also, in regard to contemporary fiction, it gives the reader a touchstone – something they can relate to. It helps cement the believability. That’s particularly useful for me, because some of my characters (usually the dangerous ones) have been known to do any number of unbelievable things. 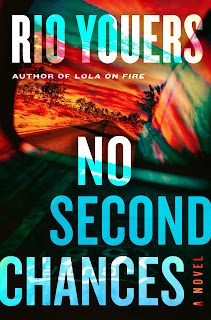 For No Second Chances, I chose L.A., mainly because it’s set against the backdrop of the entertainment industry, but also because I had always wanted to base a novel in California.

I’m a seat-of-the-pants writer. Always have been. Always will be. Writing to an outline…I get it, I really do, but it’s not for me. I feel too penned in.

That being said, I had several scenes and a couple of big set pieces in my head when I started writing No Second Chances. They helped influence the book and the characters, and they gave me direction. They were waypoints I wanted to hit on my journey from beginning to end.

A: That celebrities are fallible, complex human beings, just like the rest of us. They put their pants on one leg at a time, and are apt to make mistakes. Also, we may think we know them, because of their online accounts, but – for better or worse – we don’t really know them at all. The social-media lens is easily distorted.

A: I’ve just started work on a new novel. It’s more of the same: big characters and big action. I don’t want to say too much, because it’s early days, but yeah, I’m very excited about this one, and I can’t wait to see how it all comes together.

A: Only that I feel blessed to do what I do, and that I’m incredibly grateful to anybody who picks up a copy of No Second Chances. If they read it, and enjoy it, there’s a good chance they’ll enjoy my other books, too. Check out my website, rioyouers.com, for details and links.