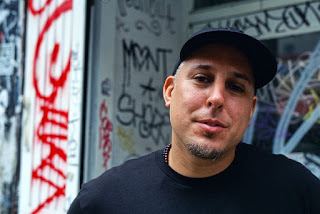 Mic Nickels is the author of the new memoir Bars for Days, which has a companion album. A rapper and frontman for the hip hop group Nickel and Dime Ops, he is based in New York.

Q: What inspired you to write this memoir/album?

A: I have just had an interesting life and have had the privilege of experiencing so many amazing moments. I wanted to be able to capture that and hopefully I can inspire others to take risks and live fulfilling lives.

For years, people who knew me had been telling me I needed to do a documentary as they watched me perform with my band, and work my butt off in the studio, while working nights to support myself. All the while I was flying back and forth between New York and Texas every other weekend like clockwork, to be with my children.

As I investigated doing a video documentary, I realized it would be too expensive. Around that time I returned to the University of Miami to complete my bachelor's degree and I was excelling at all of my creative writing classes. Then it dawned on me. I should write my own story!

I had really just begun taking the writing of this project seriously when COVID broke out. For me it was a blessing in disguise, being able to stay home every day and write three to five hours a day.

Q: How would you describe the relationship between your writing and your music?

A: I'm addicted to creativity. I always have to be making something. For the majority of my life, that creative passion has been focused on writing music and lyrics, but I have also dabbled in visual art, videography, and screenplay writing.

This was my first time writing a book. To get an opportunity to write freeform, without the constrictions of rhythmic poetry was liberating. But I think you still hear the rapper in me as you make your way through pages.

I felt that way during the process, but now people who have read it have commented on the fluidity and syncopation that is present in my wording. And they have done so without me saying anything. That type of commentary is rewarding. Knowing you achieved what you set out to do, and people get the vision you had when you started the project, is really special.

It's funny though, because now I am getting back into writing lyrics again, and there is a new level of descriptiveness and vocabulary play that I find present in these new verses, and I can attest that to being an author now. So it will be interesting to see the continued growth as I roam back and forth between these two very different mediums. 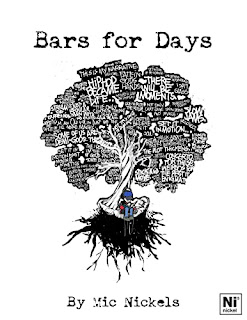 A: Bars for Days is a hip hop term. When someone in the culture says they have "bars for days," that means they can rap on and on forever. In the music world, a bar is one line of a measure. So when I was thinking about a title for the book, it sort of dawned on me that this is a story about the days of my life, and many of them I have spent writing and performing bars.

But also there is a double entendre, because through a huge part of my life, I have worked as a bartender to support myself. First at a comedy club in Miami, where I befriended people like Dave Chappelle, Tracy Morgan, Charlie Murphy, Dane Cook, and many others.

Then, later in New York City, I worked at a jazz club where I became close with legends of the genre, like Jimmy Cobb, Harold Mabern, Dr. Eddie Henderson, Al Foster, and many more. I talk about a lot of these experiences throughout the story.

Q: What impact did it have on you to write this book?

A: There is always a certain sense of satisfaction that comes with completing a major project. But this really was a whole other level for me. The amount of time, energy, and raw emotion that went into writing my life story was like nothing I ever experienced.

And when the first draft was finally complete, I felt overjoyed, and proud, and also relieved and mentally exhausted, all at the same time. I had to let my mind rest for a month or so before I could even consider working on the edit. But when I finally did, it was incredible, and almost unbelievable to flip through the pages.

I also lost my mother while writing this story, so it became a deep source of reflection and therapy for me to go over all the memories of my life at that time. When it was all said and done, I realized I wanted to do more. I know hundreds of amazing rappers. But there is a completely different level of pride that I feel when it comes to being an author now.

A: I had been so focused on finishing the book in 2021, that a lot of my musical projects had to sit on the backburner for a while. So currently I am working on catching up on all of those while I focus on getting the book and album out to as many new fans as possible.

I have some new solo music that I am working on, as well as some group projects, and the album with my band, Nickel and Dime Ops, that is in the early infancy stages.

As for writing, I have always been fascinated by dystopian sci-fi, and have been pondering delving into a fictional project of that sort. This is still in the conceptual phase, but I do look forward to starting to hash that out soon.

A: As we have already mentioned, along with the book, there is an album that came out on the same day, under the same title. On page 2 of the book there is a QR code that takes the reader to the streaming links so they can enjoy the music as they make their way through the story.

What is really cool about this is that the story follows my life essentially up to the moment I record the album, and even follows me into the studio, allowing the reader to understand what was going through my head as I recorded the tracks.

Here is a fun fact to bring to light. The cover art for the book and album are the same, and was hand drawn by my good friend, the very talented graphic artist, Charles "Ooge" Ugas. The image shows a young boy with headphones on, sitting under what appears to be the "Tree of Life," with roots below and branches above.