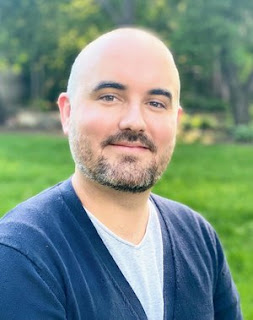 Scott Meslow is the author of the new book From Hollywood with Love: The Rise and Fall (and Rise Again) of the Romantic Comedy. He is a senior editor at The Week magazine and his work has appeared in a variety of publications, including GQ and New York magazine.

Q: What inspired you to write From Hollywood with Love, and how did you choose the films you focus on in the book?

A: As an entertainment journalist and critic, I’m always looking for a subject I can really dig into, and rom-coms seemed like especially fertile ground.

These are movies that are so well-known and beloved, and so much of what happened in Hollywood can be traced back to them — but I’d heard relatively little about how they were actually made, in the voices of the writers, directors, and stars who had made them.

As I thought about the ups and downs of the genre over the past 30 years, I could sense there was a bigger story to be told based on all those little stories, and I was excited about telling it.

That said: It was very hard to choose the specific films to focus on.

I began with a list of about 70 or 80 rom-coms that I thought deserved this kind of deep-dive analysis.

From there, it was a matter of whittling it down to a manageable number based on a number of factors. How successful was the movie both critically and commercially? Has it retained a place in our pop-culture consciousness even decades after it was originally released?

The 16 movies I chose as case studies felt to me like a fairly comprehensive survey of the broader trends in the genre, and in the film industry itself.

The chapter on Waiting to Exhale is also about Hollywood’s stubborn, maddening reluctance to tell love stories about non-white protagonists.

The chapter on Bridget Jones’s Diary and its sequels is also about the toxic and ever-shifting cultural standards for single women.

The chapter on Friends with Benefits and No Strings Attached is also about Hollywood’s struggle to tell stories about how people are actually dating (and, consequently, why they lost a sizable chunk of the audience).

In the end, I found a balance that worked: Movies that were interesting and beloved in themselves and that said something bigger about the culture in which they were made.

That said, I think someone could write a book focused on 16 totally different rom-com from this time period, and uncover an absolute wealth of  fascinating material (and if they did, I’d be first in line to read it).

Q: You begin with When Harry Met Sally--why did you start there, and what do you see as the significance of this film? 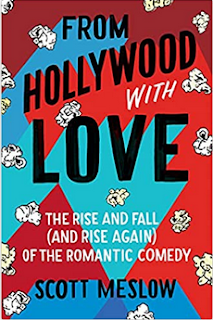 A: I see When Harry Met Sally as the bridge between two key phases of the romantic comedy, situated conveniently at the very end of the 1980s, and setting a precedent for the decades to come.

On one hand, it resembles the rom-coms of the 15 years that preceded it — talky, adult-oriented movies like the ones directed by Woody Allen and James L. Brooks.

But then there’s that big Hollywood ending: The sprint through the streets, the beautiful heartfelt speech at the New Year’s Eve party, and the revelation that Harry and Sally are just another one of the couples being interviewed about their love story.

I was not surprised at all to learn that Rob Reiner originally thought When Harry Met Sally should end in a bittersweet way, with Harry and Sally bumping into each other on the street, each with a new partner.

But the decision to go for broke on the big, swoony ending — absolutely the correct decision, for the record — set the tone for the more heightened, mega-romantic rom-coms that would come to define the 1990s and 2000s.

(It’s also my all-time favorite rom-com, so that didn’t hurt either.)

Q: The writer and actor Rachel Bloom said of the book, “From Hollywood With Love gives rom-coms the analysis and respect they finally deserve, especially since part of the snobbery around them is rooted in misogyny.” What do you think of that description?

A: First, I was honored that Rachel Bloom enjoyed the book and felt I accomplished what I was trying to do with it. I’m a huge fan of her series Crazy Ex-Girlfriend, which is an all-time great example of how you can both channel and deconstruct rom-com tropes without taking lazy shots at the genre, so her vote of confidence meant a lot to me.

And she’s absolutely right about how unfairly the genre has been treated historically. Misogyny has always been baked into bad-faith criticisms of romantic comedies: Just look at the term “chick flicks,” which is (thankfully) mostly out of use now but was prevalent, and often uttered with a sneer, during the rom-com boom I’m writing about.

It’s my experience that the men who get snobbish about romantic comedies tend to be the same men who happily indulge in the escapism of, say, an Arnold Schwarzenegger blockbuster — but, of course, treat that fantasy as entirely normal. They also tend to love movies like Wedding Crashers or The 40-Year-Old Virgin or some other raunchy rom-com that centers a male P.O.V.

The failure of imagination is entirely theirs, and it’s to their own detriment, because they’re missing out on a lot of great movies.

Q: What do you see looking ahead for romantic comedies?

A: I am very optimistic about the genre’s future. There’s the slate of rom-coms on the various streaming services, including recent standouts like Netflix’s To All the Boys trilogy and Hulu’s Happiest Season and Palm Springs, and the number of rom-coms being set up at the streamers is only growing.

I’m also excited to see the Hollywood studios getting back into the game. This year, we’ve already had Marry Me with Jennifer Lopez and Owen Wilson, and that’s not even the only new J.Lo rom-com — Shotgun Wedding is coming later this summer. I also think The Lost City, with Sandra Bullock and Channing Tatum, looks like a fun action/rom-com.

I’m most excited of all for Billy Eichner’s Bros, a studio rom-com centered on a love story between two men, and for Andrew Ahn’s Fire Island, which is a modern-day riff on Pride and Prejudice starring Bowen Yang and Joel Kim Booster.

Those seem like great examples of what a rom-com can be today: Big, fun, zippy love stories that pay tribute to the genre’s rich past while adding diversity, in both race and sexual orientation, that should have been there all along.

A: Right now I’m pretty busy promoting From Hollywood with Love, but after that, I’m looking forward to getting back to writing for publications like GQ and Vulture.

I don’t have anything to announce about a second book yet, but stay tuned — and as always, you can find everything I’m working on, as well as the archives of my previous work, at www.scottmeslow.com.