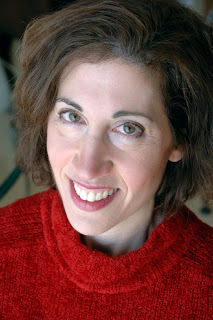 Shirley Reva Vernick is the author of the new young adult novel Ripped Away. Her other books include The Blood Lie, and her work has appeared in a variety of publications, including Salon and Cosmopolitan.

Q: What inspired you to write Ripped Away, and how did you create your characters Abe and Mitzy?

A: My calling is to write about the experience of being different from the mainstream, of being made to feel other.

Ripped Away is based on the ordeals of London's Jewish immigrants—mostly from Eastern Europe—during the Jack the Ripper spree, when xenophobia ran high.

Talk about feeling different—different religion, different customs, and different language at a time when the public mantra was, "No Englishman could have committed these crimes!" The city's Jewish refugees, who'd escaped the brutal antisemitism in Eastern Europe, found themselves attacked once more, this time by officials and citizens who assumed the Ripper must be a Jew.

This episode in Jewish history especially drew me because three of my grandparents were among the wave of Eastern European Jewish emigrés seeking safety from pogroms in the late 19th century. In fact, one of my grandmothers fled Eastern Europe alone at age 12, when she was orphaned in a pogrom.

Those pogroms, we know, were often sparked by blood libels. And what was the antisemitic outcry over the Ripper if not a blood libel?

I created Abe and Mitzy out of everything I know about contemporary youngsters. At first, I heard Abe's and Mitzy's voices—and observed how their speech reflected their personalities, values and goals. That's the usual beginning place for me, the characters' voices.

Then their physical appearance, social status, and backstory coalesced around those voices, which I'd eavesdropped on from the vantage point of my imagination. Of course, I knew from the outset that Abe and Mitzy were Jewish. 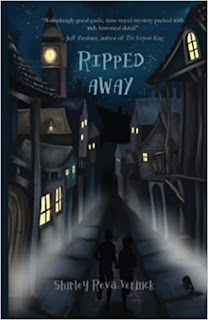 Q: Did you need to do a great deal of research to write the novel, and if so, did you learn anything that especially surprised you?

A: I did do a lot of research. I immersed myself not only in the facts of Ripper history, but also in the socioeconomics, culture and zeitgeist of the era, both in London and the wider world. Fortunately, I love to read!

I think what most surprised—and anguished—me was the complicity of some of the government officials in perpetuating the antisemitic hysteria; for instance, examining the knives at kosher slaughterhouses to see if any of them "could have been" the Ripper’s murder weapon. When a government legitimizes intolerance and oppression, that terrifies me.

Q: What did you see as the right balance of fiction and history as you wrote the novel?

A: I love this question, because it was top-of-mind throughout my writing process. I wanted to factually follow the general historical events related to the Ripper spree and the antisemitic xenophobia. Within that framework, I wanted to create a storyline that would speak to today's youngsters. That's why Abe and Mitzy are contemporary characters who end up in Victorian England through time travel.

A: I hope youngsters, in addition to learning about this chapter in Jewish history, will understand that we all have to help each other in the face of intolerance. Even if you help just one person, that’s huge—and vital.

As the Talmud tells us: “Whoever saves one life saves the world entire.” In other words, one person CAN make a difference. And everyone who is physically able has the responsibility to show kindness to others.

For adult readers, I see another takeaway. In the story, Abe and Mitzy have to learn the hard way how important it is to support the oppressed. But in real life, parents, teachers, librarians, and others can—and must—help kids grasp this point from the relative safety of the classroom, library, home, and community.

A: I'm writing a young readers' novel that features a golem, some magic stones, and a lot of snow.

A: At the risk of bragging, I can write backwards in cursive. I can also eat more ice cream in one sitting than anyone I know. I'm humbled, though, by my inability to type on a phone.