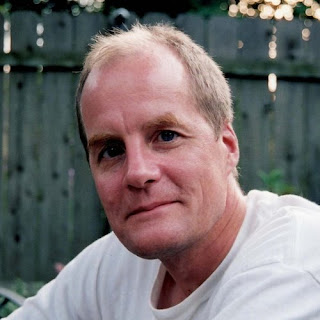 Brian Casey is the author of the new memoir Ambulance Man. He also has written the book Good Cop, Good Cop. He has worked as an EMT, a paramedic, an EMS educator, and a police officer.

A: I did not consciously decide to write a memoir, instead it was more that I felt compelled to describe my ambulance work experience. But rather than just gather a collection of stories, I could foresee an arc, from pursuing an attraction to a desire for competence to a realization that maybe efforts to overcome naivete had been taken too far.

It is remarkable that I even wrote a book (my second) considering my learning disability, or as I described it in the book, my “reading problem.” Yet, it could be that my deficit, which I kept hidden, helped me notice, record, and eventually reshape experiences into engaging and original retelling. I recognize that I move about the world of words in a way that to this day I don’t fully understand.

I now believe that my reading problem may have cleared a path for me, made a space for me to let my attention be drawn elsewhere. The things I noticed, and were able to recall in detail, were the things I valued and wished to capture. A retelling was a means to reexperience them or honor the otherwise anonymous, knowing these people and events would otherwise be forever lost.

Thinking back, I realize that I sought a dangerous path and lived to tell of it, and wrote it all down as if my life depended on it.

Since about the age of 15 I always had a scrap of paper in my pocket on which could be found a scribbled thought or image (I also carried a pocket dictionary through college and beyond).

I have a clear memory of the exact time and place when that part of my brain awoke and with it an attraction to the profound. By then I had had a number of experiences of what I can only describe as the seen world and unseen world (others have described this as the objective and narrative world) touching.

I started ambulance work as an EMT at age 19 while I went to college and upon graduation went on to become a paramedic. As an EMT, I thought it important to keep a log of the basic facts of each and every call. As a career paramedic, the keeping of a log would be too laborious, so I wrote down only what seemed too valuable to be allowed to just fade away.

In fact, I have always maintained a fear of allowing both the profound and the otherwise oddly significant ordinary events to disappear without some sort of record. Interestingly, at the end of a given work shift, usually nothing seemed very significant or noteworthy; however, after a day or two, the memories of certain events took on more meaning or significance, and I’d simply record what I’d seen, heard, felt, or thought.

I have accumulated a massive collection of unedited writing that has spanned my ambulance work career in Stillwater, Spokane, Minneapolis, and later, my days as a patrol officer in Saint Paul.

Of note, the book Ambulance Man, which spans my early days as an EMT and first two years as a paramedic, was written over several years from memory. I only referenced my collection of writings or journals for added detail as needed.

I began writing the book formally the first summer off as a new college tenured faculty back in 1989. I had been a paramedic and EMS educator for years when I was recruited by a local community college to help train paramedics. I continued to work part-time as a paramedic while teaching at the college. 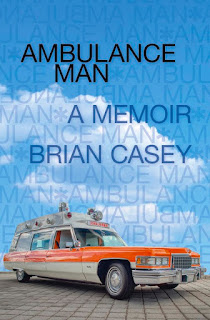 I left the college in 2006 to become a police officer. After working the “street” for several years I was promoted to sergeant and eventually became the director or our Employee Assistance Program.

The primary role is to be responsive to officers’ need for mental and emotional support and connect them with resources. This role has been a good fit for me for a number of reasons including, although I am not a therapist, that I seem to have the demeanor of one, and the cops tease me that I look and behave like one. My success in this role is in part due to my ability to build and maintain trust with the officers.

Additionally, I have a BS degree in Health Education. I mention all this because I developed an expertise in wellness for public safety workers. I set the draft of Ambulance Man aside to write and publish a wellness book for police officers called, Good Cop, Good Cop, which was published in 2018. After a bit of time to recover from that project, I got back to work on Ambulance Man.

Q: What initially interested you in working on an ambulance crew?

A: I was an anxious and hypervigilant kid with a huge visual appetite. I had this odd attraction to disorder and chaos, and people’s reaction to it. I developed a savant-like skill in locating crashes and mishaps by what I termed ambulance chasing.

This child labor of sorts produced in me boldness that appeared nowhere else in my young life. Although I was intensely interested in all things emergency (police, fire, medical), it was the ambulance workers and their vehicle that held my special reverence. Their duties were mostly hidden, adding to the mystery.

A: I know that I have the ability to craft a story that blends humor, humility, and emotion. Or as someone posted, “the stories were by turns hilarious and heartbreaking.” Although public safety workers (police officers, EMTs/paramedics, and firefighters) will enjoy the illumination of their work, I did not intend Ambulance Man for them. I wrote it for a broad audience, and the curious.

I believe an attractive feature of the book is that readers will find the narrator (me) to be earnest and someone who they want to succeed. Ambulance work was the career that chose me and I believe I am telling the story of the pursuit of an obsession, overcoming difficulties, suffering harm and awakening. As well as answering the question, what goes on inside an ambulance, or as one reviewer described it, that “rolling mystery box.”

I also hope to reach the learning disability audience. This could be an enjoyable read (or audiobook) for them. You may note in the cover photo the word ambulance is mirrored (which was thought to have utility back then – allowing drivers to see it correctly in their rear-view mirror). We emphasized it on the cover as a salute to those who struggle with words, as I did and still do (I misspell the word “ambulance” at least every other time I write it).

Areas of interest to some readers could be real-life drama and even death, the expanding area of psychological trauma, healthcare worker fatigue, and resilience. There is also a parallel to the pandemic as the book includes a section on working around blood in the mid-‘80s when AIDS was poorly understood.

A: I am working on another book about peer support and the virtues of both communal healing and protection.

A: I believe my book is possibly an untapped area of interest. I have described it this way: The police story has been widely written and portrayed, the firefighter unceasingly praised, yet it is the ambulance EMT or paramedic who suddenly appears at the side of the sick and injured, and remains a mystery to most. Experience the sights, sounds, strategies, and raw emotions of this uniquely intense and rewarding occupation.

I like public speaking and am eager to engage audiences and promote Ambulance Man.