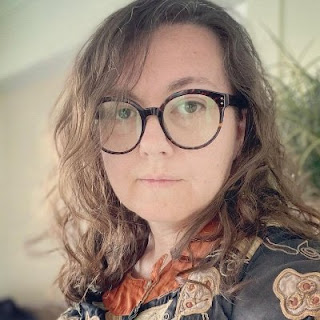 Libbie Grant is the author of the new novel The Prophet's Wife. She also writes under the name Olivia Hawker. She lives in the San Juan Islands.

Q: Why did you decide to write a novel based on the life of Emma Hale Smith, wife of Mormon founder Joseph Smith?

A: Way back in 2013, I knew I wanted to set a novel amid the founding years of the Latter-day Saint (Mormon) church. I was born into an LDS family and raised within the religion, but I’d left in my early 20s because, as it turned out, organized religion in general wasn’t my scene.

However, I still had a deep fascination with the history behind the religion. It was a totally unique fragment of American culture, and the religion came about through a whole series of unusual events.

I just thought it was a great story, and yet so few people know anything about the early days of the church. Even most church members don’t know the complete history, or don’t understand how it fits into the larger landscape of mid-19th-century American politics and sociology.

So I knew I wanted to write a novel within that setting, with the goal of bringing the history of the LDS church to a broader, secular audience. But for a long time, I couldn’t find the right approach to take. Initially, I tried using a large cast of characters, all of whom were close to Joseph Smith Jr. in some way, but that wasn’t creating the tension and intimacy I wanted for the book.

Then I tried writing just one chapter solely from Emma’s perspective, getting as deep into her thoughts and feelings as I could.

I think I chose Emma for that first chapter just because it was the scene where she first meets Joseph, when he comes to the Hale boarding house with Emma’s uncle William, who has brought Joseph along to help him locate a rumored buried treasure up in the hills.

Joseph stepping into the role of treasure-hunter was kind of the inciting event that kicked off everything else; it was the first domino that fell and eventually led to the creation of the church, and all the drama that came after. So I started there, where he arrived in Harmony, Pennsylvania, and that was also where he met Emma Hale, who would become his first wife.

As soon as I finished that chapter in Emma’s perspective, I knew the entire novel needed to be written from her point of view. It just felt right to me. I had a gut feeling that I’d found the correct voice for this story, and I’ve always been a writer who trusts my instincts.

Q: What did you see as the right balance between fiction and history as you wrote the book?

A: Almost all the events in this novel actually happened; I invented virtually nothing when it comes to actions the characters take, misfortunes that befall them…that sort of thing. Of course, I had to invent aspects like dialogue and Emma’s inner thoughts.

I’ve got an extensive historical note at the back of the book detailing where I changed facts—which I mostly did by condensing timelines, trying to keep the pace of the story as tight as possible. I did give Emma a romantic interest in another man, which was not supported by historical fact.

But everything else was taken from the works of a handful of highly regarded historians, all of whom cited primary or secondary sources. 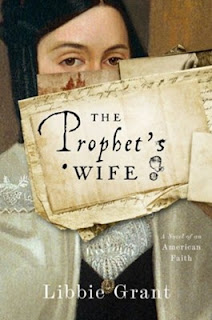 In general, that’s the way I like to write historical fiction: with as much adherence to fact as I can manage. I’m very proud of the research that went into The Prophet’s Wife; it manages to bring in some unusual and often-overlooked aspects of LDS history, such as the Smith family’s interest in Hermetic alchemy and Appalachian folk magic.

I’m afraid some modern LDS readers might take exception to my portrayal of the Smiths as being interested in these things, or my illustration of how Hermeticism influenced the religion. But the ties between the Mormon faith and ritual magic are quite evident in the historical records, as the historians D. Michael Quinn and John L. Brooke have shown.

I don’t think it’s a bad thing to be honest about the origin of the faith. I think it’s tremendously exciting and beautiful that colonial America saw its own unique syncretic tradition emerge, and that this religion went on to become part of the mainstream culture.

As a person who was raised in the culture, I really wish the LDS church would embrace its roots as a syncretic faith instead of trying to deny that rare and fascinating history.

Q: How did you research Emma's life, and did you learn anything especially surprising?

A: Just about everything I learned was surprising, even for someone who already knew a good portion of the history and expected a wild ride.

There was so much cultural turmoil during the early- to mid-19th century in the Northeast United States. There was this clash between people who were pushing for a science-based, rational approach to the world and a large faction of people with a fervid interest in religion and a conviction that Christ’s return was imminent.

That made for intense conflicts throughout society at every conceivable level; the smallest matters became very “us vs. them” and ostentatious displays of one’s faith (or lack thereof) became almost expected at every turn.

And new modes of belief popped up practically overnight, all these brand-new sects with new prophets and new interpretations of scripture. People would fall into these novel religions with a passion and intensity of focus that alienated a lot of them from their families and friends.

Mormonism was far from the only new religion that emerged in that time and place. There were literally dozens of new faiths just bursting into life all over the Northeast.

I spent years researching this book, and usually it doesn’t take me that long to pull together all my notes for a historical novel. But no matter how I tried, I couldn’t seem to get a solid start on writing The Prophet’s Wife until late 2019.

That meant the book found its publisher in 2020, and now it’s finally coming out during a point in 21st-century culture that mirrors the social upheaval of the book’s setting in some pretty interesting ways.

I’m not one to put much faith in a higher power, but maybe there’s a reason why I couldn’t write this book until 2019, despite feeling drawn toward the story all the way back in ’13. Maybe The Prophet’s Wife was waiting for the right moment to come into the world.

Q: How would you describe the dynamic between Joseph and Emma?

A: They have a marriage of duty, not one of love. Their sense of duty to one another (and to their children) is very strong, however. Joseph and Emma are each intensely important to the other. Neither of them can really imagine their world without their spouse, even when they’d prefer to.

It was a captivating challenge, to write about this kind of marriage. I’ve written about love-based marriages that are shaken by difficult circumstances, but never about a marriage that’s founded without romantic love, and yet it manages to hold together through some truly mind-boggling trials.

A: I’m in the place every writer hates to be: between books. It’s never a comfortable space, but I’m trying to enjoy the wide-open possibilities of this moment instead of fretting about what my next project will be. I hope to have something under contract and a new novel to announce before the summer, however.

A: I’ve written a few books under the pen name Olivia Hawker, so if readers enjoy The Prophet’s Wife and are hoping for more of my work (while I try to sort out what my next book should be), they might want to check out my pen name!