Q&A with Julia A. Stern 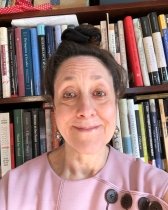 Julia A. Stern is the author of the new book Bette Davis Black and White. Her other books include Mary Chesnut's Civil War Epic. She is the Charles Deering McCormick Professor of Teaching Excellence and Professor of English and American Studies at Northwestern University.

Q: What initially intrigued you about Bette Davis, and how did you end up writing this book?

A: I discovered Bette Davis on the Midnight Movie on television in my early teen years; her pictures were a revelation, focused on powerful, brilliant, charismatic, and occasionally villainous women characters around whom entire stories turned. In the early 1970s, it was magical to see such a compelling actress commanding such narrative attention.

I became a Davis devotee; and much later, in the early 2000s, I was imitating scenes from Now, Voyager with an honors student, who told me I should be teaching this material.

That led me to craft a course centered around American women’s auteurship of the early 20th century, with Davis films as the finale of the course.

The memoir part of the book comes from having come into racial consciousness by watching Davis’s films featuring black actors, who had been deputized to play buffoons, but who pushed back against such phantasmagoria, resisting these stereotypes while seeming to enact them.

Q: What would you say are some of the most common perceptions and misconceptions about Davis? 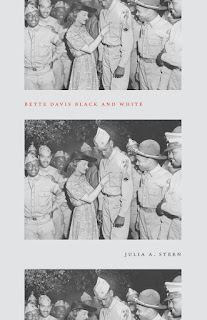 Misconceptions: that she hated and feuded with Joan Crawford; that she was impossible to work with; that she stole people’s limelight on film; that she was a monstrous mother.

Q: In the book, you describe conflicting information about Davis's views on race. How would you reconcile these perspectives?

A: Davis was an egalitarian who treated people with respect and dignity; she encouraged and mentored black actors; and she worked with Hattie McDaniel entertaining black troops in California. She also wore blackface masquerade on the occasion of her 70th birthday party.

I would say that she was a heroine in the black press whose racial activism was largely ignored by the white media. She desegregated the Hollywood Canteen as its president, but hardly encouraged mixed race dancing.

She was a complex figure, neither perfect nor radical, who nevertheless devoted much of her life to the advancement of racial equality, in big and smaller ways.

A: I hope readers will return to Davis’s films, read in black history, and rethink classic Hollywood’s political and cultural complexities.

A: I’m thinking about a project that would explore my teaching Faulkner, race, and politics over the last 30 years.

A: Remind people to return to classic Hollywood films, which have much to tell us about American history and culture.