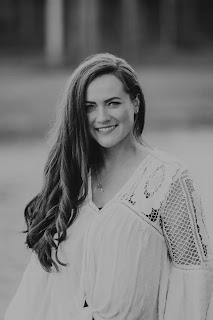 Rebecca Ross is the author of the new novel A River Enchanted. Her other books include the YA novel Dreams Lie Beneath. She lives in Georgia.

Q: What inspired you to write A River Enchanted, and how did you create your characters Jack and Adaira?

A: All my previous stories were inspired by character, so it was a surprise when this book was first inspired by the setting. I envisioned a misty, beautiful isle that was steeped in magic, and I was so intrigued by it that I asked, “Who are the people who live here?”

That led me to discover Torin and Sidra, who were initially two secondary characters but who grew to become very vital to the story. I next discovered Adaira, the heiress of the isle, but I felt like I was still missing my main character.

I knew I found him when I was scribbling down ideas in my journal and came across Jack. I saw him sitting in a university, playing a harp with a melancholy spirit. I knew right away that he was far from his home on the isle, that he was estranged from his family and clan, and that he longed to find a place where he belonged.

And once I started writing, the story came together swiftly.

Q: The writer Hannah Whitten said of the book, “With lush world building and lyrical prose, A River Enchanted feels like the echo of a folktale from a world right next to our own.” What do you think of that description, and do you think the novel has elements of a folktale?

A: I love what Hannah said about my book and am so honored by it! I do think that the story has folkloric elements. The spirits of the isle were inspired by Scottish folklore, which I find so fascinating. 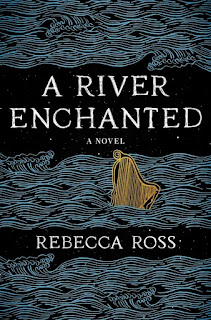 One of my favorite pieces of folklore are how different winds have certain colors and carry different meanings and forebodings, and how it’s wise to always pay attention to which one is blowing. You’ll find that reflected in A River Enchanted, where the wind on the isle can carry gossip and cause all kind of mischief and danger.

A: I had a pretty good idea on how I wanted it to end, I just didn’t know how I was going to get there. I’m a discovery writer, so I uncover most of my plot as I’m writing it, which can make for an exciting (and sometimes terrifying) draft.

I rewrote the ending multiple times over several drafts, but the bones of it remained the same, even if it took me a while to figure out the best way to let it unfold.

A: There are many things I hope readers take away from this book, but here are two of the main ones that I see within it: there is great strength in being soft, and home is more than just a place; it’s where your people are.

A: I’m currently working on my next Young Adult fantasy novel, Iris at the Front, which is publishing with Wednesday Books early next year. I pitch it as You’ve Got Mail in a WWI-inspired setting, where two rivals at a newspaper fall in love through letters.

I’m also about to get started on editing the sequel for A River Enchanted. I’m hoping to share the title, pub date, and summary for this sequel very soon!

A: I have a music playlist for A River Enchanted on my Spotify account. It includes songs I listened to while I was writing the book and that inspired certain scenes. The music, from beginning to end, charts the emotional arc of the book.

I like to let readers know about it, in case they want to listen to the music before, during, or after they read. You can find it as well as all my book playlists on my Spotify account @ beccajross.