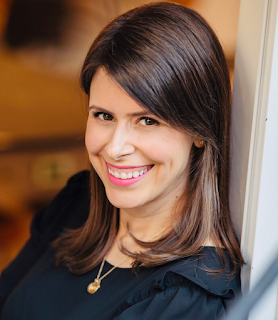 Danielle Friedman is the author of the new book Let's Get Physical: How Women Discovered Exercise and Reshaped the World. A journalist, her work has appeared in a variety of publications, including The New York Times and The Cut. She lives in New York City.

A: The book has a pretty organic origin story. I decided to take my first barre workout class in the leadup to my wedding. I was intrigued by the history and the subculture of barre. A lot of the moves seemed sexual in nature, and I started investigating a story about whether barre helped women’s sexual health.

I stumbled upon [barre originator] Lotte Berk and was fascinated by her story. I decided to write about her for The Cut.

I thought that I would love to talk to someone writing a history of women’s fitness, but the book didn’t exist. I started out as a book editor before I moved to journalism. A light bulb went off [about writing such a book].

Q: What were some of the surprises you uncovered in researching women’s fitness?

A: How recently it became the cultural force that it is. It’s so ubiquitous and powerful today, it’s still hard to wrap my head around it—that just 40 or 50 years ago, there were a lot of myths and taboos around women sweating or cultivating strength. One of my goals throughout was to research the history and make it known to a younger generation of women who have only known access to fitness.

The fun thing with every chapter of women’s fitness history is that there are smaller, delightful surprises along the way, or something shocking but still interesting—for example, that the sports bra was not invented until 1977. I’m a fan of hidden histories, and I’ve loved being able to share them.

Q: The first person you focus on in the book is Bonnie Prudden. Why did you start here, and what contribution did she make to women’s exercise?

A: I initially planned to focus on a woman named Debbie Drake, a contemporary of Prudden’s. She had an album, How To Keep Your Husband Happy, which was an extreme case of fitness sold as femininity.

Bonnie is usually glossed over in the histories that do exist. She also went by the name Ruth Hirschland, and some texts didn’t recognize that they were the same person. I read all about her. Not only did she have a TV fitness show, but she was a mountaineer, and she helped institute the President’s Physical Fitness Test. Her longtime associate Enid Whittaker maintained an archive with a tremendous wealth of information.

Q: Jane Fonda also is a major figure in the book, something of a phenomenon for women’s fitness. What would you say about her role?

A: She was a phenomenon, and still is. There is another aerobics pioneer, Ken Alan, who sees women’s fitness as “BJ” and “AJ”—Before Jane and After Jane. I wanted to show that there was fitness before Jane Fonda. People born in the ‘80s and later think it began with her.

She was significant—she was the first Hollywood celebrity who was already a major star to go into the fitness business. There had been starlets who were ahead of the curve with what they were willing to do to be beautiful, but Jane actually made it her business. She started the business to fund her husband Tom Hayden’s political campaign. 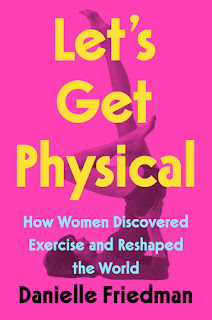 Once she had a bestselling book and video, she brought the idea that women could benefit from taking care of their bodies to the world. She is credited with launching the home workout industry and the home video industry.

Q: The New York Times review of the book, by Alexandra Jacobs, says your book “is very much ‘pro’ exercise, but for the right reasons: not slimming down but mood management, community, spirituality in the corporal.” What do you think of that description?

A: I love that description. It’s included in my email signature at the moment! Women’s fitness is a very complex and fraught topic—there are the negative effects the industry has had on women, and there’s a history of exclusion.

I set out to explore how fitness and beauty became so intertwined, and why fitness experts were pitching the idea of a makeover to women. I tried telling the story in as clear-eyed a way as possible, to look at the good, the bad, and everything in between.

It was true for me and the majority of the women I interviewed for the book—many women are initially motivated to change the way they look but come to reap a more profound benefit. That’s why it matters, and why it is a feminist story.

Q: You mentioned exclusion, and race is an issue you discuss in the book. Is that changing? What do you see happening now?

A: It has changed. We are at the beginning of an expansion that needs to happen when it comes to fitness. It was important to me to document the overt and covert ways the industry excluded women of color.

The chapter on the rise of the gym talks about the notorious exclusion of people by marking people of color as “DNWAM,” “do not want as member.” There are stories of Black women who felt unwelcome in group fitness classes where they were the only Black woman and the ideal was held up of a slim white woman.

Peleton is walking the walk, or maybe I should say riding the ride, when it comes to representation and elevating people of color to leadership positions.

The cultural representation of who fitness is for and what a fit body looks like is starting to expand, but there’s a lot of work ahead.

Q: In the book, you talk about Olivia Newton-John’s 1981 song “Let’s Get Physical.” What was the song’s impact, and how was the book’s title chosen?

A: Her song—it’s the 40th anniversary of the music video’s debut on TV—reflected the times and the explosion of gym culture in women’s fitness by making it sexy. It encouraged participating. It was part of a trend of popular culture not glorifying gym culture—it was often poking fun at it—but it reinforced the idea that gyms were places for beautiful people to see and be seen. It was a big shift from Bonnie Prudden’s day.

It’s interesting that the song, which Billboard listed as the #1 song of the ‘80s, is linked to the idea of fitness culture. If it was not the dominant culture, it was lifted to a dominant place.

I went through a few different titles. Sweat was one possibility, but that was the title of another book that was coming out. I thought of Work Out as two separate words. We wanted something that captured the retro aspect of the book, and the playfulness. Let’s Get Physical hit those marks.

Q: How would you describe the impact of the pandemic on women’s fitness, and what do you see looking ahead?

A: The pandemic led so many people to reevaluate their priorities, take stock of their lives, and look at what truly makes them feel good, as opposed to a habit one does because one should. I’ve heard from many women with a deeper appreciation for more gentle forms of exercise like yoga and walking. It’s a way to support our mental health; it’s more explicitly positioned that way.

I think we will continue to see fitness as a tool for mental health. In exploring that, we will be looking at the parts of fitness culture that need to be changed--that hinder, not support, women’s health.

The last chapter, Expand, shows that we’re expanding the idea of what a fit body looks like and who fitness is for.

A: Not yet, but I feel very fortunate. I loved every part of this process, and I would love to continue writing books.