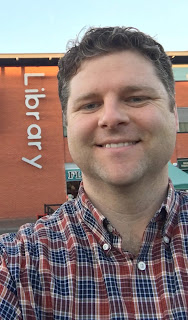 Justin Reed is the author of the new novel However Long the Day. A former software engineer and executive, he lives in Boise, Idaho.

Q: What inspired you to write However Long the Day, and how did you create your characters Niall and Frederick?

A: It all started with a prompt from an Instagram follower.

In May 2020, cooped up in my office because of COVID, I was in a writing funk. I had written a novel I wasn’t happy with (also historical fiction, set in the earliest days of Idaho Territory) and lacked motivation to finish the second draft. I craved a diversion, a way to clear my head. I woke up one day with an idea.

I polled my Instagram followers for story prompts, with a promise I would write something to entertain them during lockdown. Each story had a connection to a pandemic, and took the opportunity to experiment with new writing techniques.

One of the prompts—An alien and a boy switch places, like the Parent Trap but with aliens—sparked something inside me. I discovered, after 4,000 words, I had written a first chapter rather than a complete story.

The contrarian inside me tried to wriggle out of the creative box into which these prompts put me. For this story, I played with the definition and historical usage of the word alien. Thus was born Niall—an Irish immigrant (an alien, in the parlance of the day) newly arrived in 1918 New York City—and Frederick—a rich ne’er-do-well from Manhattan’s Upper East Side.

This flowed onto the page and saturated the main characters and their actions on the night of October 15, 1918.

A: I didn’t know how the book would end, and yes, I made many changes to the characters, settings, and themes.

I wrote sans outline (one of the writing techniques I explored), and discovered the plot as I went. In truth, I discovered a plot, of which only fragments remained beyond the first draft.

What I really discovered were the characters. I came to understand them, to anticipate their reactions to various situations, to nestle them into alleys, parlors, stoops, and hidden passages. The novel blossomed from there. 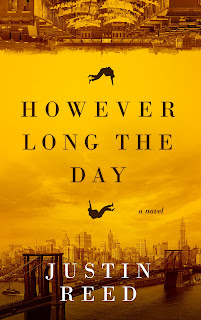 A trusted friend read my first draft. We discussed what worked and what didn’t. I found, to my horror, I didn’t know the purpose of my own novel (maybe this is to be expected). The subsequent introspection drove many later changes, especially to the second half of the book.

Q: The book takes place in New York in 1918. Why did you choose that setting, and how important is setting to you in your writing?

A: New York City was a natural port of entry for an Irish immigrant. I considered Boston, Philadelphia, Pittsburgh, Baltimore, and Chicago, but New York City just felt right. I can’t even point to a specific reason for the feeling.

I didn’t spend a lot of time debating with myself about the setting either. When I began telling myself the story, I pictured Manhattan brownstones, so I went with it. I’m grateful I did. I learned a host of interesting historical bits about the area.

The year 1918 was an obvious choice: October 1918 was the height of the Spanish Flu pandemic.

Historical fiction is wonderful because its setting includes both space and time.

A: I needed to do substantial research. I used many resources: books, maps, photographs, newspaper articles, magazines, advertisements, music, catalogs, police reports, menus, and more. Most were published between 1915 and 1921. The New York Public Library and the Brooklyn Public Library were my good friends through the process, as was the Library of Congress.

I learned many surprising things. The era was one of upheaval. Many conveniences of today existed but hadn’t taken root (vacuum cleaners, refrigerators, processed foods). Many industries were in their twilight (ice delivery, horse-drawn vehicles). I spent a lot of time figuring out which products were in wide use at the time, and which weren’t.

One of the most startling reminders came in the area of mass transit. The Second and Third Avenue elevated trains used by my characters—with their massive steel pillars, beams, and platforms—were demolished during World War II. I marvel at the willingness to scrap such a large investment in the name of progress.

A: I have been practicing this answer: I have several novels in various stages of development, but I’m not ready to discuss them publicly yet. One of the lessons from my prior career as a software executive: underpromise and overdeliver!

A: However Long the Day will be out on February 15, 2022, in hardcover, ebook, and audiobook. The audiobook is narrated by an excellent Irish actor, and it turned out better than I could have hoped. I can’t wait for people to hear it. The book is available wherever books/ebooks/audiobooks are sold.