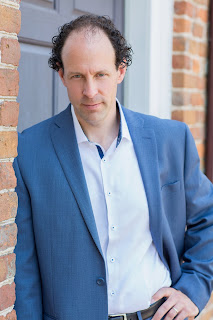 Brad Parks is the author of the new novel Interference. His other books include The Last Act and Closer Than You Know. A former journalist with The Washington Post and The Star-Ledger, he lives in Virginia.

Q: Why did you decide to focus on quantum physics in your new novel?

A: As an unapologetic nerd, I’ve long had an interest in science. Not the doing of it, per se—too tedious for me—but the ideas that come out of the doing. I’m fascinated by all the ways in which humans have attempted to explain the world around them and how those theories have changed through time.

Physicists have a particularly compelling worldview because—again, nerd here—they have so much math to back up their story. So I had long wanted to write a novel that involved physics, I just could quite figure out how to make my book fit the science.

Finally, I had a brainstorm: I’ll make the science fit my book! The premise of Interference—that a scientist would be kidnapped, and his research might be used to save him—was born shortly thereafter. 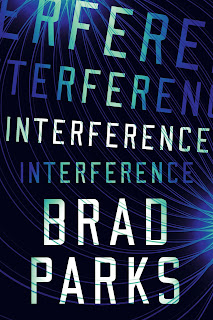 A: Yes to both! I had already done a lot of reading on quantum physics, particularly from that fascinating era in the late 19th and early 20th century when the classical physics of Newton was in crisis and people like Albert Einstein and Niels Bohr were coming along to upend our conception of the universe.

A college buddy of mine, David Kaiser, is now a physics professor at MIT. So I called him up and started spit-balling ideas. (It helps to have smart friends.) Dave had done a lot of work in the area of quantum entanglement, which is surprising, delightful, and baffling all at the same time.

Entanglement is this eerie notion that two particles can maintain a connection to one another even when separated across vast distances. And no one has a clue how they do it. That’s a great mystery right there. 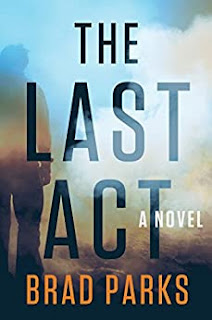 Beyond that, merely the word “entanglement” holds all kinds of possibility when thrown into a fictional context. Because isn’t that what most novels are about—people and things who get entangled with one another?

A: So . . . many . . . changes. I subscribe to the E.L. Doctorow theory: Writing a novel is like driving a car at night; you only need to see as far as your headlights. But what that really means is there’s also a lot of stumbling around in the dark. Then, once I’ve made the trip, I go back and make it look like I meant to go that way all along.

It’s a frightening and entirely inefficient way to concoct a novel. But I’ve tried it the other way—outlining beginning, middle, and end—and it turns out that just doesn’t work for me. I need the excitement (and, often, sheer terror) of not knowing what happens next. 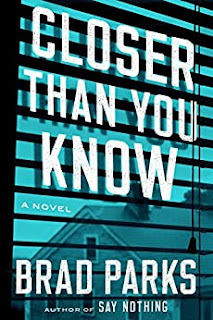 A: I’m not one who believes authors should dictate such things—or even have such things in mind when we write. It’s really the reader’s job to decide this one. So to keep it really simple: I hope readers take away that I’ve made them neglect their laundry, ignore their dishes, and stay up way too late while they finished the book because they just had to see how it ended.

A: My next novel is called Unthinkable. It’s about an ordinary stay-at-home dad who is presented with a choice: He can either kill his wife or a billion people will die. Cheery, no?

A: As an author, I’m cognizant that people have a lot of options for how they spend their time. I’m grateful when they choose to invest in my work the six to eight hours it takes to read a book. I try very hard to make it worth their while.