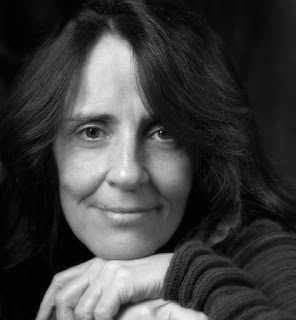 Suzzy Roche is the author of the new novel The Town Crazy. She also has written the novel Wayward Saints and the children's book Want to Be in a Band?. A musician, she was a founding member of the group The Roches, along with her sisters.

Q: How did you come up with the idea for The Town Crazy, and how was the book's title chosen?

A: There were a few ideas that converged. I’ve always had a fascination with the poet Anne Sexton. I keep her collected works by my bed. Her poems cry. They seem to reflect the despair of a housewife in the ‘50s and ‘60s.

I was born in 1956 and grew up in a small suburban town. Catholicism was a huge influence on my early life, as if I was steeped in a pot of Catholic tea.

However, I remember very little about myself as a child, and was interested to explore those forgotten years. All I had to go on were shards of memories, and the feeling of being a child, of watching the adults. The world seemed like a scary place. 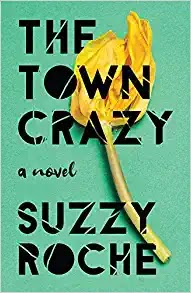 The title The Town Crazy came to me in a flash early on. I knew it was the right title. Obviously, it refers to one character, but also to the entire town. I love the way the title looks. I actually have a “thing” about the way words look.

Q: The novel takes place in 1961 in a small Pennsylvania town. Why did you choose that time period and setting?

A: Hanzloo, Pennsylvania is not a real town. I thought of it because as a touring musician I’ve driven across Pennsylvania a million times. It’s a very long state, and it’s the gateway from New York City to the Midwest, where I have often toured.

I thought I remembered a sign on the highway for a town that looked something like Hanzloo, but I doubt there is such a sign. Again, I liked the way it looked on the page. 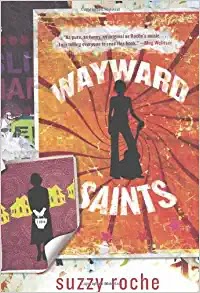 A: I know that many writers have an outline before they write a book, but I had no idea what was going to happen in my book. It turns out to have quite a detailed plot, almost like an intricate puzzle, but I kept focusing on the deeper feelings of the characters. I was trained as an actress, so I guess I become deeply curious about the characters and understanding them from every angle.

Of course, all of the characters in the book are fictional, but they presented themselves to me as real.

Q: How do fiction writing and music coexist for you?

A: Writing fiction and writing songs are intertwined for me. Many of my songs are mini-short stories. It all boils down to making something out of nothing. My life’s work!

A: What’s next? I have just completed a recording with my daughter Lucy Wainwright Roche called I Can Still Hear You due out on Oct. 30. We began the album in Nashville at the end of February 2020 but completed it in our bedrooms during the bleak and frightening lockdown in New York City. It’s a real “pandemic” baby. It sounds so beautiful.

But I have to say, it’s a strange time to be releasing a book AND a record. All our gigs are virtual or postponed, check my website for updates. 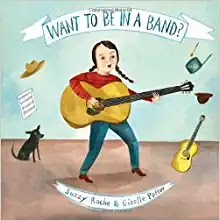 A: One last thing I’d like to say about The Town Crazy is that when I was writing the book, I was struck by how different life is for women now. I consider the book a cautionary tale. I worry that younger people won’t understand what life was like then. The idea of going “back” to an America in the ‘50s and early ‘60s is a nightmare for many women.

The pendulum swings back and forth, and I think we’re seeing that now.