Julie Clark is the author of the new novel The Last Flight. She also has written the novel The Ones We Choose. She lives in Santa Monica, California.

Q: How did you come up with the idea for The Last Flight, and for your characters Claire and Eva?

A: I wanted to write about a woman who tried to vanish...the idea of disappearing from your life is very compelling to me. Can it be done? If so, how?

The most common reason a person might need to disappear is someone trying to escape an abusive situation. They would need to disappear so their abuser cannot come after them. So setting that up for Claire was where I started. 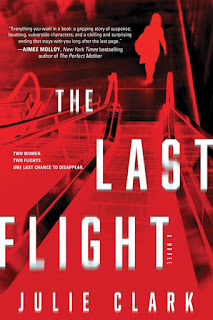 A: I knew very early on how I wanted the book to end for both Claire and Eva. A lot changed along the way, but the ending remained mostly intact.

Q: The Kirkus Review of the book says, "Propulsive prose drives Clark’s tale of the intersecting lives of these two smart and resourceful women, and emphasis is placed on the importance of female friendship and support." What do you think of that description?

A: I was very happy with that review, and very gratified that they understood what I was trying to do with the book. This story is bigger than just an exciting plot. It's a story of female empowerment, told by two strong, smart women. 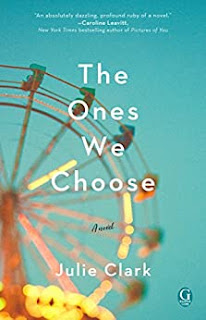 A: I've read everything Jodi Picoult has ever written, as well as Barbara Kingsolver. Anna Quindlen is another favorite of mine.

A: I'm working on a domestic suspense about a family with some very dark secrets. It's pretty early in the process, so I'm still figuring out what it's about myself!

A: Thanks so much for reading The Last Flight!