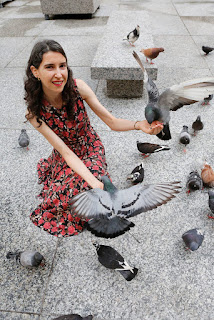 Kathleen Rooney is the author of the new novel Cher Ami and Major Whittlesey, which focuses on a soldier and a messenger pigeon in World War I. Her other books include the novel Lillian Boxfish Takes a Walk. She is a founding editor of Rose Metal Press, and she teaches in the English department at DePaul University. She lives in Chicago.

Q: You note that you first learned about the pigeon Cher Ami in a poem written by one of your students. What eventually led you to write this novel?

A: World War I has always been the war with which I am the most obsessed. It was such a literary war in the sense that so many participants on the Western Front at least (less so on the Eastern because many of them were illiterate and left no record, sadly) wrote harrowing, heart-rending accounts of their experiences.

This record arose partly because it’s one of the last wars America fought in that involved people of every class background, not just the economically strapped. Educated college men with great verbal facility fought alongside the poorest of their fellows. This does not usually happen anymore because of economic inequality.

I loved the all too short-lived TV series The Young Indiana Jones Chronicles, and Indy fought in WWI and the show did a surprisingly good job showing how absolutely pointless and futile the conflict was. I’d argue that all war is pointless and futile. But in WWI that fact is writ especially large.

So when Brian’s poem clued me into the story of Cher Ami and Major Whittlesey—this extraordinary episode in which a tiny homing pigeon saved a group of incredibly tenacious soldiers from a friendly fire incident—I was astonished that I hadn’t heard of it before.

From the moment I landed on Cher Ami’s Wikipedia page, I knew that this story within the much bigger and even more bewildering story of the Great War itself, was one I had to tell. 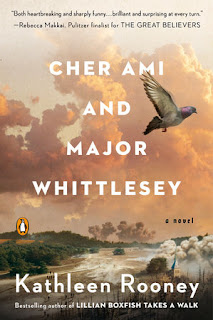 A: One of the first things I did was to go to Washington, D.C., in the summer of 2014 and pay a visit to the Smithsonian National Museum of American History where Cher Ami herself is housed in the “Price of Freedom” Exhibit. She was so renowned in her day that when she died in 1919, they had her stuffed and placed on display.

Seeing her taxidermied body on display with her most prominent wound—the missing leg—clearly visible was a profound experience.

I knew that homing pigeons were small—just pigeon-sized. But her relative tininess to the magnitude of her service and the conflict itself stuck with me through the years I was writing the book, and proved just as useful as all the more traditional book and newspaper-based research I did as well.

Q: What was it like to write from the perspective of a pigeon?

A: In a 2015 review of Joyce Carol Oates’ novel The Sacrifice, Roxane Gay coined the useful term writing difference. “Writing difference,” she wrote, “is a challenge, particularly in fiction. How do men write women and vice versa? How do writers of one race or ethnicity write about people of another race or ethnicity? More important, how do writers tackle difference without reducing their characters to caricatures or stereotypes?”

In order to write difference well, she concludes, an author needs “empathy, an ability to respect the humanity of those you mean to represent.” 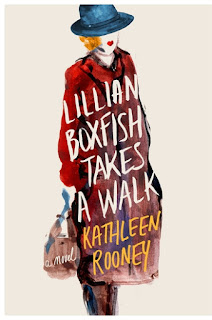 Granted, I did my best to keep empathy and humanity top of mind when I wrote the 85-year-old protagonist of my novel Lillian Boxfish Takes a Walk, as well as the gay World War I veteran Charles Whittlesey in this novel. But I believe that it’s possible and even necessary in these Anthropocenic times to write from the perspective not only of other humans who are different but also other beings.

That is why, in Cher Ami and Major Whittlesey, I’ve written across species, doing half the book in the first person perspective of a dead messenger pigeon. This decision posed a huge challenge, but was also a ton of fun because writing across species declares up front how presumptuous an author is being about writing difference.

I am not now nor have I ever been a pigeon, but fiction was the ideal format in which to go big and get weird and in the process to try to call attention not just to a human issue but a planetary one.

In short, writing across species (or even, if you wanted to, writing from the perspective of a place or object or other non-human entity) can not just humanize, but personize all sorts of things, adding to our understanding of the world and how we fit within it.

Q: What do you think the novel says about war, and what do you hope readers take away from the story?

A: It can be hard to write an anti-war book because the peril of glamorizing or romanticizing combat and heroism is ever-present. As Cher Ami herself says:

Events that should have been singular and era-defining became commonplace, like an ancient stone bridge blown up, or a church collapsed by the tremor of the guns, or a cedar tree that had stood for four centuries splintered to kindling by a shell. Men’s bodies sustained the same damage, but this ceased to be worthy of remark.

But if I were to narrate all this to the Smithsonian’s visitors, I fear it would fail in its intended effect. I’d be making war sound interesting—or, even worse, sublime. Humans can read glory into the most abhorrent circumstances. They believe that stories help them understand, but in fact they often merely help them pay attention. The idea that the war can be known by way of a few representative accounts of heroism and misery is a falsehood.

I hope I haven’t made war sound anything other than an awful folly that can and should be avoided. Nobody wins a war; everyone loses.

A: My latest project, still in relatively early stages, is another historical novel about a once famous and now mostly forgotten figure, this time, a brilliant silent film star from the 1910s and 1920s. She’s a hilarious comedian and my favorite early motion picture actress.

A: Yes! People didn’t start calling pigeons “rats with wings” until this false idea was popularized in the 1980 movie Stardust Memories; pigeons are actually quite clean and not at all disease-ridden. They’re remarkably intelligent and affectionate birds and I hope this book helps people see them with new eyes.