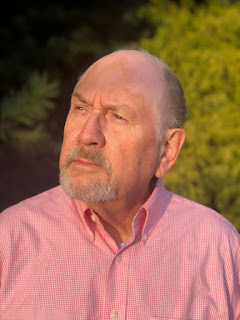 James H. Lewis is the author of the new novel Novak's Mission. He also has written the novels Sins of Omission and Breaking News. A former journalist, he lives in Pittsburgh.

Q: How did you come up with the idea for Novak's Mission?

A: When I moved to Pittsburgh four years ago, the hodgepodge of local municipalities struck me, each with its own police force, struck me.

As I write in the book, “Boyleston [my fictional borough] was one of 130 municipalities in Allegheny County, ranging in population from Pittsburgh’s three hundred thousand to Haysville’s seventy. They were served by 109 police agencies, some employing only one officer, many distinguished by their levels of ineptitude.”

To understand my reaction to this, it may be helpful to know that, five decades ago, I covered the consolidation of city and county government in Jacksonville, Duval County, Florida. The resulting countywide government made a lasting impression on me, and I am forever comparing how local governments are organized to that efficient model. Pittsburgh is its antithesis.

Almost weekly, local news media carried a story of some scandal or serious misjudgment occurring in one or the other of them. it struck me that the background would be perfect for a police procedural. As Carl Hiaasen has found in his Florida mysteries, at the best material comes from reading the local news. 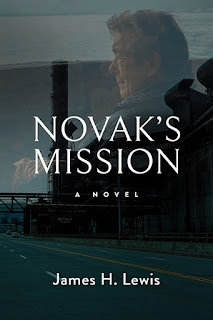 Q: The novel takes place in a community near Pittsburgh. Can you say more about why you chose that as the book's setting?

A: Pittsburgh is such fertile ground for a novelist. Besides the governance issues I just mentioned, you have a rich industrial history, deeply entrenched family relationships extending back for generations, and a variety of ethnic backgrounds that make the area a cultural tapestry. I borrowed on all of it.

The protagonist is a second-generation Slovak. His mother was born in a rural Slovakian village and was trapped there prior to the war, even though her father had emigrated to the U.S. I based her life on that of my neighbor, Albina Senko, whose husband is the Honorary Slovak consul here. I got a lot of background from the two of them and dedicated this book to Albina.

One officer on the Boyleston force is a Black man who has been struggling to gain a foothold in this White world. Another is a woman whom the former chief has disparaged. She has lived all over the world and makes observations on the provincialism she finds in Pittsburgh. 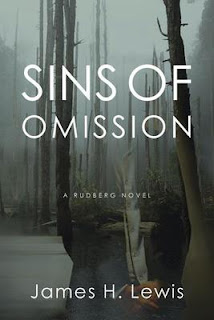 The Catholic church provided another important theme. The protagonist feels a deep antipathy to the local priest, and I can’t disclose his reasons without giving away an important plot point. You can’t get under the skin of Pittsburgh without recognizing its three dominant religious communities—Catholic, Presbyterian, and Jewish.

Q: Given the focus lately on policing, what do you think Novak's story adds to that conversation?

A: Because I see this as the first in a three-book series, there are contemporary issues I have yet to touch, but I delve deeply into the temptations officers face for financial and sexual corruption. Most of the officers in the book resist these enticements. They are decent people, dedicated to doing the right thing, and that is a major theme of the protagonist’s—Novak’s—Mission.

Q: What initially got you interested in writing fiction?

A: I have always wanted to write fiction, but my work schedule intruded.

As we discussed when you interviewed me for Sins of Omission, the presidential election in 2016 turned something loose, compelling me to write a contemporary story based on the racial discrimination and outright violence I witnessed as a young reporter in Florida in the ‘60s. Once I had proved I could write something others were willing to read, there was no stopping me. 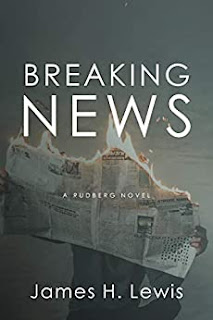 A: While I plot the next book in the Novak series, I’m working on a novel that takes place in Canada during the Second World War. Two years ago I was reading the excellent history of British and American negotiations over conduct of the war in Europe, “Advocating Overlord” by Philip Padgett, when one paragraph jumped out.

I wrote Phil, an old friend whom you’ve also interviewed, and told him I’d found the kernel of a novel hiding in his pages. He knew the incident I had in mind without my telling him and showered me with research. I had hoped to make it to Ontario this summer to visit sites where this novel will take place, but COVID prevented that.

While I continue work on the first draft, I hope to make the trip next spring to add the texture so necessary to a believable story.

A: As my grandson, Caeden, would say, "I’m still standing, yeah, yeah, yeah."